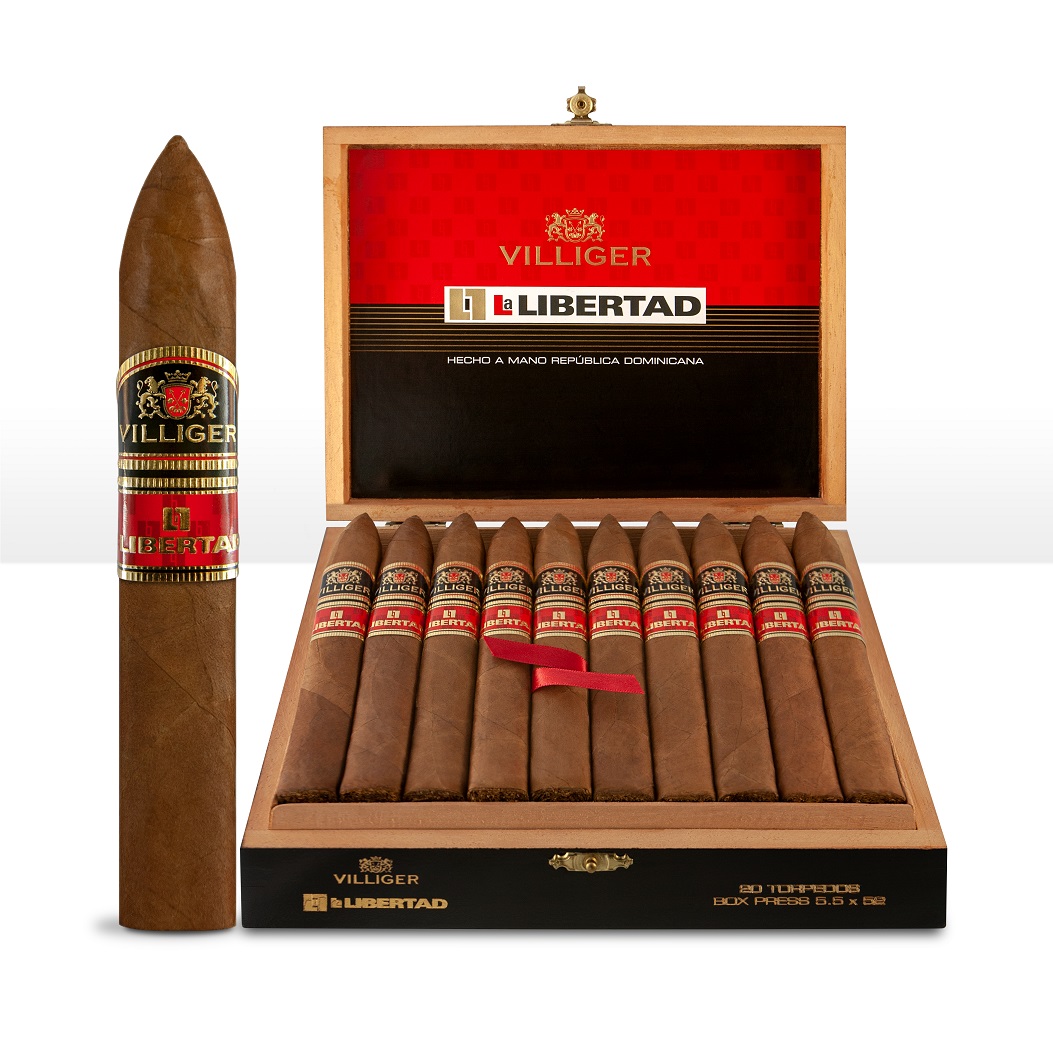 Villiger Cigars has announced a packaging update to its Villiger La Libertad line. The cigars will now feature a primary band with the Villiger logo consistent with the other offerings in the Villiger portfolio. The “La Libertad” name will remain as a part of a secondary band on the cigar.

In a press release, Villiger North America President Rene Castañeda commented: “The Villiger La Libertad is a cigar that is a personal favorite and we are happy that this high rated brand will now be properly represented as a Villiger brand.”

The Villiger La Libertad is produced at the ABAM factory in the Dominican Republic and blended by Jose Martiás Maragoto. The blend features a Brazilian wrapper over a Nicaraguan binder and a combination of Nicaraguan and Dominican fillers. The cigars are available in four sizes: Robusto (5 x 52), Torpedo Box Pressed (5 1/2 x 52), Churchill (6 1/2 x 60), and Massive (6 x 60). Each is presented in 20-count boxes.