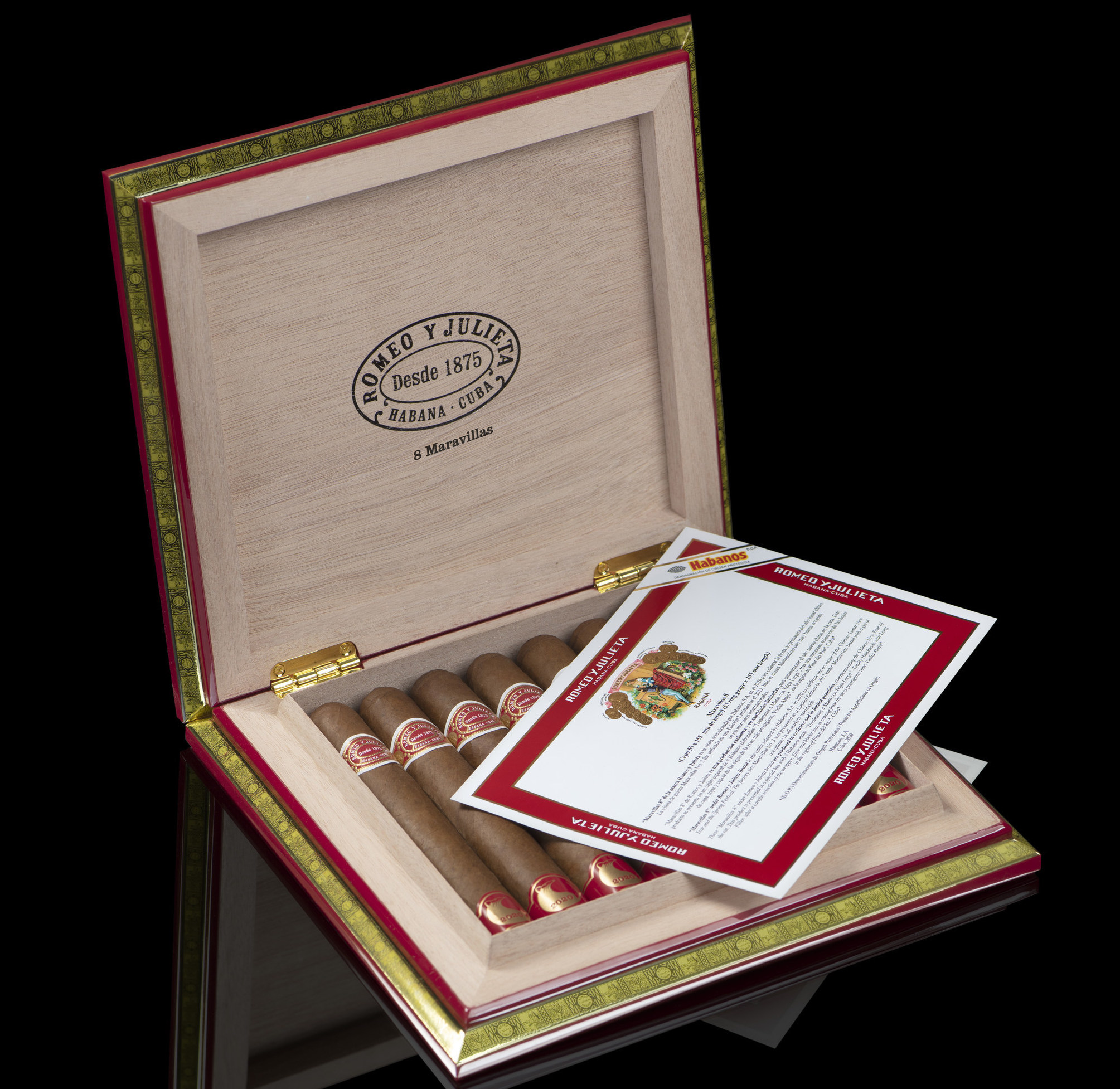 Maravillas is known as a “vitola de galleria” (vitola name of the factory). It is a name typically given to 55 ring gauge cigars by Habanos S.A. The Romeo y Julieta Maravillas 8 uses a vitola size known as Maravillas No. 3.

China has been described as an expanding market for Habanos S.A. It has also been referred to by Habano S.A. as the second most important market next to Spain.