Jas Sum Kral (JSL) Cigars has announced a third blend under its Tyrannical Buc line. This one will feature an Ecuadorian Habano wrapper and join the Broadleaf and Connecticut Shade offerings. The new Tyrannical Buc Habano will be an exclusive offering to Ezra Zion Cigar Company’s two Texas-based retail stores as well as its Cigar Federation online store.

In addition to an Ecuadorian Habano wrapper, the JSK Tyrannical Buc Habano features a Nicaraguan binder from Jalapa and a combination of Nicaraguan tobaccos from Condega and Estelí as well as Pennsylvania USA tobacco. The cigar comes in one size – a 6 1/2 x 50 Dobles. It will be available in five-packs featuring a detachable Tyrannical Buc embroidered patch. A total of 2,500 cigars have been produced with pricing set at $49.95 per pack. 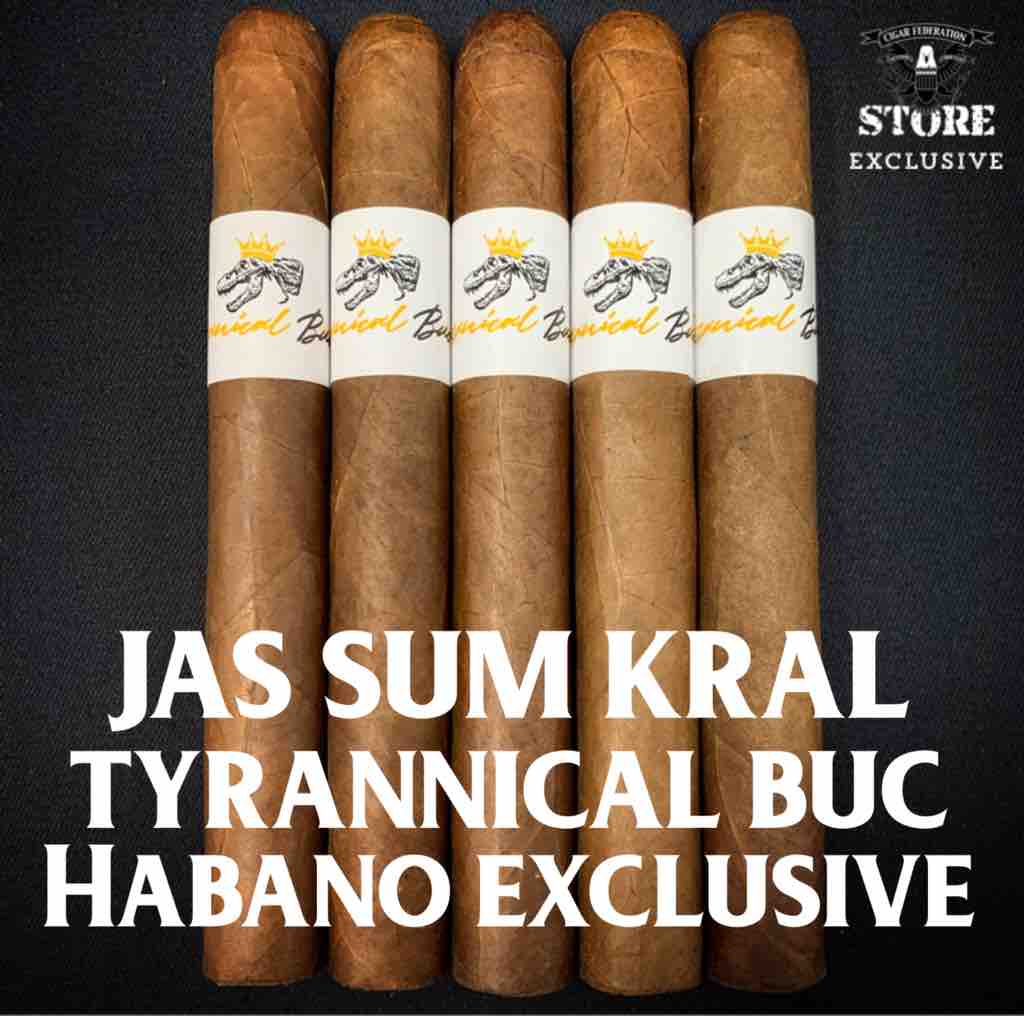 “This is our greatest Tyrannical Buc release ever. The tobaccos are some of the most legendary stuff I’ve ever worked with,” commented Jas Sum Kral owner Riste Ristevski in a press release.

At a glance, here is a look at the JSK Tyrannical Buc Habano: