There will be at least one more Crowned Heads limited edition cigar to close out 2019. Today the company announced the Headley Grange Chamuco LE2019. This cigar introduces a Mexican San Andres wrapped offering under Crowned Heads’ Headley Grange brand.

The Chamuco is a name for a dog frequently called the Mexican Pit Bull. It builds on the theme of Headley Grange. The dog breed is said to have originated in central Mexico back in the 1970s as a cross between American Pit Bull Terrier and the now-extinct Mexican Bull Dog. Headley Grange is named for the famed recording studio. Led Zeppelin was a band that recorded at that studio. It was John Bohnam’s opening drum track from “When the Levee Breaks” that inspired the original Headley Grange blend.  The Headley Grange Black Dog is a play on another Led Zeppelin song, with the same name “Black Dog.” This was followed by the Headley Grange Black Lab which refers to a labrador retriever that was said to have inspired the Black Dog song.

In addition to the Mexican San Andres wrapper, the blend incorporates Nicaraguan tobaccos for the binder and filler. As with all Headley Grange cigars, production is handled at Ernesto Perez-Carrillo Jr’s Tabacalera La Alianza. 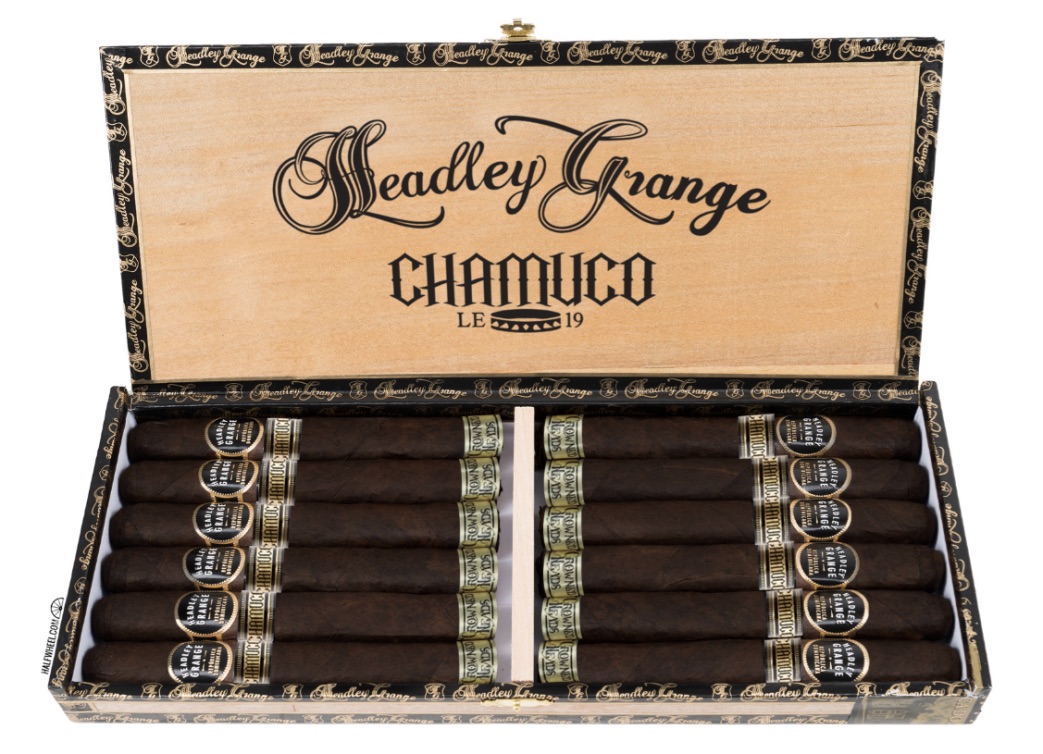