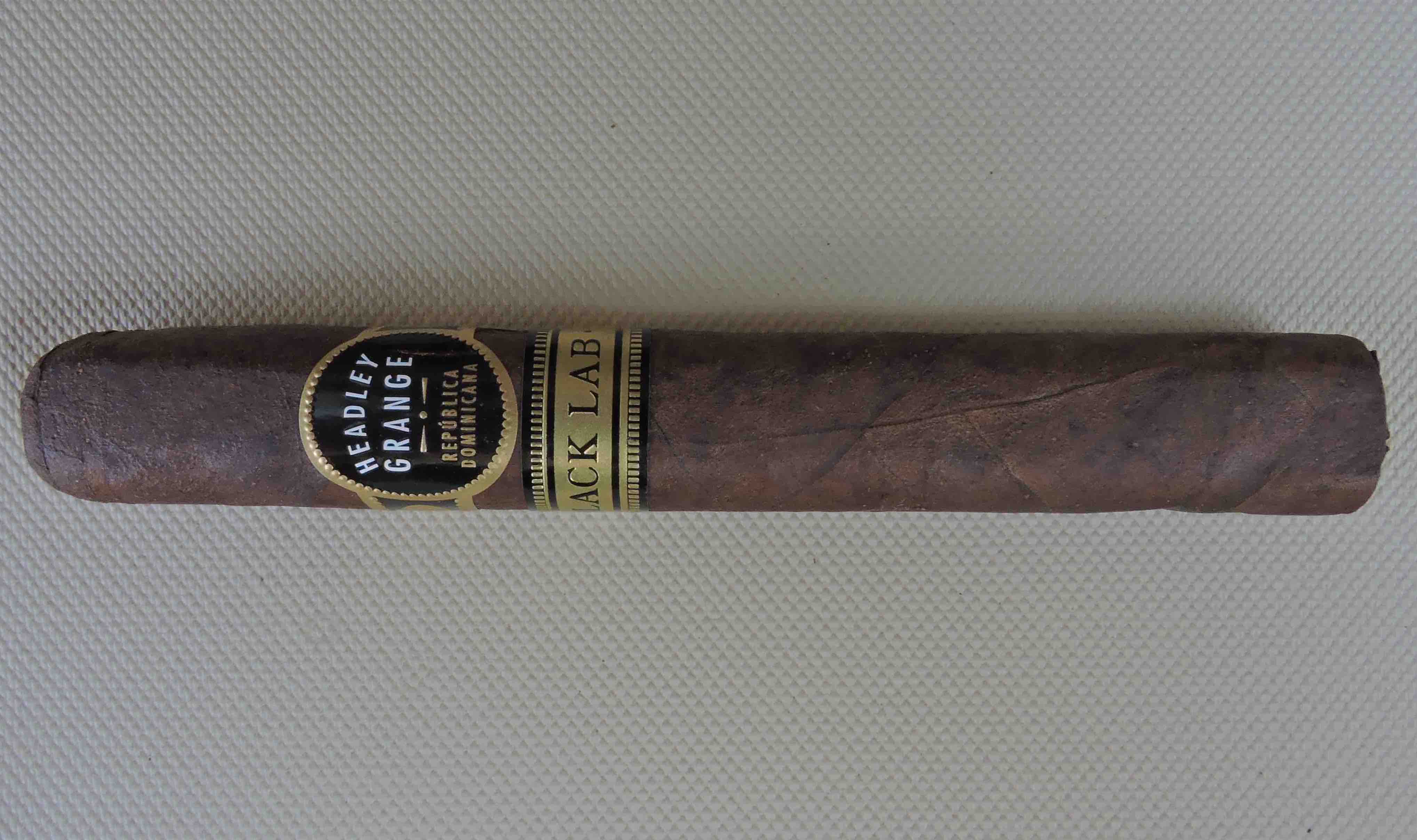 It was in 2012 when Crowned Heads released Headley Grange as its second regular production line. It was a line that featured another wrapper synonymous with Perez-Carrillo Jr. and Tabacalera La Alianza, Ecuadorian Sumatra. As for the name, it pays homage to the former recording studio of that same name in East Hampshire, England that was used by bands such as Led Zeppelin, Fleetwood Mac, and Genesis. Led Zeppelin had an indirect influence on the project. It was John Bohnam’s opening drum track from “When the Levee Breaks” that inspired the original Headley Grange blend. The Headley Grange Black Dog is a play on another Led Zeppelin song, with the same name “Black Dog.” As for the name, “Black Lab” is a play on that name as a Labrador retriever was said to inspire that song.

The Connecticut Habano wrapper has been used on other Crowned Heads projects. In addition to the Black Dog and Black Lab releases, it is also used on the regular production Four Kicks Maduro as well as the limited edition, Four Kicks Mule Kick LE 2018.

Without further ado, let’s break down the Headley Grange Black Lab LE 2018 and see what this cigar brings to the table.

The Black Lab LE 2018 features a blend of all Nicaraguan tobacco with  Connecticut Habano Maduro wrapper.

For reference we also list the sizes of the Black Lab line:

The Connecticut Habano Wrapper of the Headley Grange Black Lab had a roasted coffee bean color. Upon closer examination, there was some darker mottling on the surface. The wrapper itself had a light coating of oil on it. It was a wrapper on the smoother side. While there were some thin visible veins, the darker color of the wrapper did a nice job at hiding the wrapper seams. The box-press of the Black Lab had a trunk-press style. Finally, the cigar is finished with a covered footer.

There are two bands on the Headley Grange Black Lab LE 2018. The primary band for the Black Lab is the same as what is found on the regular production Headley Grange line. This band color scheme for the band has a black, gold, and white color scheme.  The front of the band has a large black colored circular field.  On the field is the text “HEADLEY” in white font arranged in a curved fashion.  Below that is the text “GRANGE” also in white font, but arranged straight.   On the lower part of the field (and in a slightly smaller font size) is the text “REPUBLICA” in gold font.  Below that text is “DOMINICANA” also in gold font.  The edges of the band have gold trim. There are some gold coin-styled designs that sit on the black background that goes toward the back of the band.

The secondary band is gold with black trim. On the center of the band is the text “BLACK LAB” in black font.

The cigar experience of the Headley Grange Black Lab LE 2018 kicked off with a straight cut to remove the cap. Once the cap was removed, it was on to the pre-light draw. The cold draw delivered a mix of mocha (a fusion of coffee and chocolate-like flavors), cedar, and earth.  This was an excellent pre-light draw. At this point, it was time to light up the Black Lab LE 2018 and see what this cigar brings to the table.

The Crowned Heads Headley Grange Black Lab LE 2018 kicked off with a mix of black pepper and black coffee notes. As the cigar moved through the early stages, the coffee notes moved into the forefront and developed the mocha (coffee and chocolate fusion) that was present during the pre-light draw. The pepper notes settled in the background where they were joined by citrus and earth notes. While flavors like mocha and citrus might sound like dessert, this cigar very much had an underlying classic tobacco feel to it.  Meanwhile, on the retro-hale, there was an additional layer of black pepper.

During the second third, the coffee component of the mocha fusion slowly became more prominent over the chocolate component. There also was an increase in the earth and pepper notes. As the cigar reached the midway point, the earthy notes started to pop into the forefront from time to time.

By the last third, the mocha component transitioned back to mostly notes of black coffee with some traces of chocolate present from time to time. The earth notes were now pretty much present in the forefront with the coffee. Meanwhile, the pepper and citrus notes rounded out the flavor profile. This is the way the Headley Grange Black Lab LE 2018 came to a close. The resulting nub was slightly soft to the touch and cool in temperature.

There was some jaggedness on the burn line of the Headley Grange Black Lab LE 18. This required some additional touch-ups above the norm. At the same time, the cigar pretty much maintained a straight burn path and never really was in danger off getting off track. The resulting ash was silver-gray. It wasn’t the firmest ash, but it wasn’t a loose or flakey ash either. Meanwhile, the burn rate and burn temperature were both in the ideal range. 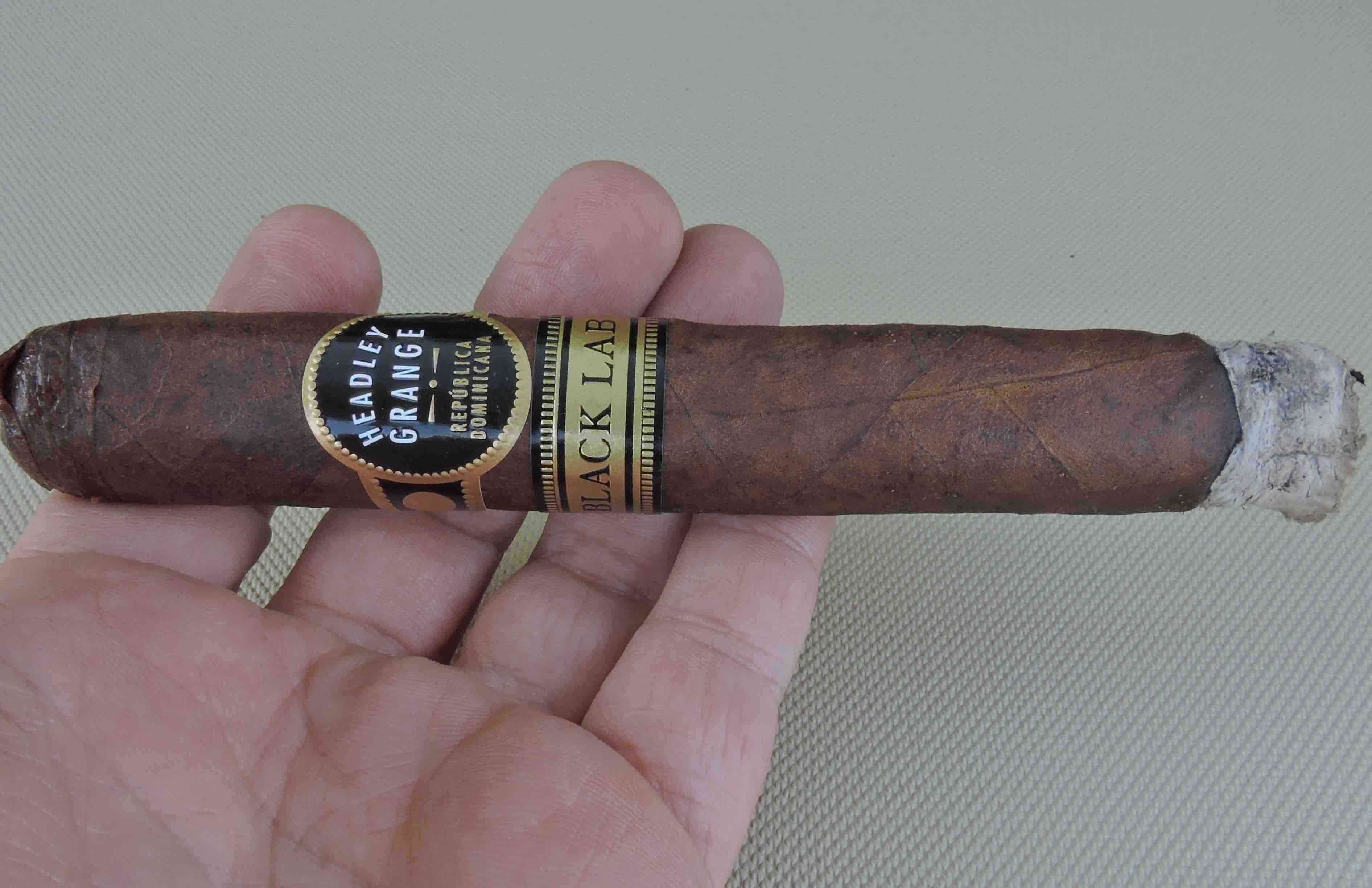 Given the Headley Grange Black Lab LE 18 is a box press, this had a little more of an open draw than I prefer. I usually like a cigar with a touch of resistance. At the same time, there were no problems deriving flavor from this cigar. This cigar also produced an ample amount of smoke.

In terms of comparing strength versus body, I gave a slight edge to the body throughout the smoking experience.

When Crowned Heads was selected as our Prime Time Award Winner for Best Small Company, I mentioned a lot of reasons why they got my vote – great cigars, expanding new horizons, and being very smart about its limited edition releases. In particular, I love what the company has done bringing Connecticut Habano Maduro to not only its core Four Kicks Maduro line but also to Mule Kick and Black Lab. It’s a wrapper that Tabacalera La Alianza has mastered, and it’s making a nice difference int the Crowned Heads portfolio.

One particular that stood out about the Headley Grange Black Lab LE 18 is it delivered in the all-important flavor category. This is a cigar that delivered some “bite” in terms of the spice, yet the balance of the overall flavor profile was never sacrificed. This is a cigar I would recommend to a seasoned cigar enthusiast, but wouldn’t discourage a novice from smoking this – particularly one who wants to move on to something medium plus with some bite. As for myself, it’s a cigar that I enjoyed from start to finish each time I smoked it. It’s one I would smoke again and it certainly warrants box worthy consideration.