“The result was a cigar that demonstrates some of the finest work by Glen Case to date.” 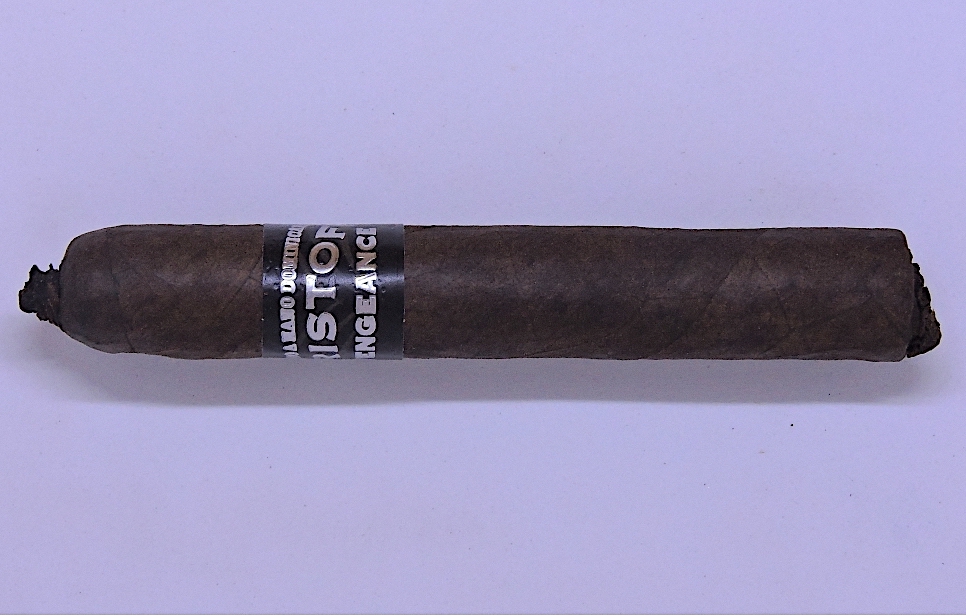 Over the years, Case has worked with a variety of different tobaccos to use as wrappers for his cigars. One wrapper that had not been a part of the Kristoff portfolio is Connecticut Broadleaf – and that’s the wrapper used on the Kristoff Vengeance. The remainder of the blend uses an Indonesian binder and a combination of Nicaraguan and Dominican tobaccos. The Robusto measures 5 x 50 – complete with a covered footer. Production is handled at the Charles Fairmorn factory in the Dominican Republic.

The packaging is vintage Kristoff – rough cut boxes with packed in loose tobacco – using a powerful black and silver color scheme for the branding. 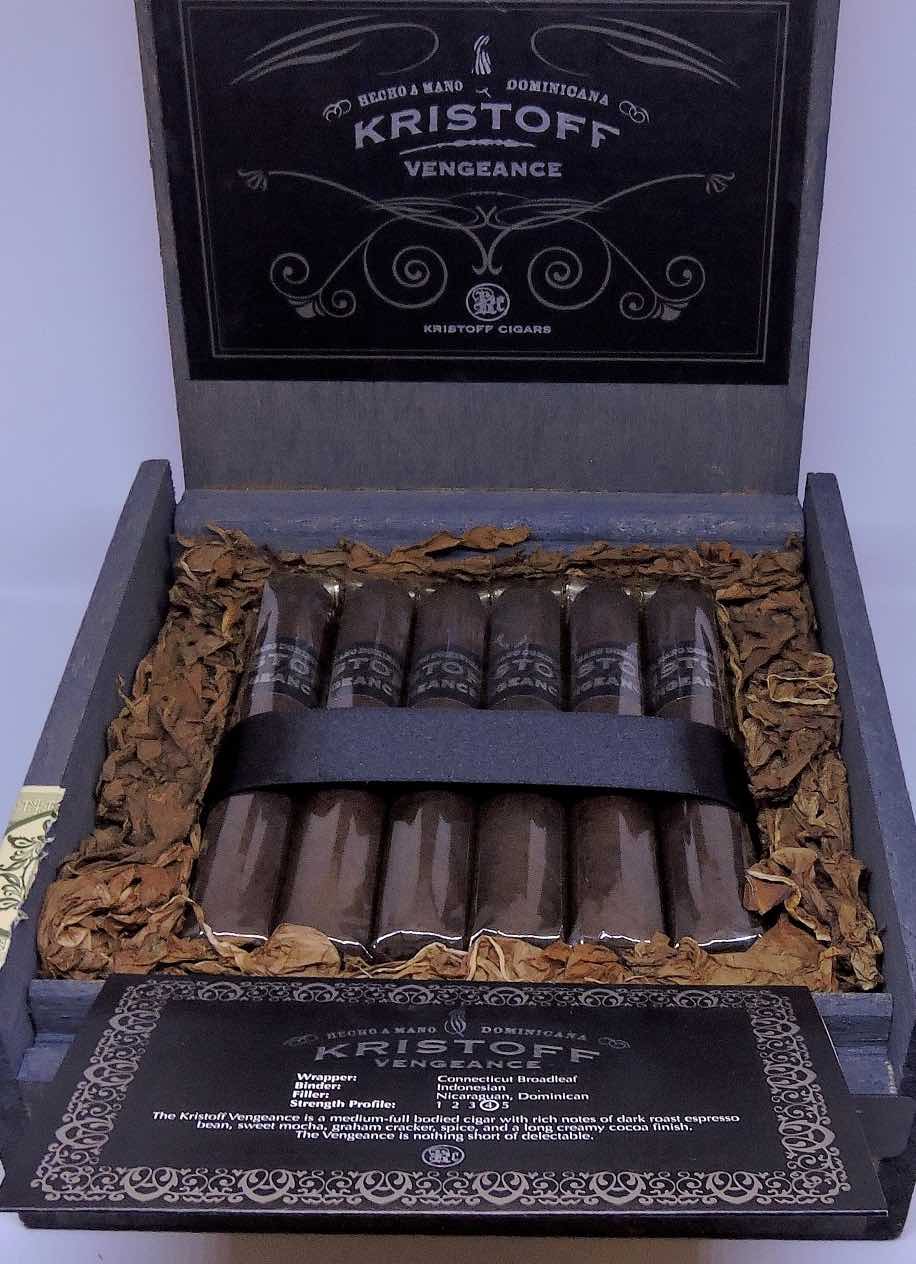 As you smoke the Kristoff Vengeance Robusto, the cigar will deliver a combination of mocha (coffee and chocolate), earth, red pepper, raw honey, and lemon sweetness. This cigar starts out medium strength and medium-bodied before both attributes progress to medium to full in the second half.

There have been plenty of Connecticut Broadleaf cigars to land on the Cigar Coop Countdown over the years, the Kristoff Vengeance Robusto has to rank as one of the most of the unique ones I’ve had. On top of it, this is a cigar that seems to be getting better and better with age. It’s worthy of being on the podium for the 2019 Countdown.