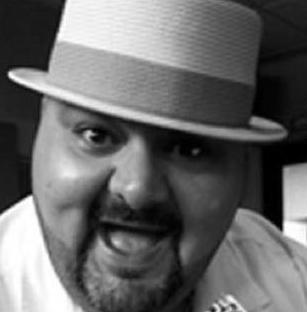 As many know, Cigar Coop’s policy is generally not to reprint open letters to the cigar industry.  We made an exception here, as we have had a long time partnership with Abe Dababneh and KMA Talk Radio. We thought it would be appropriate to reprint Abe’s comments on the withdrawal of the “Big Four” from the 2020 PCA Trade Show.

Many of Abe’s comments reflect the conclusions in our article,
“Analysis of the ‘Big Four’ Pulling Out of the PCA Trade Show“:

Over the past week we have seen plenty of press regarding the four large cigar manufacturers opting not to participate in the 2020 PCA Cigar Exposition. We spoke openly about this on KMA Talk Radio this past Saturday. Since then, there has been a wave of announcements and press releases proclaiming whether or not certain organizations will or will not be attending the trade show this upcoming year. I myself have attended many RTDA/IPCPR trade shows over the years. I have missed some. Regardless of whether I personally attended, I never missed a year of paying my dues because this is the organization that I belong to; this is the organization that represents what I do for a living. While I may not agree with all their actions and positions at times, I believe their intent is to do what they feel is best for this industry. I served my three years as a Board Member of the IPCPR and let me tell you; it was more often than not that we didn’t see eye to eye on issues. It is a thankless job done by those who are volunteering their time. It is easy to make them scapegoats when things go wrong or unpopular decisions are made. I have been guilty of this myself. Yet amidst all the fan fare of the current state of affairs, I have yet to see any commentary directed to the PEOPLE. Those who enjoy this passion we share, those who spend their hard earned money, those who keep the brick and mortars open, catalog companies thriving, and ultimately create the need for the cigar manufacturer. Consumers, the true bottom line of this equation.

You see there is a narrative out there that I don’t believe is accurate. I spent over an hour the other day on the phone with a current PCA Board Member. My impression after that call is that the reasons stated in all the press releases you may have read, is not 100% of the truth. Even though over the past few years I have not been heavily involved in the behind the scene machinations of our industry, there is a blatant reality that exists. We are fractured. This has been the very bane of many obstacles our industry has faced and will continue to face. Big Tobacco, and I do not mean just the premium cigar side of it, hates to lose market share. They wield their power of brute force by controlling policy and legislation. They have far greater resources and pockets to control the narrative. They believe in a “we all sink or swim mentality.” Imagine yourself as a parent, on board a sinking boat with your family in the middle of the Pacific. You look and see there is only one life vest. Wouldn’t you want at least ONE of your family members to have a greater chance for survival? Would you really say, “ If we are going down, we are all going down together!”? It has become easier to suffocate than innovate. Welcome to the cigar industry.

I wish I could say I have a solution. I lack the depth of vision and knowledge to know if there is any real way the tobacco industry can truly come together. We have to believe in a greater good. Often fellow retailers and cigar manufacturers, big and small, contact me for my advice or opinion. Every time I try to give them the best advice I have in the hopes to truly help them. I am a true believer of “all things positive lead to a better universe.” Unfortunately more often than it should, ego and resentment dictates actions. Sometimes we do not concern ourselves with the greater good.

I have seen statements by other retailers proclaiming they will not carry brands of those companies who do not support the PCA. While noble, I find that statement absurd because at the end of the day, my ultimate responsibility is to the consumer. It is like a Hippocratic oath, “I will do no harm to my business by ignoring the needs of my patrons.” I would never stop offering selections that the base of my patrons wants based on policy, unless I was seriously wronged by one of them. So this now brings it full circle back to you, the consumer. As you bandwagon on the backs of brands and snap your social media pictures you share so fervently across all platforms, you may want to stop and think whose kool-aid you may be drinking. There are movements being made to create a very different universe for the cigar world. A universe I believe that is not in the best interest of the consumer. I am calling out to consumers across the 50 states. Educate yourselves, become a more enlightened and cohesive community. Know whom you support. YOU HAVE THE TRUE POWER. Otherwise we may all find ourselves once again saying “How did this happen?”

As for the PCA Trade show, the main reasons over the years that I have not personally attended came down to basically time. With four young children and a growing business, time has become a precious and scarce commodity. Whether I liked what was going on or not, that never played a part in my decisions not to go. For example, I had already planned not to attend the upcoming show because we will be taking a long awaited overseas trip this summer for 4 weeks so my children can see many of their family members they have never met. Scheduling a four-week trip amidst a short summer break does not bode well for a trade show that lands right in the middle of summer. Yet, in light of the current state of affairs, I am going to do all I can to schedule our trip around the trade show, even if I have to shorten it a little. While I believe there are definite pivots that need to be made by the PCA, much needed adaptations and changes that can no longer be ignored, now is not the time to throw fuel on a fire. I would rather, at least TRY to, be part of the solution and not part of the problem.