Feature Story: Analysis of the “Big Four” Pulling Out of the PCA Trade Show 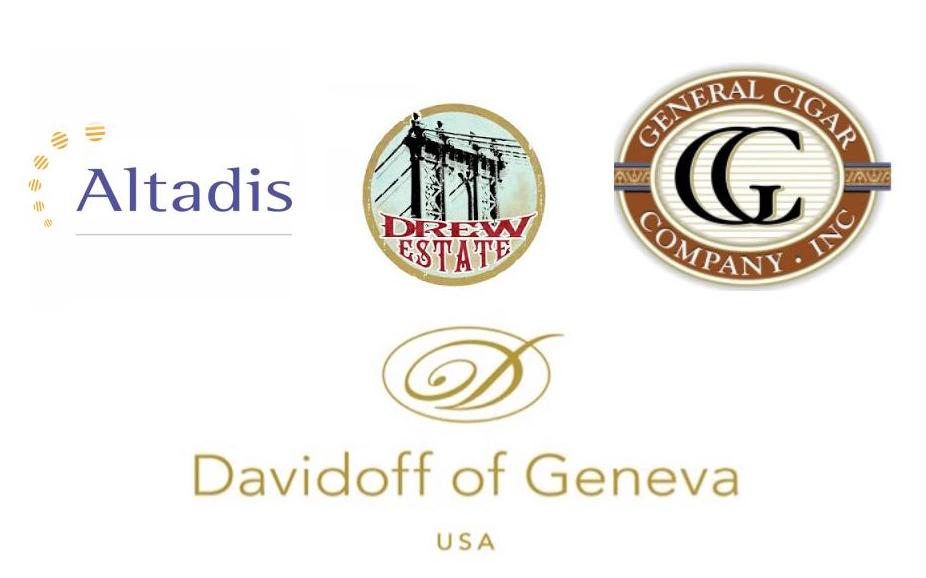 On January 10th, 2019  came word that four of the largest cigar companies: Altadis U.S.A., General Cigar Company, Davidoff of Geneva, and Drew Estate were not going to be attending the 2020 Premium Cigar Association (PCA) Trade Show. Today we peel the onion and offer some thoughts and perspectives on this announcement and what I means for the premium cigar industry.

This is NOT GOOD for the industry

I’ve heard several small and medium size companies thinking the loss of the Big Four from the PCA 2020 Trade Show was a good thing. I could not disagree with them more.

Taking the controversy of CigarCon aside, the biggest problem from last year’s trade show was the lack of foot traffic. I don’t see how losing some of the biggest companies with some of the most iconic brands is something that is going to help here. Subtraction does not lead to addition here. In my opinion, there is nothing better than a crowded trade show with overflowing booths. Losing four of your biggest players simply isn’t going to help here.

The commitment to those brands going to the trade show, and even expanding their footprint should still be commended. It will be important if the Trade Show survives.

Another point about the iconic brands: it is unfortunate that many of them will not be there. The PCA Trade Show is the industry’s signature event and for them not to have a presence there simply is not a good thing.

This goes beyond costs of exhibiting

One thing you will always hear me say – in the end, it comes down to money. In this case, I do believe its true, but I don’t think it was all about the costs of the trade show as stated in the press release by the Big Four. From talking to several sources, I believe the problem was more about these four companies not being aligned with the goals of PCA, and not wanting to contribute to financing a share of the trade show with which they were not in sync.

Over the past few years, there have been rumblings from several manufacturers who have not been happy with the level of control they have in the PCA. Many are displeased that they spend significant money with the PCA to exhibit at the Trade Show, but have very little impact on the direction of the organization. Funding the legislative and legal costs PCA is now facing in the battle of the FDA has put more of an importance on the financial front.

One such example of a divisive battle has been flavored tobacco. The perception of many is that the PCA has been lukewarm at best to fighting the flavored tobacco ban. It’s no secret that Drew Estate and its parent company Swisher International have a huge stake in this market. Altadis and General, while not as focused in this market still has retail operations that are dependent on the sales of flavored tobacco predicts. Finally, while Davidoff might seem the least interested in this space, it is worth noting that Baccarat is still one of the better (if not the best) selling brands in its portfolio.

The rebranding of PCA was to make it more of a full-service organization serving the whole cigar industry. The name “retailers” was taken out, but it’s important to know that its predecessors IPCPR (International Premium Cigar and Pipe Retailers) and RTDA (Retail Tobacco Dealers of America) were meant to serve the need of the retailers. The current state of things is retailers control the board of directors of PCA, but are still very dependent on revenue manufacturers pay in order to exhibit with the trade show. The sense of urgency to fund legal and legislative battles has now essentially created a power struggle with PCA.

While I certainly see the arguments on both points, we still have to remember PCA and its predecessors have served the retailers for 88 years.

This wasn’t directly about CigarCon

While it’s no secret many of these manufacturers were upset about CigarCon, that isn’t the reason why they have pulled out of the Trade Show. At the same time, the way the launch of CigarCon imploded combined with low foot traffic coming out of the 2019 Trade Show basically put the Big Four in a position of leverage. In my opinion, if there was a time to make a move like this, 2020 was certainly the time.

This shouldn’t have been a surprise

Each year at the Trade Show, plans are made for the following year’s Trade Show. Part of those plans includes booth selection for the following years’ trade show. Normally a deposit is put down to secure that booth selection. There is a points system that determines who gets to make the first selections. This points system is earned throughout the years of exhibiting at IPCPR Trade Shows. The larger companies tend to have a large number of points and tend to get first dibs.

There was something different about the 2019 Show. According to various sources, the larger companies did not make their booth selections – and this includes the Big Four. Cigar Coop was then informed by several medium-sized companies that they also had also not made their booth selections. This put the PCA in a very difficult position – namely, do they hold these booth spaces or sell them to others. There are some questions whether the booth selection was done or not, but most sources we have talked to say this did not occur in the time the trade show closed until the January 10th announcement by the Big Four.

If folks are hoping for a quick resolution for this divide, I’m afraid this is not going to be the case. One industry source used the words “a long winter” with me.

The Trade Show is now six months away, and companies like the “Big Four” simply do not operate in an agile manner. Plans are put in place for product development, product rollout, and marketing and sales support. At this time, unless a company has built a contingency plan to be in place, they simply are not going to be exhibiting at the 2020 PCA Trade Show.

I’m curious to see if the “Big Four” looks to gain more support and add other companies to its coalition. If that happens, that could tell how deep this divide is.

My concerns look at 2021 and beyond. I’m really concerned that the Trade Show has to have a bounce back from 2019. I don’t say this lightly, but I don’t believe PCA can afford to have another 2019 Trade Show. It’s going to be incredibly difficult to do this without the “anchor stores” at the Trade Show. This leads to questions for 2021.

The PCA Trade Show will be at a crossroads if 2020 is a miss. It might be the scope and size of the Trade Show will have to change in order to ensure its survival in this new decade.

If the fledgling Boutique Cigar Association (BCA) was looking to make a statement, they sure missed the mark commenting on the Big Four pulling out of the Trade Show. Following the announcement by the Big Four, the BCA published their response:

It is our belief as small boutique cigar makers that this year we are in the biggest fight of our lives against the FDA. All of the member companies that are a part of the Boutique Cigar Association have been pushing alongside Cigar Rights of America for a premium cigar exemption from the FDA. We have also noticed in the past couple of years that the Premium Cigar Association has also taken on this fight to exempt premium cigars.

The four big companies that have the most to benefit from FDA regulations on premium cigars are the ones mentioned in this article. The PCA and the CRA have been fighting for all cigar companies (big and small) and now the truth comes out.

What is disturbing to see is that these four companies are blaming the PCA for not running a show the right way, and on lower attendance rates rather than just coming out and saying that they don’t support the anti-regulatory agenda that the PCA has taken to preserve and protect the premium cigar industry.

This power move by the big four clearly states in bold letters “WE DO NOT SUPPORT A PREMIUM CIGAR EXEMPTION”. Historically large companies have always cornered the marketplace by regulating smaller players out of an industry. This is a pivotal moment for the premium cigar industry, this is a critical year. Let’s not allow this monopoly to happen. We need to put a stop to this. Let’s preserve and protect all premium cigar makers.

We love our trade associations (PCA & CRA) and appreciate all of their efforts to continue to protect family owned businesses. We want them to know they will always have our full support one way or another.

Is this a controversial statement, absolutely. But nowhere near as controversial as the press release statements that we have all seen today from these big four companies.

The problem is the BCA did not do its homework. To say the Big Four doesn’t support a premium exemption and stands the most to gain from regulation is grossly inaccurate. The Big Four has worked together before, along with Perdomo and C.L.E. Cigar Company to issue public comment against Substantial Equivalence. We covered this back in July of 2019 – including covering the comments and the press release:

It’s also worth noting as we stated above, the four companies stand to lose a lot if flavored tobacco is banned due to regulations.

If the BCA was looking to create unity, it simply did not do it here. Instead, it added another layer of divisiveness into the whole equation. I understand there’s a need to support the smaller, cottage industry cigar businesses and I applaud them for having an organization to do it. However, this statement was not the answer, and most importantly, it was not accurate.