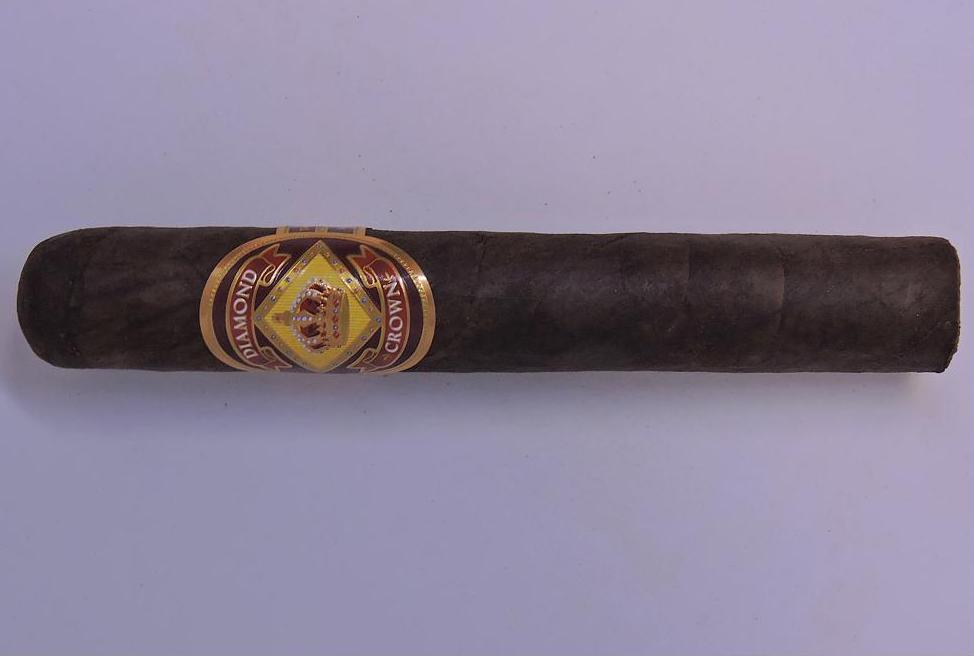 In 2020, J.C. Newman Cigar Company is celebrating its 125th anniversary in business, but today we look at a cigar from a brand that was created for the company’s 100th anniversary. It was the Diamond Crown brand that would launch in 1996 to commemorate the occasion. At the time Newman teamed up with Carlos Fuente to develop the best cigar possible using the best tobacco possible and the best rollers available. Today we take a look at the Diamond Crown Maduro, a cigar that would take the original Diamond Crown Classic blend and replace the Connecticut Broadleaf wrapper. Specifically we will look at the Diamond Crown Maduro No. 4, 5 1/2 x 54 Robusto Extra.

Today Diamond Crown is the most premium cigar brand in the J.C. Newman portfolio. There are five blends under the Diamond Crown line. Back in 2013, there was talk of the Diamond Crown Maduro being rebranded as the Black Diamond. Instead, the rebranding would morph into a project of its own. Black Diamond would debut in 2016 and it would feature an entirely different blend.

Without further ado, let’s take a closer look at the Diamond Brown Maduro No. 4 and see what his cigar brings to the table.

The Diamond Crown Maduro is offered in five sizes – each packaged in 15-count boxes.

The band of the Diamond Crown Maduro has a mostly red and gold color scheme. On the center of the band is a light yellow diamond-shaped field with gold trim. On the center of the diamond field is a red and gold crown. Above the diamond is a red ribbon with the text “DIAMOND” on it. Below the diamond is another red ribbon with the text “CROWN on it”. The left side of the band has the text “JC NEWMAN CIGAR CO” sitting on two red stripes while the right side has the text “TABACALERA A. FUENTE” also sitting on two gold stripes. The far right of the band has a small yellow diamond with a blue and gold “JCN” (representing the J.C. Newman logo)

A straight cut was used to commence the cigar experience of the Diamond Crown Maduro No. 4. Once the cap was removed, it was on to the pre-light draw experience. The cold draw had notes of chocolate and some coffee. Sometimes I get a fusion with these two notes that I refer to as “mocha”, but on this pre-light draw, the notes were separate and distinct. This was a simple pre-light draw, but it was as good a pre-light draw as I have had on a Connecticut Broadleaf cigar. At this point, it was time to light up the Diamond Crown Maduro No. 4 and move on to the smoking phase.

The Diamond Crown Maduro No. 4 kicked off with a mix of coffee, cedar, malt, and some red pepper. There was some red pepper that could also be detected on the retro-hale. The coffee notes moved into the forefront where they were joined by a leathery component. This “leather note” here helped give the Diamond Crown Maduro No. 4 a somewhat chewy texture. Meanwhile, the malt, cedar, and red pepper settled into the background.

The coffee and leather notes remained primary during the second third. A gradual increase of the cedar notes occurred during this phase.There was also a slight increase of pepper on the tongue.

Except for a slight bit of jaggedness from time to time, the Diamond Crown Maduro No. 4 scored nice when it came to burn. For the most part, the cigar maintained a straight burn path from start to finish and as for the occasional jaggedness, it was easily remedied with touching up the cigar. The cigar had a light to medium gray-colored ash. The ash was a firm one. Meanwhile, the burn rate and burn temperature were both ideal. 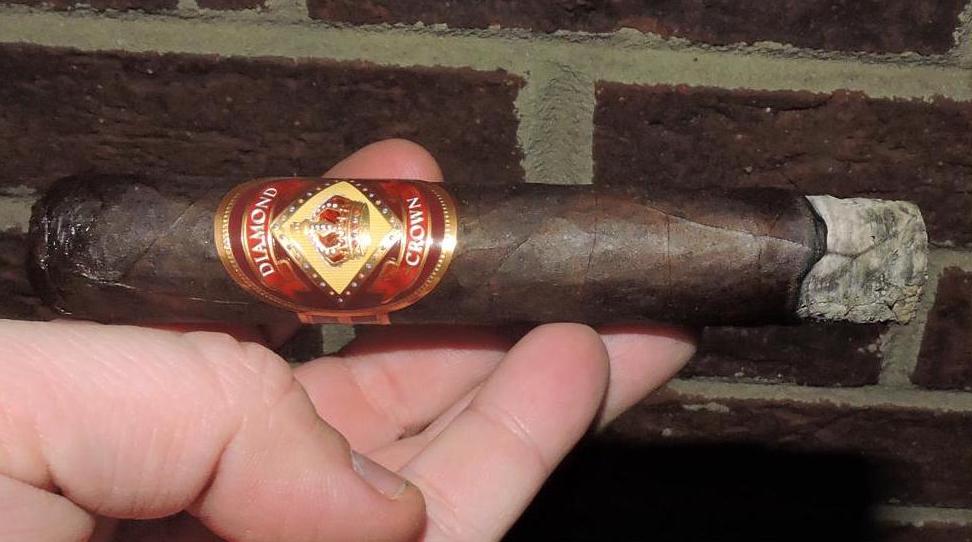 Burn of the Diamond Crown Maduro No. 4

The draw to the Diamond Crown Maduro No. 4 performed quite well. There was a touch of resistance to it – which is something that I like. At the same time, there was a decent amount of smoke production.

Don’t let the dark wrapper fool you, the Diamond Crown Maduro No. 4 is not a very bold cigar. It’s a cigar that was both mild to medium in strength and body. There was a slight uptick in both attributes heading into the last third, but in the end, the cigar remained in mild to medium territory. Throughout the smoking experience, the strength and body balanced each other nicely with neither attribute overshadowing the other.

While this is the first time I’ve assessed the Diamond Crown Maduro No. 4, the one thing I can pick out is the consistency and quality of this cigar. It’s not going to be a bold “in your face” Maduro, but in the end that is something that works in favor of this cigar. I found the mild to medium profile allowed the flavors to shine on this cigar – and the flavors that were delivered were excellent. This is a cigar that I could recommend to any cigar enthusiast at any time of the day. As for myself this is a cigar I would smoke again, and it’s a cigar I would buy multiples of.