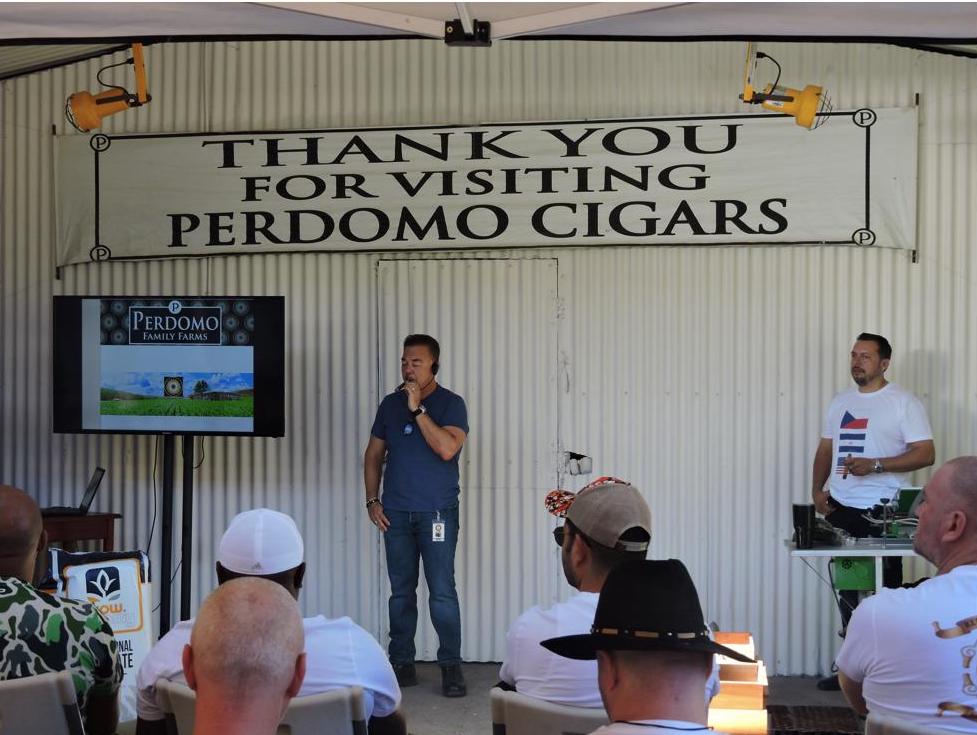 With the introduction of “The Blog,” it has allowed us to include more personal and agile content. With that, I’m adding some posts reporting from the Perdomo Factory Tour trip in Estelí, Nicaragua that I am currently attending. This component on Cigar Coop will be added to future factory tour trips.

With factory trip reports, I’ve pledged to eliminate the “we woke up to a hearty breakfast” posts. Another rat-hole I’ve seen with trip reports is to try to document the cigar-making process from start to finish. It’s something that I’ve been guilty of. When one is trying to document a process they have seen in a couple of days that the people in the factory have been executing for many, many years, it’s difficult to translate that into good reading.  In the case of the Perdomo Tour, this couldn’t be more true.

Cigar factory tours each have their different strengths and bring something different to the table. As mentioned, in the case of the Perdomo factory tour, the emphasis was on education. The one thing I most appreciated and really enjoyed was the depth of the content delivered personally by Perdomo Cigars President Nick Perdomo. This depth is something I found incredibly useful as someone who has attended multiple factory tours.

Each attendee on the tour was given a “Perdomo University” notebook – further emphasizing the education piece. 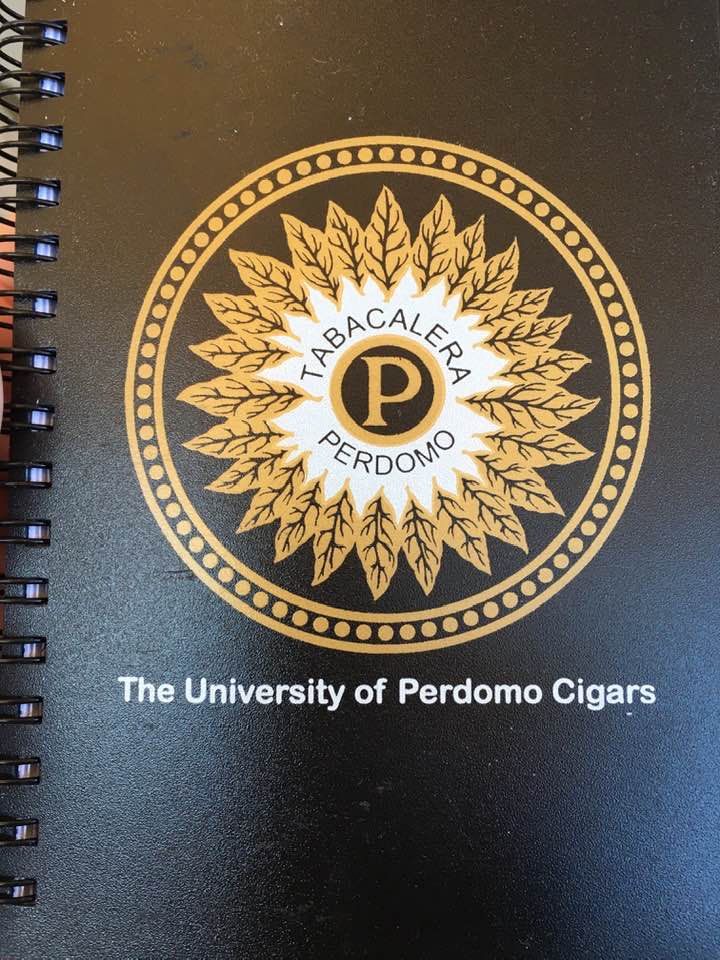 The two days pretty much follow the “seed to ship” process. Day One focused on Seed Agronomy, Tobacco Growing, Curing, Fermentation, and sorting the tobacco into bales – this included visits to the factory and Finca Natalie (a huge farm built in an area where a crater from a volcano exists).  Day Two is going to pick up where Day One left off and get into the actual construction of the cigar. 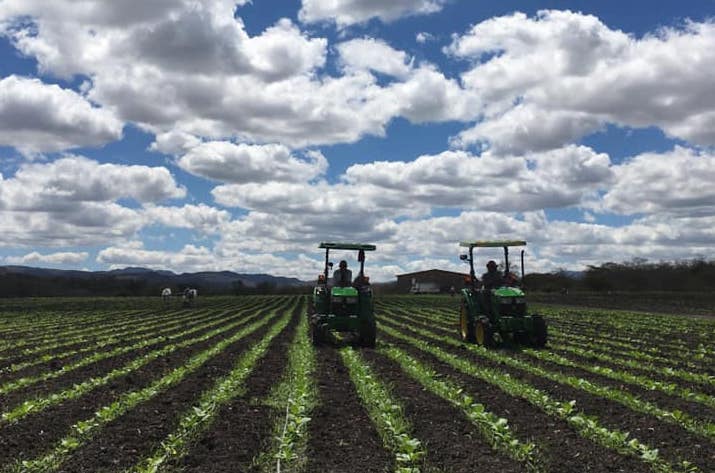 If I had to say if there was a secret sauce, I’d say it is the seed agronomy. Nick believes that having the best seeds leads to growing the best tobacco – and he explained in detail how he arrives at that point. 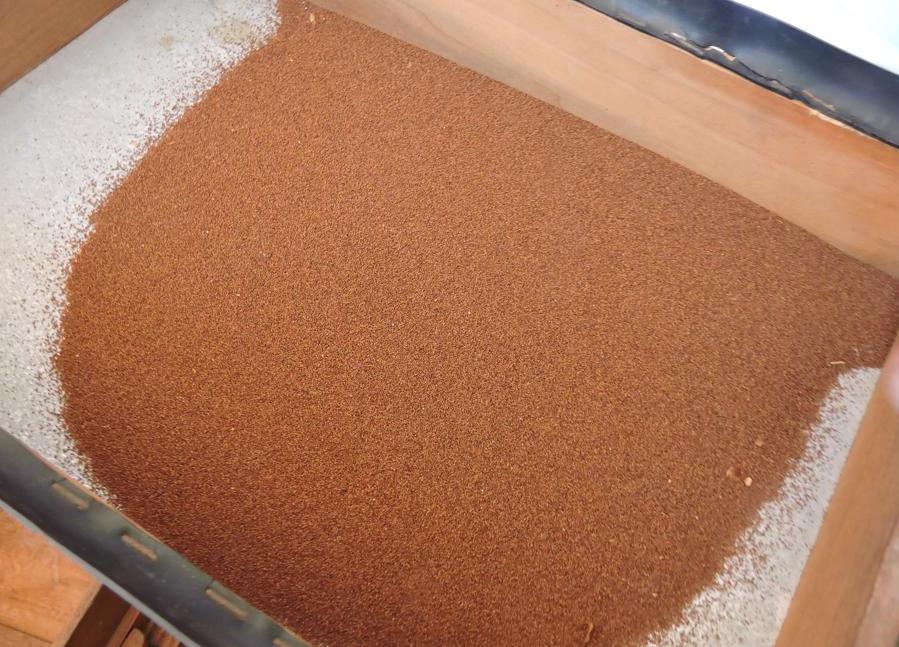 The tour also included time with the legendary Aristides Garcia, a person with 77 years of experience in the cigar industry. Mr. Garcia is from Cuba, and today serves as a factory manager focusing on the pre-production aspects. We were treated to both his knowledge and storytelling. 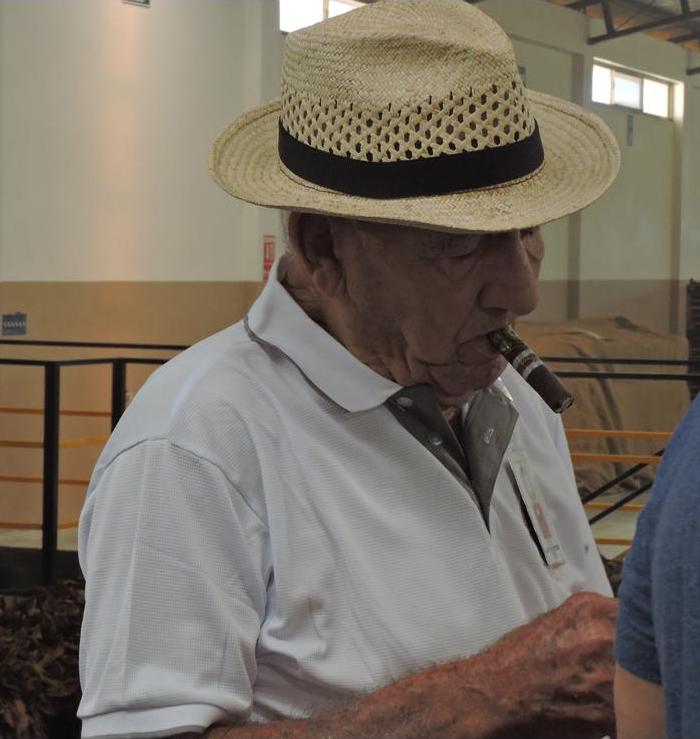 Logistically, there were things I appreciated about the the tour. First up, was the outdoor seating and tents. Nick gives credit to his wife Janine for coming up with this. 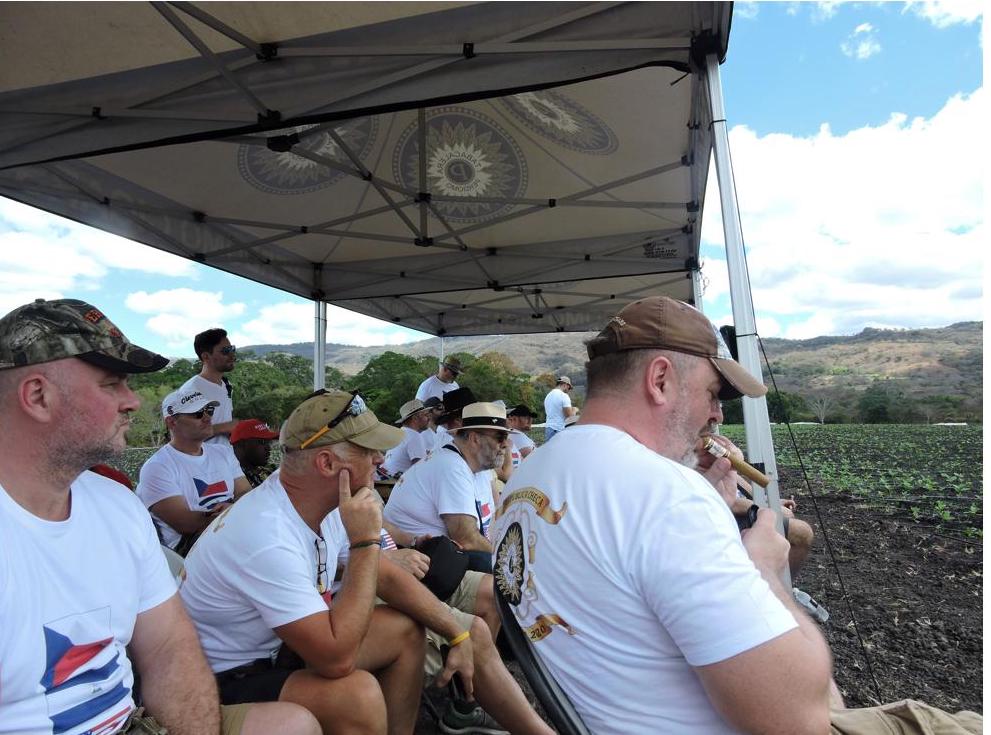 Second was the tram-like cars pulled by a tractor that transported us through the massive Finca Natalie. 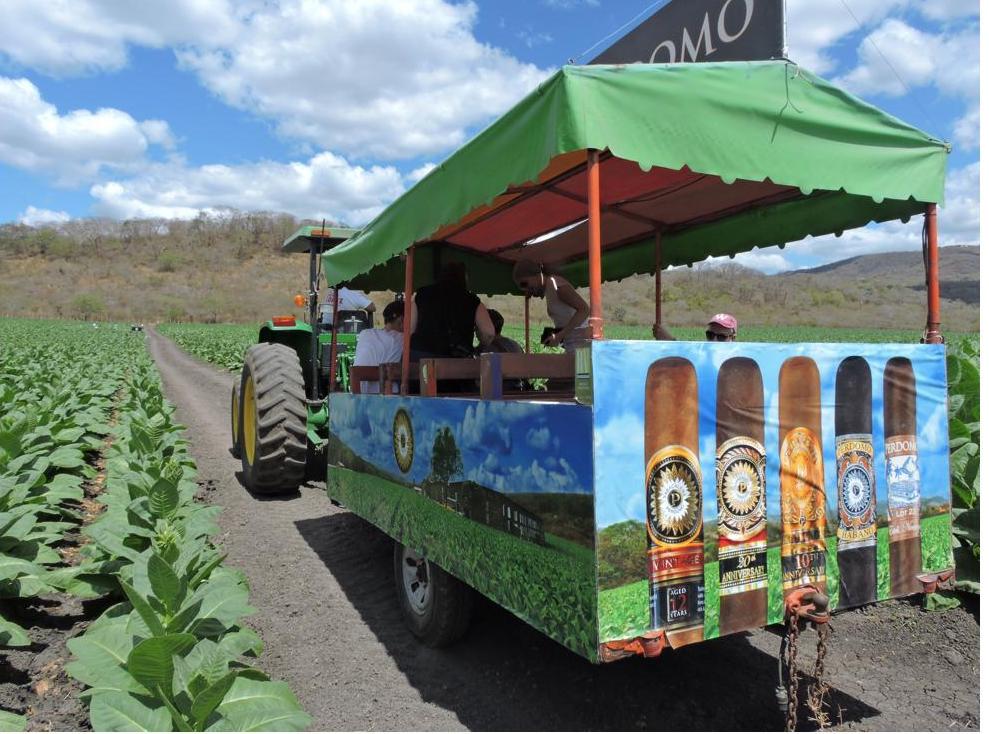 Finally, I appreciate the punctuality and keeping to the schedule. In the end, it not only flows a tour better, but makes it a better tour.