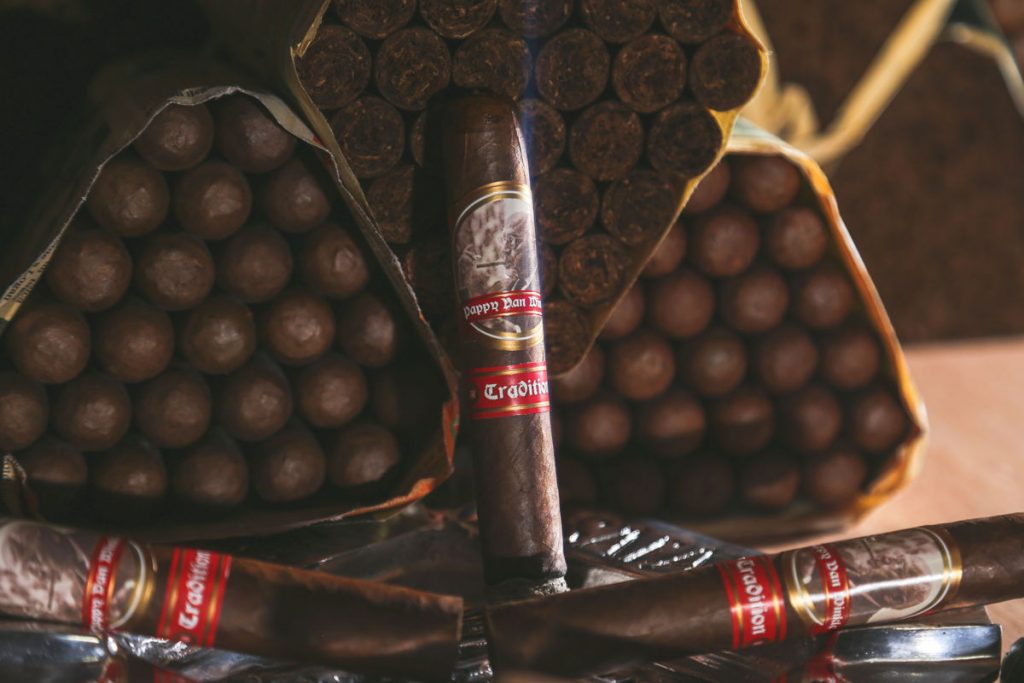 Drew Estate has announced its Pappy Van Winkle Tradition line will now be exclusively sold by Pappy & Company on the company’s website www.pappyco.com. The cigar was previously offered to Drew Diplomat retailers.

The Pappy Van Winkle Tradition was introduced in 2017 and was Drew Estate’s most premium offering. The cigar features an Ecuadorian Habano Oscuro wrapper, Indonesian binder, and fillers from Nicaragua and the Dominican Republic. There will be two sizes sold by Pappy & Co: Robusto Grande (5 1/2 x 54, SRP $14.00) and Toro (6 x 50, SRP $15.00). Both vitolas will be available in ten-count boxes.

In a press release, Carrie Van Winkle Greener, Co-Founder of Pappy & Company, notes, “The recent launch of the Tradition blend in the Pappy & Company cigar portfolio is an exciting new addition. As our customers’ interest and demand grows for more cigar offerings, we are thrilled to bring to market the Tradition blend which will truly complement the rest of our bourbon-inspired goods.”

Jonathan Drew, Founder and President of Drew Estate, added, “We are thrilled to be providing the daughters of Julian Van Winkle, owners of Pappyco.com, with an exclusive cigar that is deeply aligned with the core of their culture and tradition and that matches the legacy of their brand. The Pappy Van Winkle “Tradition” is an exquisite stick, made for the true connoisseur, bursting with flavor and complexity.