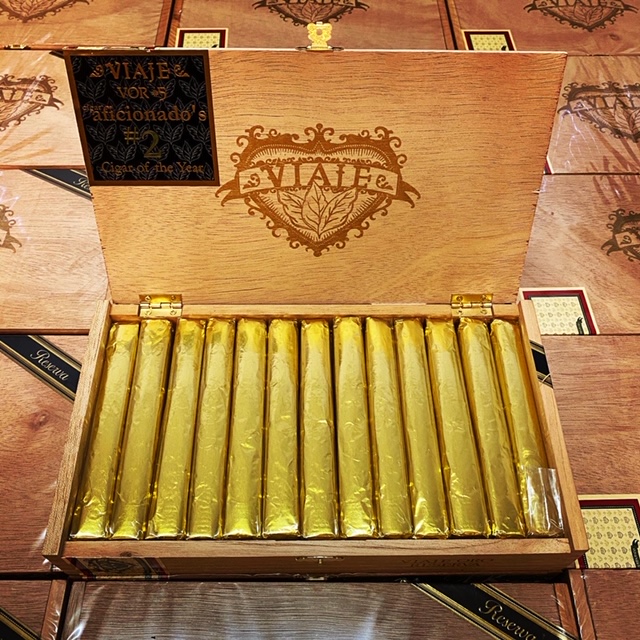 One of Viaje’s most critically acclaimed releases is making a limited run return. With its Viaje’s next shipment to retailers, the Viaje Oro Reserva VOR No. 5 will be an option.  Ten years ago, the VOR No. 5 was named #2 Cigar of the Year by Cigar Aficionado, so brand owner Andre Farkas decided to bring back the VOR No. 5 to commemorate the milestone.

It’s the first time since 2016 that the Viaje Oro Reserva VOR No. 5 has been released. For the 2020 release, each cigar will be packaged in gold foil – the first time this has been done with the VOR No. 5.

Viaje Oro Reserva VOR No. 5 is a Nicaraguan puro featuring a Nicaraguan Corona ’99 wrapper. The cigar itself is a 5 1/2 x 52 box-pressed Robusto and will be presented in 25-count boxes.