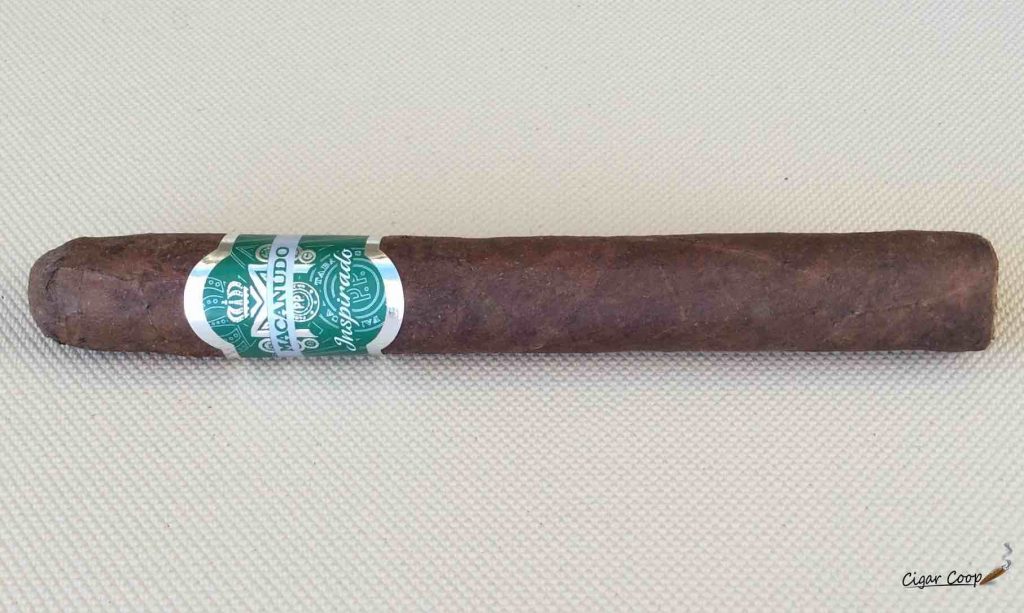 While it didn’t have a formal launch at ProCigar 2020, attendees of the event received what is to be the sixth installment of Macanudo’s Inspirado Series, the Macanudo Inspirado Green.

The Macanudo Inspirado Green features a Brazilian Arapiraca wrapper – marking the first time that wrapper has been used on a Macanudo. The remainder of the blend consists of a Indonesian binder and a combination of Colombian and Dominican tobaccos. The cigars come in three sizes: Robusto (5 x 52), Toro (6 x 50), and Churchill (7 x 48). The cigars are packaged in 20-count boxes.

At a glance, here is a look at the Macanudo Inspirado Green: