For the Villiger TAA Exclusive, the company teams up with Ernesto Perez-Carrillo’s Tabacalera La Alianza – marking the first time the two parties have worked together. The Villiger TAA Exclusive will be a box-pressed Toro (6 x 54) featuring an Ecuadorian Sumatra wrapper, Nicaraguan binder, and a combination of Nicaraguan and Dominican fillers. The cigars will be packaged in 20-count boxes. Pricing is set at $9.00 per cigar. 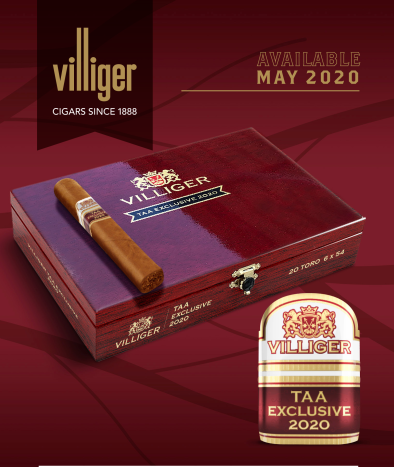 The TAA Exclusive Series consists of cigars made by leading manufacturers that are exclusively sold at TAA member retailers. The TAA is a small group of retailers numbering approximately 80.

At a glance, here is a look at the Villiger TAA Exclusive for 2020: