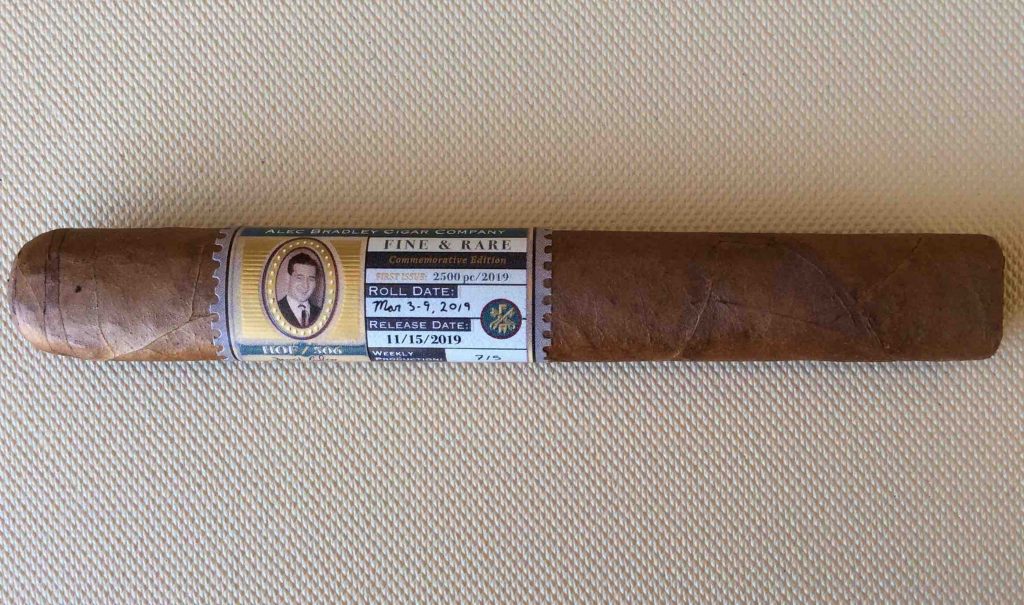 Late in 2019, Alec Bradley Cigar Company introduced the ninth installment of its Fine & Rare Series, the Alec Bradley Fine & Rare HOF / 506. The Fine & Rare Series is the company’s signature limited edition series. Since its launch in 2011, it has been an annual release by Alec Bradley. Over the years the enterprise has rotated through several blends and several vitolas. With the HOF / 506, the business has introduced what has been its fifth blend that is a part of the series. The HOF / 506 is a very special cigar to the Rubin family as it pays homage to David Rubin, the late father of Alec Bradley founder Alan Rubin. Today, we take a closer look at that cigar.

For completeness, we list the annual Alec Bradley Fine & Rare releases since 2011:

As mentioned since the Fine & Rare series was launched, there have been five blends used:

Other than the wrapper grown in the Trojes region of Honduras, Alec Bradley has not disclosed the specifics of the Fine & Rare blend, each release has incorporated tobaccos from both Honduras and Nicaragua. The HOF / 506 blend is no exception.

The Honduran wrapper of the Alec Bradley Fine & Rare HOF / 506 had a medium brown color with a slight caramel tint. The surface of the wrapper had some oil on the surface. There were some thin visible veins and thin visible wrapper seams. The box-press had a slight soft-press style to it.

The band to the Alec Bradley Fine & Rare HOF / 506 still had a stamp-like effect, but features a very different look. The band has perforated edges giving it a “postage stamp” like effect. The design of the band is in landscape mode with a gold, blue, and white color scheme. The left side of the band features a portrait of David Rubin. The right side of the band has elements representing a factory label. Some of these items include:

Below the portrait are some additional elements

The remainder of the band is mostly gold and black. On the upper portion is a shield-shaped fastener that says “IN HONOR OF David Rubin” with a small Alec Bradley badge design just below it.

The cigar experience of the Alec Bradley Fine & Rare HOF / 506 started with a straight cut. Once the cap was removed, it was on to the pre-light draw phase. The cold draw delivered notes of natural tobacco that had some sweetness with a slight bitter component. In addition, there were notes of coffee bean, cedar, and a slight floral note. Overall this was a satisfactory pre-light draw phase. Now it was time to toast up the foot of the Fine & Rare HOF / 506 and see how this cigar would smoke.

The Alec Bradley Fine & Rare HOF / 506 started out with notes of oak, citrus, natural tobacco, coffee bean, citrus, and a combination of red and black pepper. As the cigar moved through the first third, the coffee bean moved to the forefront with the natural tobacco, pepper, and oak settling in the background. The citrus note floated between the forefront and the background. At times there was also a slight amount of caramel. Meanwhile, the black and red pepper could also be detected on the retro-hale.

During the second third of the Fine & Rare HOF / 506, the coffee bean notes continued to be the primary note. The oak notes increased in intensity and by the midway point joined the coffee bean in the forefront. Meanwhile, the citrus was now grounded in the background with the natural tobacco and pepper notes. The caramel notes present during the first third dissipated.

By the last third, there was an increase in the pepper notes, but they didn’t quite reach the forefront with the oak and coffee bean notes. The citrus and natural tobacco were in the further background and there was a slight amount of caramel that returned. This is the way the Fine & Rare HOF / 506 came to a close. The resulting nub at the end of the cigar experience was slightly soft to the touch and cool in temperature.

The burn of the Fine & Rare HOF / 506 had an occasional bit of jaggedness, and occasionally it did need some touch-ups to maintain a straight burn path. The resulting ash wasn’t overly firm. It was silver gray with some occasional dark spots. The burn rate and burn temperature maintained ideal rates throughout the smoking experience. 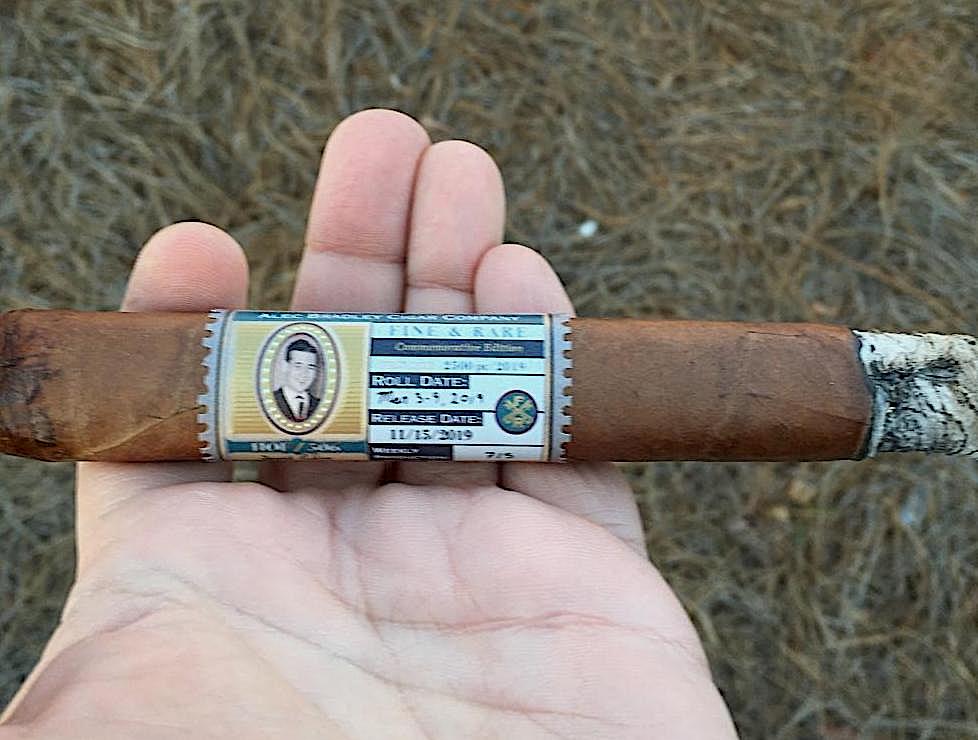 With ten tobaccos, there was a lot to press with the Fine & Rate HOF / 506. In the end, this gave this box-press some snugness on the draw, yet I found it to be an ideal level for this cigar experience. In the end, this was a low maintenance cigar to derive flavor from.

While it wasn’t an overpowering cigar, I still found the Fine & Rare HOF / 506 to have some boldness. This was a cigar that started out medium to full in both strength and body. There was a slight variance along the way with both attributes, but in the end the cigar stayed in the medium to full range. Both the strength and body balanced each other out with neither attribute overshadowing the other.

The Fine & Rare Series has been one I have enjoyed smoking each year. It’s a fun series to compare and contrast the different releases. At the same time, it had been four years since a new blend had been released and I was quite glad to see Alec Bradley release the Fine & Rare HOF / 506 blend. Making this cigar a box-press was another nice bonus. Most importantly, this cigar performs quite well – something I’ve come to expect with the Fine & Rare series. The Fine & Rare HOF / 506 is a cigar that had excellent flavor, and a nice amount of complexity. While it’s a bolder cigar in my eyes, it’s not too bold. Not only is this something I’d position to an experienced cigar enthusiast, but it’s one I’d position for a newbie looking for something medium plus. As for myself, it’s a cigar I’d smoke again. While not an inexpensive cigar ($21.90), it’s still one I’d buy multiples to keep in my humidor.