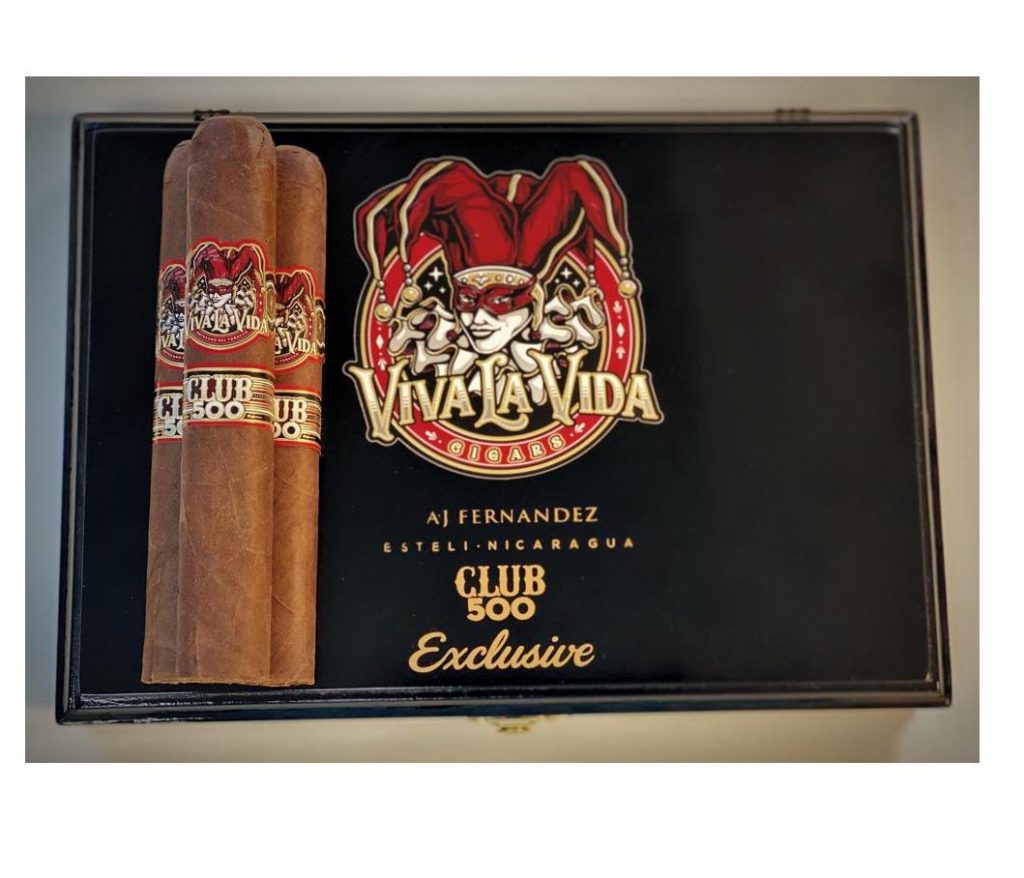 The name Club 500 is a tribute to the first 500 cigar lounges who supported the Viva La Vida brand.

The Viva La Vida Club 500 is a Nicaraguan puro highlighted by a Habano Oscuro wrapper. The cigars are packaged in ten-count boxes. Pricing is set at $13.80 per cigar. Production is handled out of Tabacalera AJ Fernandez de Nicaragua S.A.

As with all Artesano del Tabaco products, distribution is handled by AJ Fernandez Cigars.

In a press release, the company said, “We are honored and humbled by the support that we have received as we transitioned from the retail side of the business to the manufacturing and distribution side. We thank everyone who have embraced the Viva La Vida brand.”

At a glance, here is a look at the Viva La Vida line: