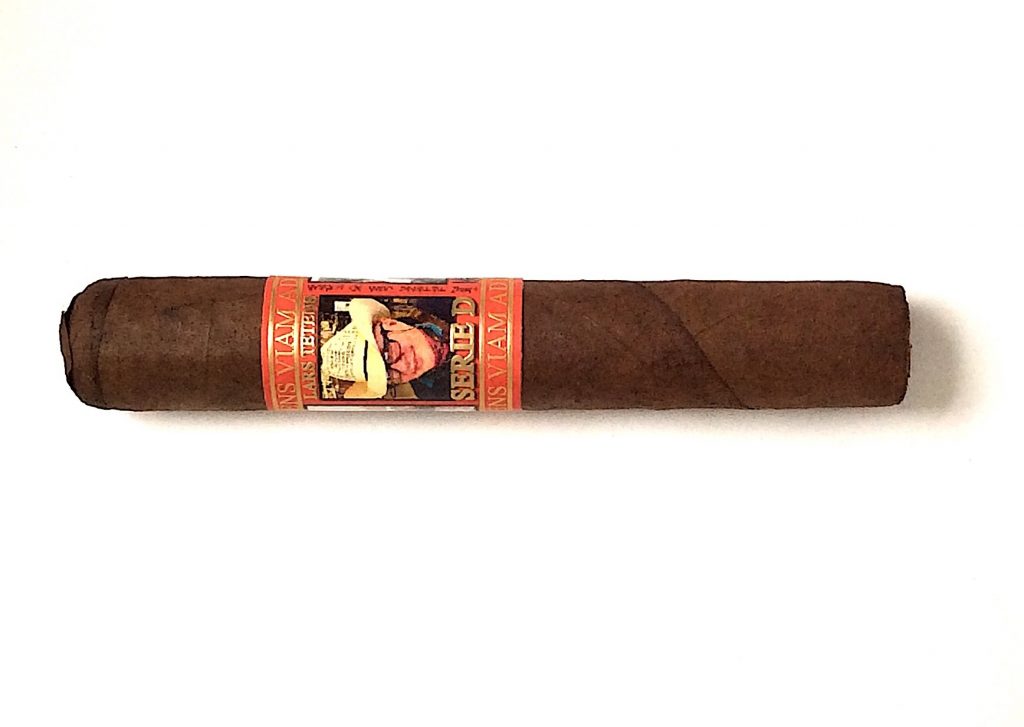 In 2019, Alec Bradley Cigar Company President Alan Rubin shocked the cigar world when he announced he was acquiring a majority stake of Lars Tetens Brands. Lars Tetens Brands is the namesake of Lars Tetens. Tetens has over 30 years in the cigar business. He is best known for making premium flavored cigars which he refers to as “conditioned.” Tetens is also known for his bespoke leather, clothing, and horological lines. He also is known for his artistic, musical, and culinary talents. It’s safe to say that for over a decade, cigars under Lars Tetens Brands had gone dormant but never quite disappeared, but Rubin’s acquisition was an opportunity to relaunch. Under the partnership, Rubin would keep the cigars of Lars Tetens brands as a separate company with Tetens remaining as a brand owner. At the same time, Alec Bradley Cigars would handle the sales and distribution. Seven of the lines of the Lars Tetens Brands would be brought back as a part of the relaunch. Today we look at one of the lines, the Lars Tetens Serie D in the Robusto size.

As mentioned above, Tetens calls his cigars “conditioned cigars” as opposed to flavored cigars. There isn’t much known about the process of conditioned cigars other that it incorporates essential oils and botanicals into the cigar. The Lars Tetens Serie D is described as a “fuller” cigar that utilizes ligero primings into the blend. Other than that there isn’t a whole lot more information disclosed about this cigar.

Without further ado, let’s break down the Lars Tetens Serie D Robusto and see what this cigar brings to the table.

As with most Lars Tetens Cigars, the blend of the Serie D is not disclosed. The cigars are produced in Nicaragua at Jesus Fuego’s factory.

The wrapper of the Lars Tetens Serie D Robusto had a rich coffee bean color with a dark Colorado tint to it. Upon closer examination, there was some mottling that could be seen on the surface. There was a slight amount of oil on the surface. In addition, the surface of the wrapper had some thin veins and thin visible wrapper seams

A straight cut was used to remove the cap of the Lars Tetens Serie D Robusto. Once the cap was removed it was on to the pre-light draw. The cold draw was quite unique as it delivered a mix of chocolate licorice flavor along with a slight floral. While it wasn’t what I am used to from a pre-light experience, it still satisfied me. At this point, it was time to light up the Lars Tetens Serie D and see what the smoking experience had in store.

The chocolate licorice notes from the pre-light draw continued as the smoking experience of the Lars Tetens Serie D Robusto commenced. In addition, I detected notes of apple and earth. For the most part, the chocolate licorice flavor was the primary note. During the first third, there were times the apple sweetness came into the forefront. Meanwhile, the retro-hale delivered a mix of cedar and citrus.

As the Lars Tetens Serie D Robusto moved through the second third, some of the overall sweetness found during the first third started dialing back. Some coffee notes entered the forefront with the chocolate licorice. The apple sweetness started to diminish as well. There was some slight mixed pepper in the background.

By the last third, the coffee notes were firmly entrenched as the primary note. By this point, there was a slight bitter component to these notes. The apple sweetness, earth, and pepper notes were still present – along with some subtle hints of the chocolate licorice. By this point,  I was surprised the pepper didn’t become overpowering considering this was a “ligero” blend.  As the cigar experience closed out, the resulting nub was cool in temperature and soft to the touch.

The construction of the Lars Tetens Serie D Robusto was excellent and this was reflected on the burn. For the most part, the cigar maintained a straight burn path and straight burn line. The resulting ash was on the firm side. This was an ash that was silvery-gray in color. Meanwhile, the burn rate and burn temperature were both ideal. 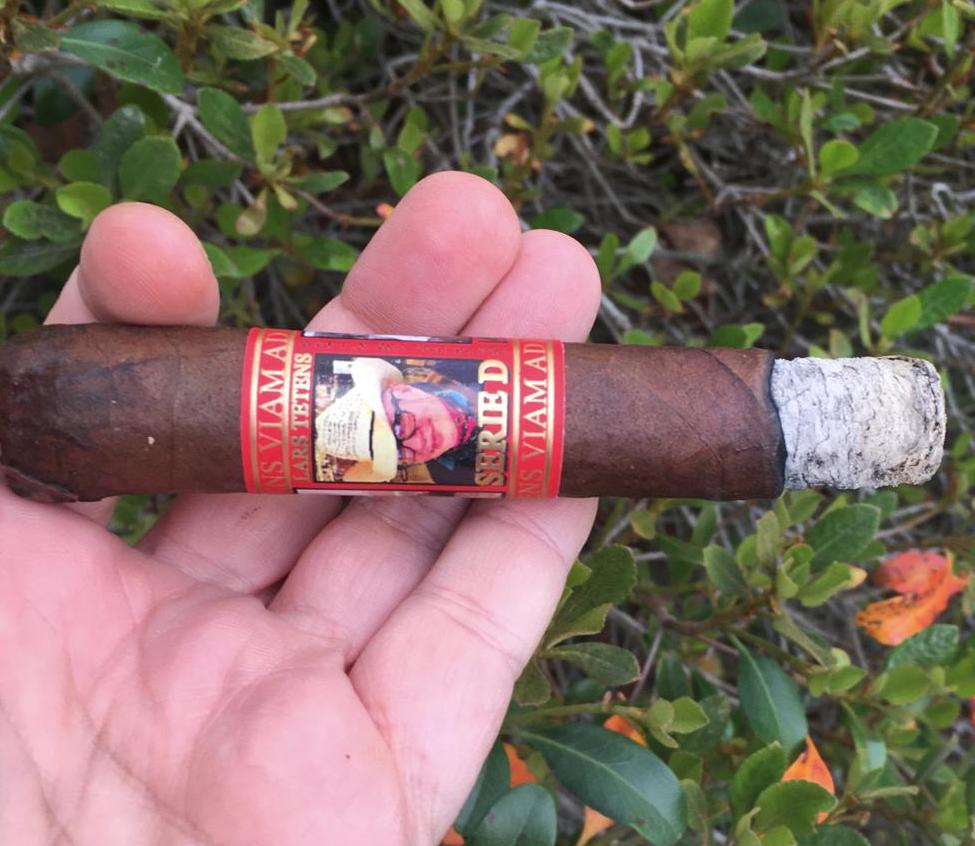 The excellent construction of the Serie D Robusto also reflected on the draw. This was a cigar that had a touch of resistance – which is something that I like. This was also a cigar that produced an abundant amount of smoke.

When looking at strength versus body, there was a slight edge that the body had from start to finish.

In terms of boldness, I was expecting more from the Lars Tetens Serie D Robusto than I got. The cigar was billed as being “full-bodied”, but for the most part, I found this to be in the medium range. With a cigar that was incorporating ligero, I was expecting more spice – and I didn’t get that. On the other hand, these were not negatives as the medium profile and dialed back spice worked very nicely with the overall flavor profile of the cigar delivered. As for the “conditioning”, it’s not overly aggressive with the Serie D, so it complements the tobacco flavors nicely. Overall a solid experience. This is a cigar I’d recommend to a seasoned or novice cigar enthusiast. As for myself, this is a cigar I would smoke again – and one I would definitely purchase.