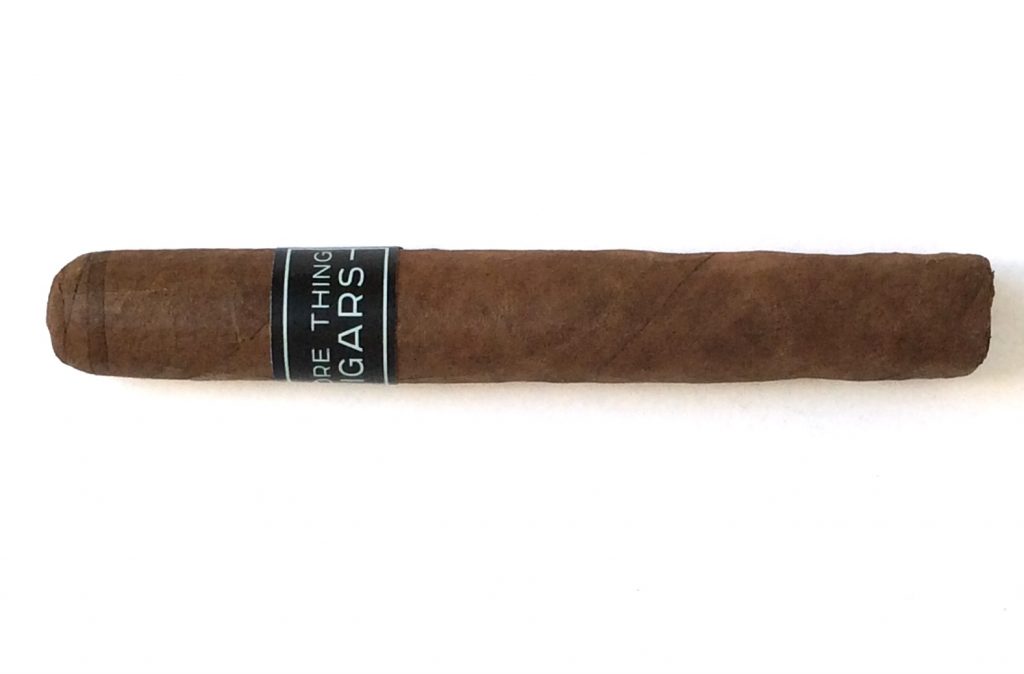 For the past several years while Crowned Heads has been growing its core line of cigars, it has also built a nice assortment of limited edition and shop exclusive cigars. In 2018, one of the more intriguing releases that was both limited edition and shop exclusive went to a retailer called Shore Thing Cigars called the Shore Thing Exclusive. Shore Thing Cigars is located in Watersound Beach, Florida on the Panhandle just west of Panama City. The shop is owned by Paul Copeland and country-music icon Luke Bryan. Crowned Heads always has a theme and a story behind their cigars, but in this case, the tie-in with Luke Bryan comes readily in that Crowned Heads is based in Nashville and has incorporated music in the themes of their cigars. Today we take a closer look at the Crowned Heads Shore Thing Exclusive.

Shore Thing Cigars is a retailer that has quickly built up a solid reputation in a very short time. In addition to the Crowned Heads release, there is a also a Davidoff Luke Bryan exclusive cigar that the store carries. In addition to receiving exclusive cigars, the retailer won the prestigious Davidoff Appointed Merchant of the Year Golden Band Award in 2019.

Without further ado, let’s break down the Crowned Heads Shore Thing Exclusive and see what this cigar brings to the table.

The Shore Thing Exclusive is produced out of Crowned Heads’ long-time manufacturing partner, Tabacalera La Alianza – the factory owned by Ernesto Perez-Carrillo Jr. The cigar is highlighted by an Ecuadorian Sumatra wrapper – a wrapper than has become synonymous with Perez-Carrillo Jr.

The Shore Thing Exclusive was offered in one size – a 5 1/4 x 48 format. It was packaged in ten-count boxes. Production was limited to 400 boxes. 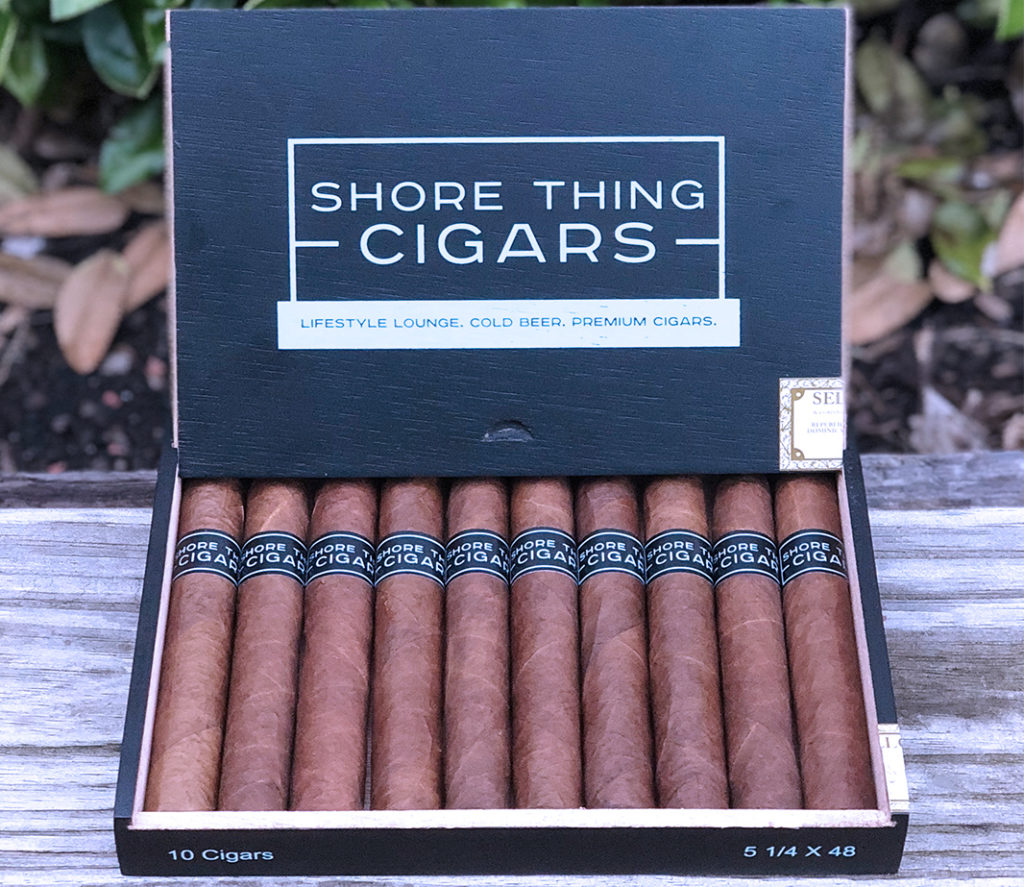 The band of the Shore Thing Exclusive is black in color with white font. In a rectangular bordered frame, the text “SHORE THING CIGARS” is prominently displayed.

The cigar experience of the Shore Thing Exclusive commenced with a straight cut. After clipping the cap, it was on to the pre-light draw phase. The cold draw delivered notes of cedar, leather, and a slight floral component. While this wasn’t the most exciting pre-light draw, the pre-light experience is not factored into our score or ratings, so there was no loss of points here. At this point, it was time to light up the Shore Thing Exclusive and see what the smoking experience would have in store.

The Shore Thing Exclusive started out with a combination of classic wood, cedar, chocolate, black pepper, and a slight citrus note. There was no dominant note throughout the early stages, but by the midway point of the first third, the chocolate notes took the edge. The other notes settled in the background. Meanwhile, the retro-hale produced an additional layer of pepper and chocolate sweetness.

The final third still saw the wood and cedar notes in control. The citrus and pepper were still secondary notes, but by this time the chocolate notes had faded considerably. This is the way the Shore Thing Exclusive came to a close. The resulting nub was soft to the touch and cool in temperature.

The burn of the Shore Thing Exclusive scored very nicely. While there were some touch-ups along the way,  the Shore Thing Exclusive also maintained a straight burn line and a straight burn path. The resulting ash was on the firm side with a salt and pepper color scheme. As for the burn rate and burn temperature, both maintained ideal levels throughout the smoking experience. 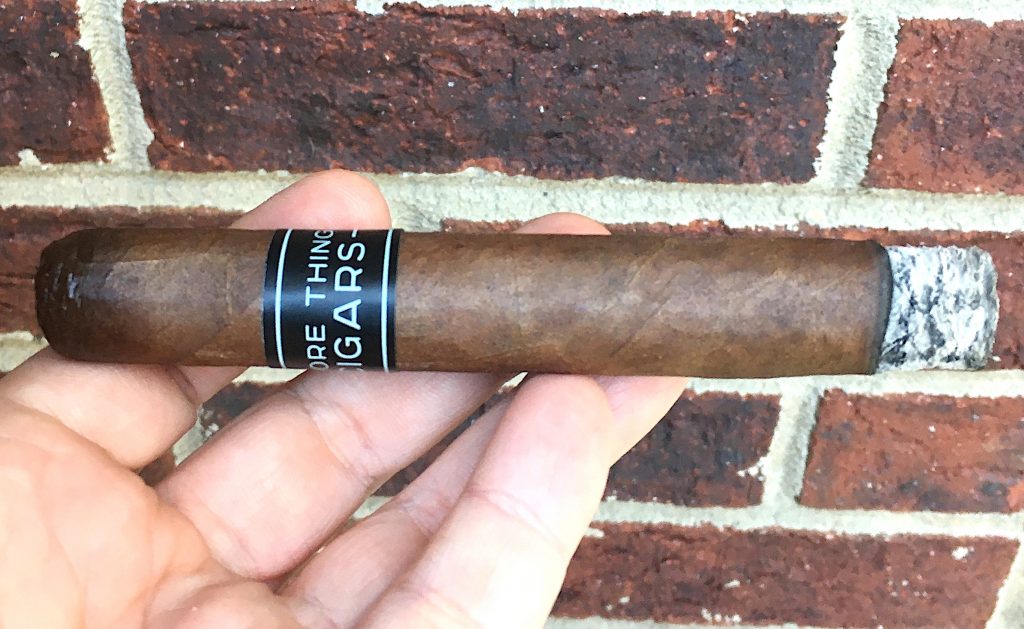 The draw of the Shore Thing Exclusive also performed at a high level. This is a cigar that had a touch of resistance on the draw – which is something that I like. At the same time, while this wasn’t an open draw, I was pleased that this cigar had a nice amount of smoke production.

In terms of strength and body, the Shore Thing Exclusive is a cigar that was on the bolder side. This was a cigar that delivered a medium to full strength and full-bodied experience from start to finish. There wasn’t much in the way of variance of the intensity levels of the strength and body. Looking at the body of this cigar, it was one of the fuller cigars I have had from Crowned Heads.

When looking at strength versus body, the body maintained an edge from start to finish.

In the past two years, it’s been no secret how critical I have been of the shop-exclusive market. Shop exclusives have flooded the market, and it has resulted in diluting the overall quality that this segment of the market has been able to deliver. When it comes to the Crowned Heads Shore Thing Exclusive, it’s one of the better shop exclusives that I have had. It’s a great example of how well Ernesto Perez-Carrillo Jr. can work with the Sumatra wrapper – and it results in the Shore Thing Exclusive excelling in the category that matters most – flavor.

The Shore Thing Exclusive is a bolder offering and while I would first steer it to an experienced cigar enthusiast, it’s a cigar a novice could use to “graduate” to something on the fuller side. I know this is a cigar I’d smoke and purchase again. At $15.00, it’s still not a cheap investment. While it also is a difficult cigar to find, my advice is if you can find one, you should take advantage of getting one.