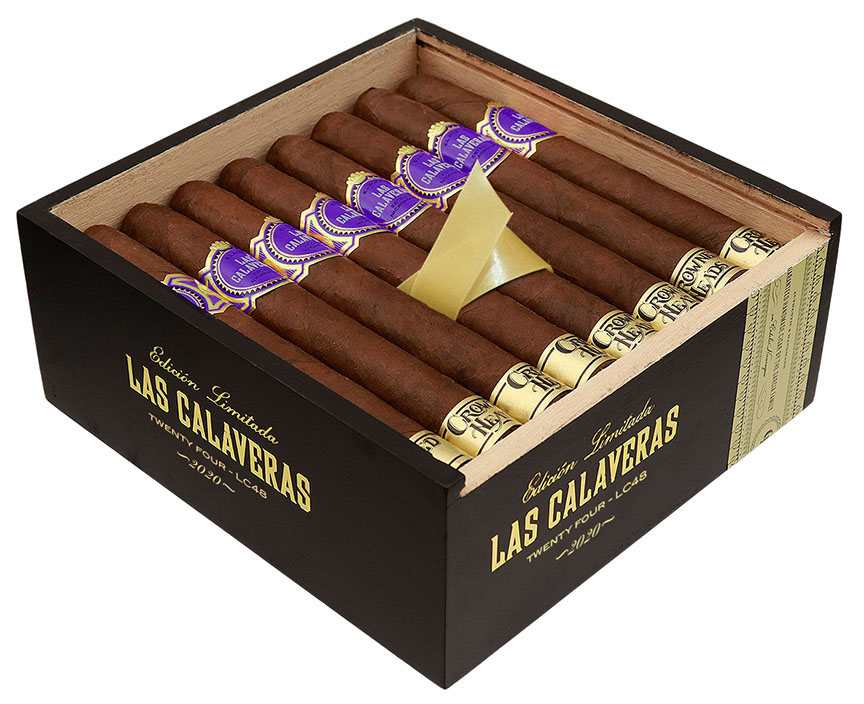 Crowned Heads has announced Las Calaveras Edición Limitada (EL) 2020, the seventh installment of the annual series that pays homage to the Year of the Dead, will return on July 1st.

First introduced in 2014, the limited-edition Las Calaveras was created as a yearly tribute to those who have passed away the previous year and is intended to be a celebration of life, focusing on happy memories rather than the pain and sadness of loss. In commemoration, every release of Las Calaveras has four coins adorning the band featuring the initials of four individuals who have passed away in the last year.

For the third time and the second consecutive year, Las Calaveras EL 2020 consists of an Ecuadorian Habano Oscuro cover leaf and Nicaraguan binder and filler. The cigars will be released in four sizes: LC48 (5 1/2 x 48), LC52 (5 x 52), LC56 (6 x 56), and Torpedo (6 1/8 x 52). The Torpedo will be available as a part of a four-count sampler featuring one of each of the Las Calaveras EL 2020 sizes. The LC48, LC52, and LC56 will be available in 24-count boxes. Production is handled by My Father Cigars in Estelí, Nicaragua – who has produced every release of Las Calaveras to date.