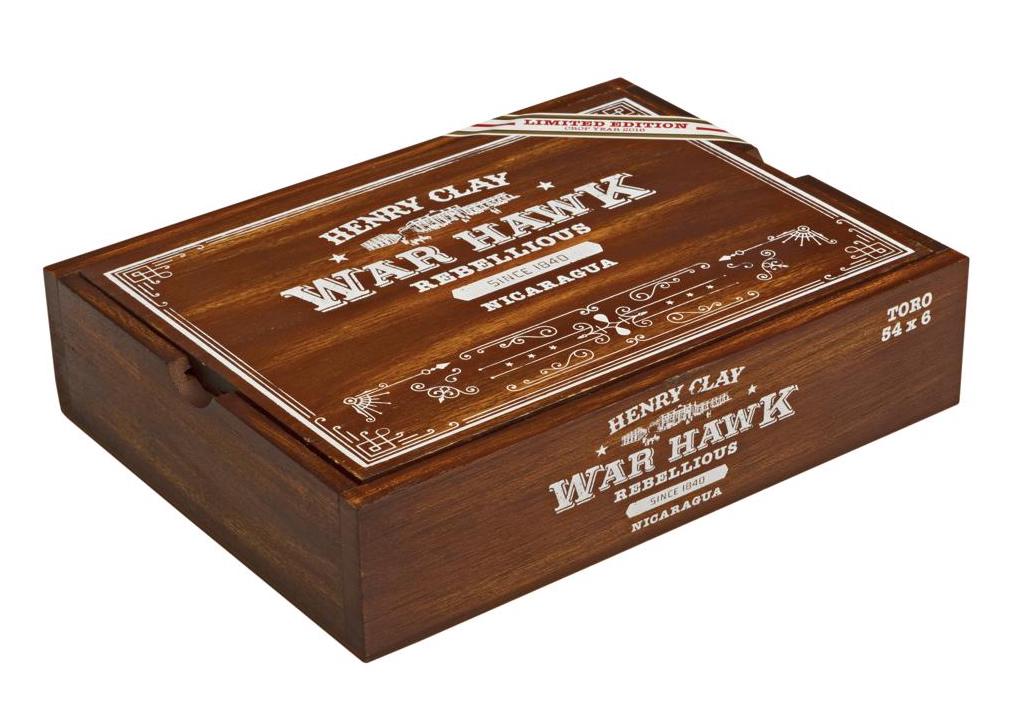 There is a new Henry Clay cigar coming next month, and it’s like no other Henry Clay before. This week Altadis USA has announced the Henry Clay War Hawk Rebellious. It’s unique for Henry Clay because it is the first cigar in the brand to be made in Nicaragua at Tabacalera AJ Fernandez – and it’s the first Henry Clay to not use Connecticut Broadleaf in the blend

The Henry Clay War Hawk Rebellious features a well-aged Habano wrapper over Nicaraguan binder and filler. While Connecticut Broadleaf is not used in the blend, this cigar does feature Nicaraguan Broadleaf for the binder.  It comes in one size – a 6 x 54 Toro. It will be presented in 20-count boxes. Pricing has been set at $9.60 per cigar and production will be limited to 1,200 boxes.

Last year, Altadis U.S.A. unveiled the regular production Henry Clay War Hawk. This would be a Henry Clay that would feature an Ecuadorian Connecticut Shade wrapper. The Henry Clay brand is widely associated with Broadleaf wrappers, but the War Hawk still utilized Connecticut Broadleaf as the binder.

“We are extremely proud of what we accomplished with our 2019 War Hawk, which was made at La Flor de Copan in Honduras and earned exceptional ratings,” commented Rafael Nodal, Head of Product Capability for Tabacalera USA in a press release.

“With the War Hawk Rebellious Limited Edition, we are offering adult consumers a complex, medium-bodied, Nicaraguan blend that complements the original War Hawk and provides smokers with a unique Nicaraguan experience,” added Nodal.

At a glance, here is a look at the Henry Clay War Hawk Rebellious: