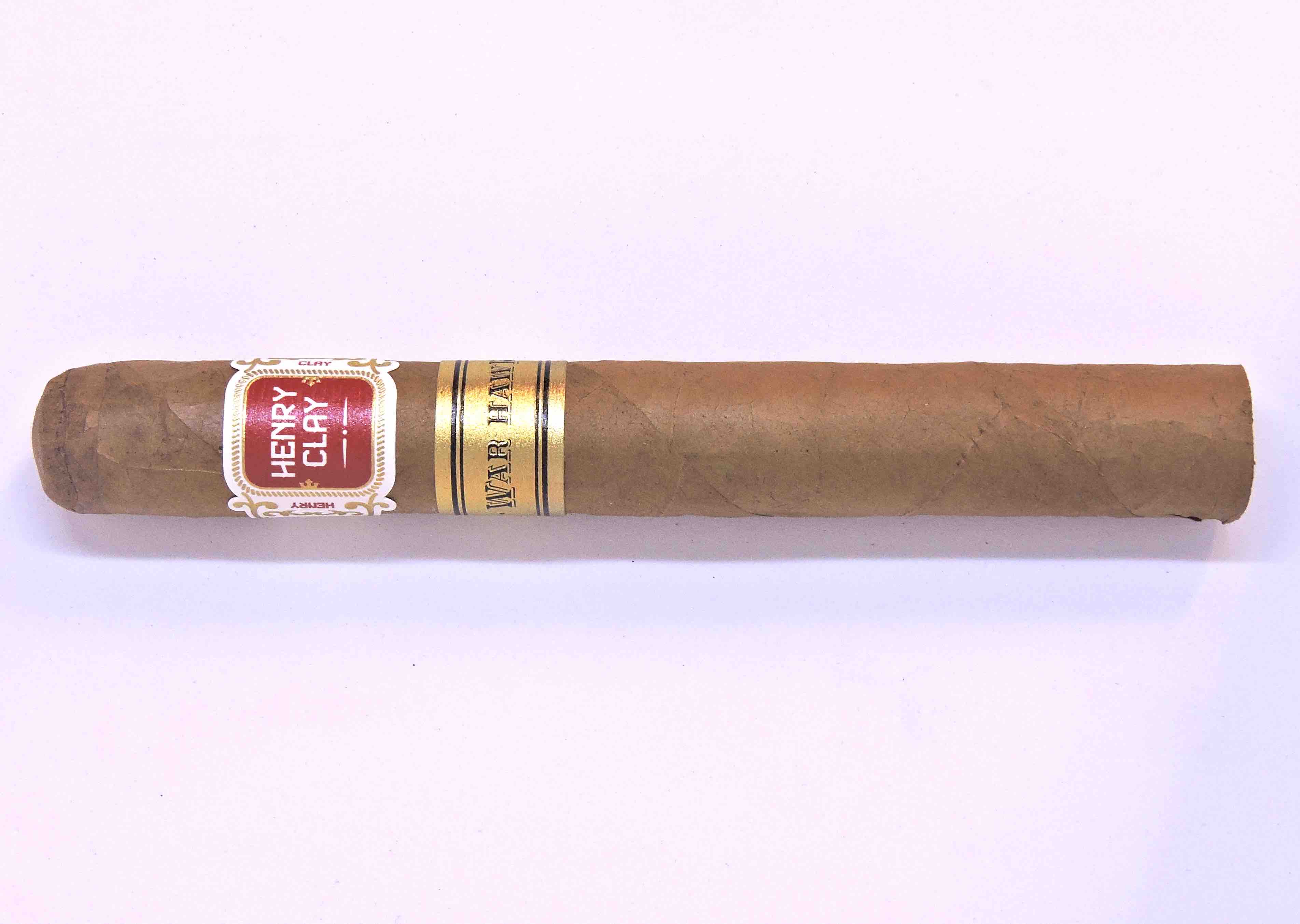 For many years, there have been three workhorse brands in the Altadis U.S.A. portfolio: Montecristo, Romeo y Julieta, and H. Upmann. There are many other brands in the Altadis portfolio that have gotten a push from time to time. One brand that has received somewhat of a push has been the Henry Clay brand. Henry Clay is a brand that traces its origins back to Cuba in the 1840s. Eventually, it was a brand acquired by Altadis USA, who would acquire the U.S. rights to the brand. While Altadis released a Henry Clay cigar in the 1990s, this has pretty much been a dormant brand since then. All of that changed in 2015, when Altadis and Tatuaje’s Pete Johnson announced a limited edition collaboration called the Henry Clay Tattoo. While Henry Clay is by no means a workhorse brand like the big three we mentioned, it is no longer is a dormant brand. Throughout its tenure in the Altadis portfolio, Henry Clay is a brand known for its rugged and gritty styled cigars. 2019 would see Henry Clay go in a new direction with the release of the Henry Clay War Hawk, the first Ecuadorian Connecticut Shade wrapped blend in the Altadis Henry Clay brand. Today we take a closer look at the Henry Clay War Hawk in the Toro size.

Henry Clay is a brand named for the U.S. Congressman who served as a Speaker of the U.S. House of Representatives in the early 1800s. The name War Hawk stems from a movement spearheaded by Clay that led to the War of 1812. In his role in Congress, he put pressure on President James Madison to declare war against Great Britain in 1812. The term War Hawk is a term used to describe someone who favors war to resolve a conflict or dispute.

One other note, the Henry Clay War Hawk is intended to be the first of a three-part series of cigars called the Immortal Trio. At press time, the second and third installments of this series have not been released.

Without further ado, let’s break down the Henry Clay War Hawk Toro and see what this cigar brings to the table.

As mentioned War Hawk features an Ecuadorian Connecticut Shade cigar. It also incorporates Broadleaf for the binder. Broadleaf is something that is used as a wrapper in all of the other Altadis Henry Clay offerings, and in this case, its carried over to the War Hawk for the binder. The fillers are Honduran tobaccos.

Two of Altadis’ regular production offerings under Henry Clay, the original Henry Clay and the Henry Clay Stalk Cut are produced at Tabacalera de Garcia in the Dominican Republic. In 2018, Altadis released the Henry Clay Cheroot, a cigar that comes out of Flor de Copan in Honduras. The War Hawk follows suit and also is produced in Honduras.

The Henry Clay War Hawk is offered in three sizes – each presented in 25-count boxes. 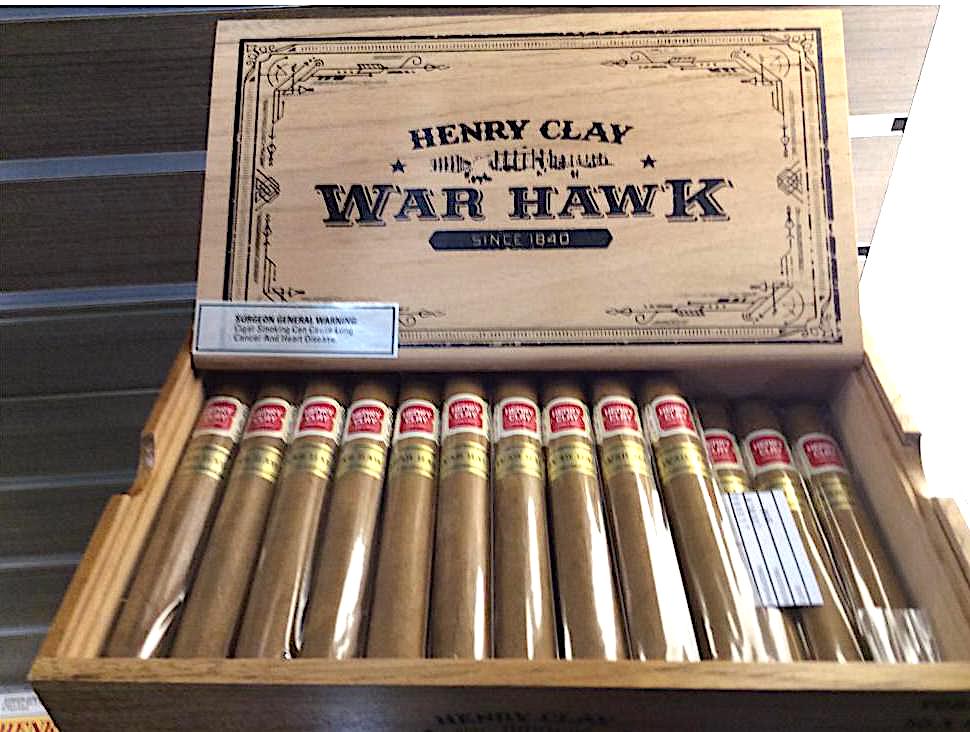 The Henry Clay War Hawk Toro’s Ecuadorian Connecticut Shade wrapper had a golden-brown color to it. There was some oil on the surface of the wrapper. There wasn’t much in the way of noticeable wrapper seams. There were some visible veins, but in general, this cigar had a more elegant look that any other Henry Clay release by Altadis to date.

The secondary band is gold with black pinstripes near the top and bottom. On the center of the band is the text “WAR HAWK” in black font.

Prior to lighting up the Henry Clay War Hawk Toro, a straight cut was used to commence the cigar experience. Once the cap was removed, it was on to the pre-light draw stage. The dry draw delivered a classic Ecuadorian Connecticut profile of notes of cream, wood, and citrus. This was a satisfactory pre-light draw. At this point, it was now time to light up the Henry Clay War Hawk Toro and see what the smoking phase would have in store.

The Henry Clay War Hawk Toro kicked off with notes of cream, wood, red pepper, and a sweet note that I can best describe as a honey-citrus. It didn’t take long for the honey-citrus and cream notes to surface as the primary ones. Meanwhile the red pepper was also present on the retro-hale.

Toward the later part of the second third and into the final third, the red pepper notes increased. There was more in the way of spice during this third, but it still was not overpowering. The honey-citrus and hay combination continued to be the primary notes with the pepper, baking spice, cream, and wood providing complementary notes. This is the way the smoking experience of the Henry Clay War Hawk Toro came to a close. The resulting nub was slightly soft to the touch and cool in temperature.

The Henry Clay War Hawk performed very well on the burn. There were four cigars smoked for this assessment, and one of them performed at a near perfect “exceptional” level. For the most part across the four cigars, the burn maintained a straight burn path and a relatively straight burn line. The resulting ash was firm with a salt and pepper color. The burn rate and burn temperature were both ideal. 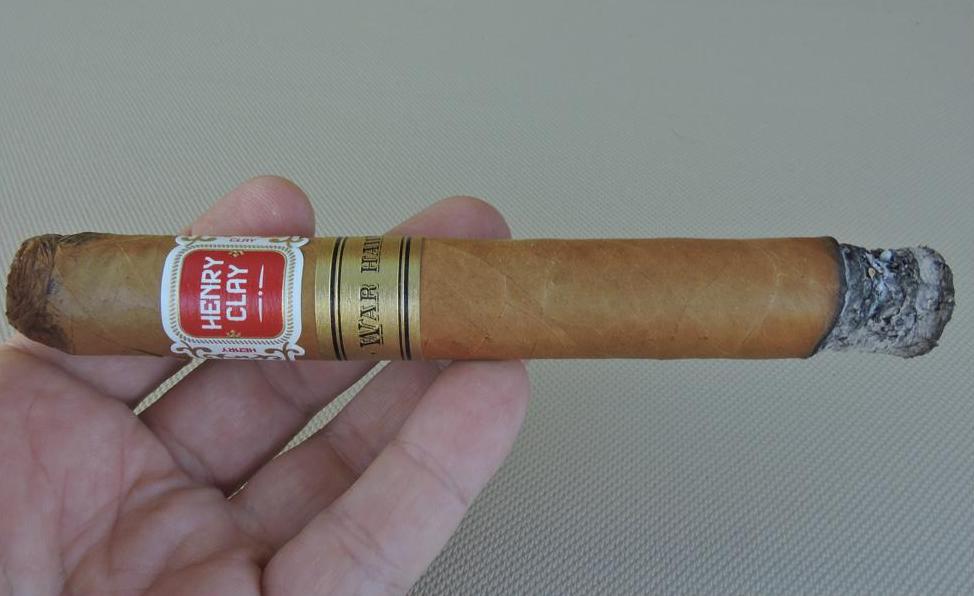 The draw to the Henry Clay War Hawk Toro performed at a high level as well. This cigar had that touch of resistance at a near optimum level for me. The War Hawk Toro was not a cigar that was difficult to derive flavor from.

As for the body, the Henry Clay War Hawk Toro started out medium-bodied. The body also increased at a gradual rate and by the last third, the flavors moved into medium to full-bodied territory.

In terms of strength versus body, the body had the edge from start to finish.

There are three things that are going to stand out about the Henry Clay War Hawk Toro. First, it’s going to be one of those more contemporary styled Connecticut Shade cigars with medium plus boldness. Second, the sweetness this cigar exhibits is going to be unique – and I believe cigar enthusiasts will either love it or hate it. Third, the War Hawk is not going to have the grittiness you’d expect from a Henry Clay. I’m all about brand identification, and this cigar simply does speak Henry Clay to me.  That being said, my comment on brand identification does not factor into a score.   While I enjoyed the sweetness I mentioned, it did leave a slight lingering aftertaste I could have done without.

Stilll this is a cigar that delivered a positive smoking experience. I liked how this cigar fit the bill of being a contemporary styled  Connecticut Shade smoke. The Henry Clay War Hawk Toro is a cigar I would recommend to either the novice or experienced cigar enthusiast.  As for myself, it’s a cigar I’d smoke again and pick up multiples for my humidor.