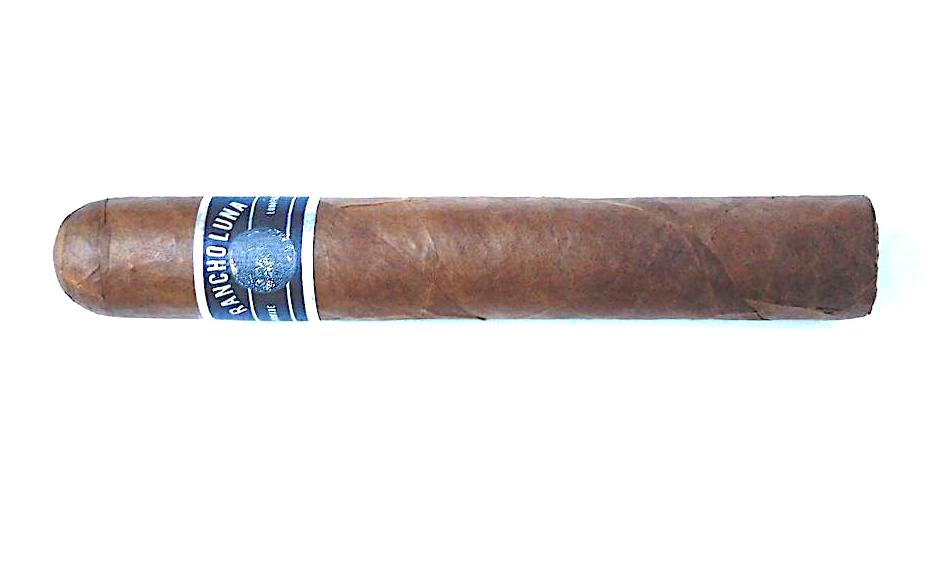 Without further ado, let’s break down the Rancho Luna Grandes 70 x 7 and see what this cigar brings to the table.

The Rancho Luna Grandes line consists of two sizes – a 64 ring gauge and the 70 ring gauge we are talking about today. Both vitolas are 7 inches in length. Each of the two sizes is available in 20-count boxes as well as 20-count bundles. 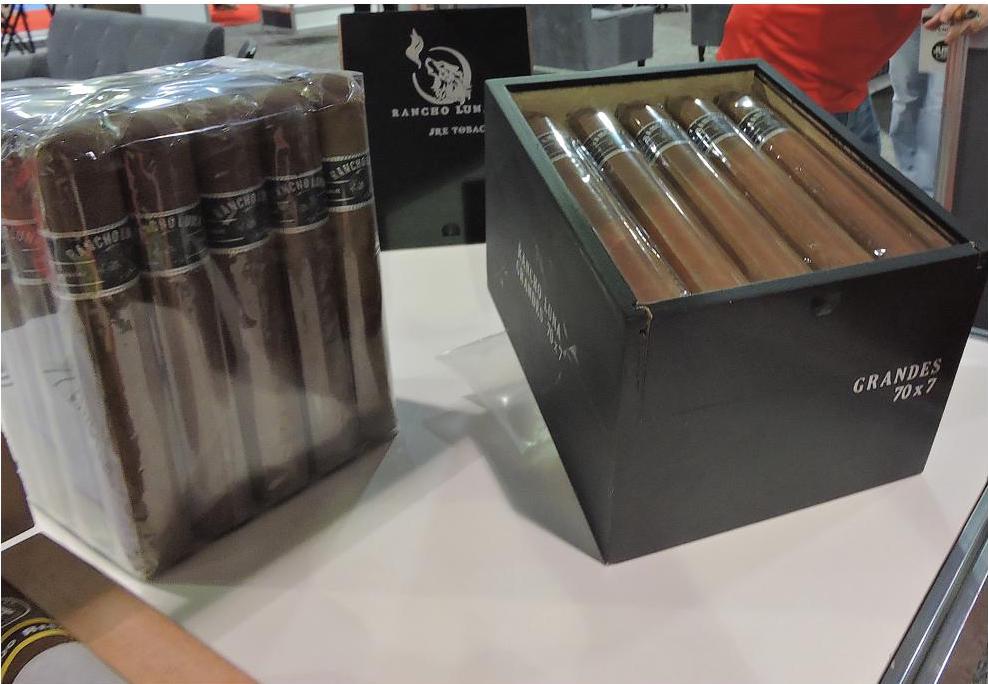 The Honduran Habano wrapper of the Rancho Luna Grandes 70 x 7 had a medium to dark brown color with a rosado tint to it. Upon closer examination, there was some mottling present on the surface of the wrapper. Overall the wrapper wasn’t the smoothest surface, but it wasn’t rugged either. There were some visible veins, and the wrapper seams were also on the thin side.

A straight cut was used to remove the cap of the Rancho Luna Grandes 70 x 7. One piece of advice I would give is to use a straight guillotine cutter that can handle the 70 ring gauge. Once the cap was removed, it was time to commence the pre-light draw. The dry draw delivered a mix of baker’s spice and wood. While not the most glamorous of pre-light draws, it was still a satisfactory one. At this point, it was time to light up the Rancho Lunas Grandes 70 x 7 and see what the smoking experience would deliver.

The Rancho Luna Grandes 70 x 7 opened up with notes of baker’s spice, wood, and dusty earth. The early part of the smoke saw the wood notes go primary. The baker’s spice and dusty earth settled into the background. Later in the first third, notes of black pepper and cedar also surfaced in the background. Meanwhile on the retro-hale, there was an additional layer of black pepper present.

As the Rancho Luna Grandes 70 x 7 moved through the second half, the pepper and cedar notes inched slowly toward the forefront. The wood notes remained grounded as the primary note. Further in the background both the baker’s spice and dusty earth notes became less prominent.

By the final third, the pepper and cedar notes joined the wood notes in the forefront. By this point, the baker’s spice and earth notes were quite distant and weren’t prominent enough to have a significant impact on the flavor profile. This is the way the Rancho Luna Grandes 70 x 7 came to a close. The resulting nub was soft to the touch, but cool in temperature.

While the burn line to the Rancho Luna Grandes 70 x 7 was on the jagged side, the cigar seemed to be able to take a straight burn path. Some touch-ups were needed,  but these were more or less for cosmetic purposes as the cigar maintained good combustion. The resulting ash had a salt and pepper color to it. This was an ash that was slightly on the loose side. As for the burn rate and burn temperature, both were ideal. 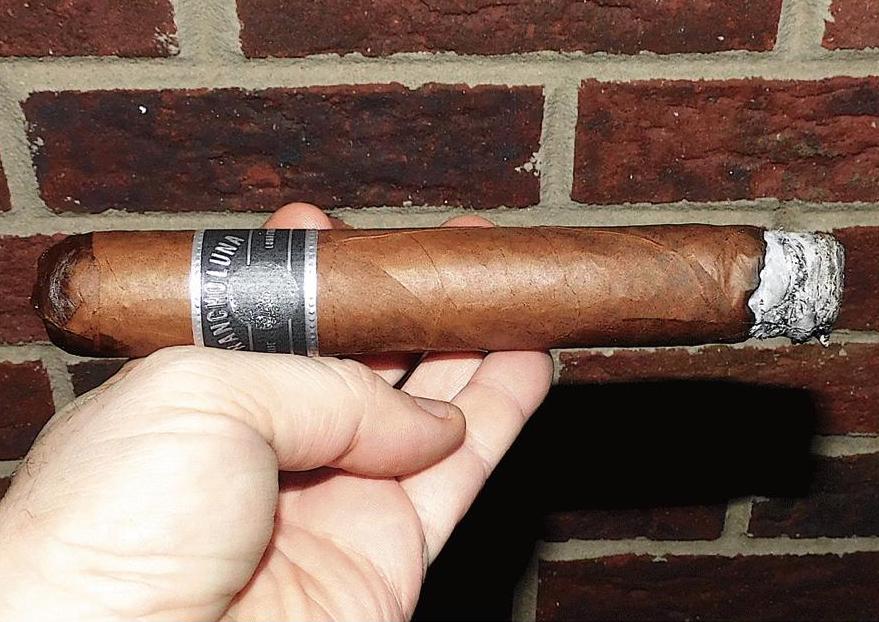 For a big cigar, the Rancho Luna Grandes 70 x 7 had an excellent draw. This cigar had a touch of resistance – which is something that I like. For this large cigar, the resistance balanced out nicely with the amount of openness. Sometimes a large cigar can be packed a little too loose – resulting in poor combustion. No such problem here. The result was a cigar that was low maintenance to derive flavor.

Overall the Rancho Luna Grande 70 x 7 started out medium for both strength and body. There was a nominal increase in both attributes along the way, but in the end, the cigar remained in the medium range. The strength and the body both balanced each other nicely with neither attribute overpowering the other.

One thing that was very clear when smoking the Rancho Luna Grandes 70 x 7 is that this was a cigar that was blended with the big ring gauge in mind. The flavors seemed to be well-balanced and came together in this blend. Sometimes when I’ve seen an existing blend produced in a 60+ ring gauge, it tends to fall down and lack balance. As for the flavors, the cigar is relatively straight-forward. It isn’t going to deliver any wow factor flavor-wise, nor will it convert someone who doesn’t smoke big ring gauges to one that will. However whether one is a novice or experienced big ring gauge cigar enthusiast, this is a cigar that can be enjoyed. As for myself, it’s a cigar I would purchase for those days I want to smoke a 70 ring gauge; but it’s not one that will replace smoking the Aladino line.