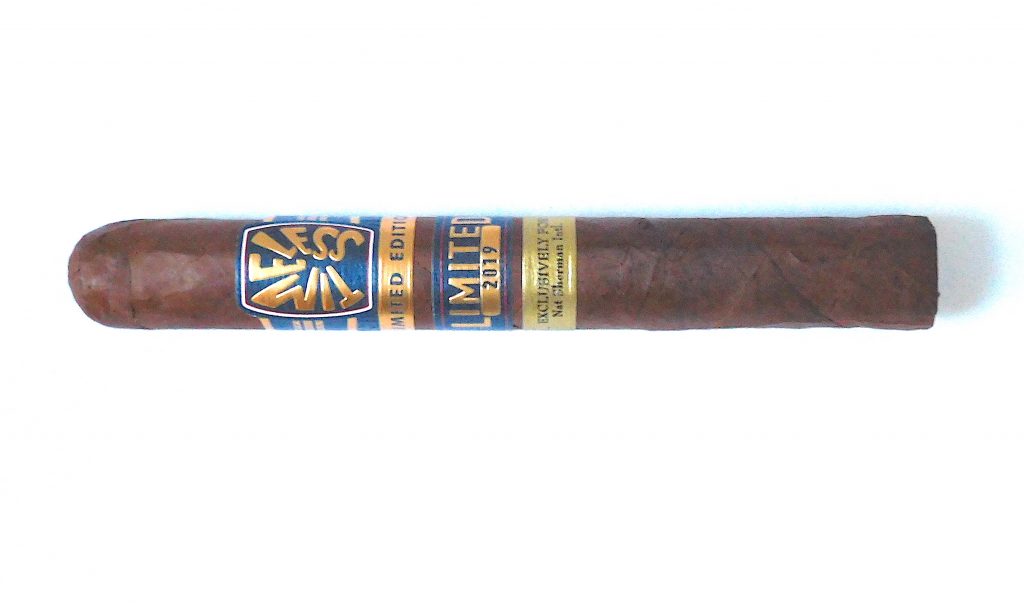 In 2019, Nat Sherman International would bring three limited edition cigars to market. One cigar was an offering made available to the Tobacconist Association of America (TAA) under the Timeless brand. There also were two other limited edition cigars that were introduced to the national market – one under the Epoca brand and the other would be a second cigar under Timeless brand. It was a significant set of releases for Nat Sherman as these were the first new blends introduced since the brand was acquired by Altria in 2017. This hasn’t been a negative because, over the past decade, Nat Sherman has been a brand focused on maintaining the consistency of its core lines. Nonetheless, for many cigar enthusiasts, it was still exciting to see Nat Sherman bring these three limited editions to market. Today we take look at one of the nationally released limited editions, the Timeless 2019 Limited Edition.

Without further ado, let’s break down the Timeless 2019 Limited Edition and see what this cigar brings to the table.

The blend of the Timeless 2019 Limited Edition cigar is a Dominican forward blend with tobaccos from the Dominican Republic used in the wrapper, binder, and filler. The fillers also incorporate Nicaraguan tobaccos. Production for the cigar is handled by Nat Sherman’s long-time manufacturing partner, Quesada Cigars in Licey, Dominican Republic.

The Timeless 2019 Limited Edition was produced in one size -a. 6 x 50 Toro. The cigars were presented in five-count boxes. Production was limited to 5,000 boxes. 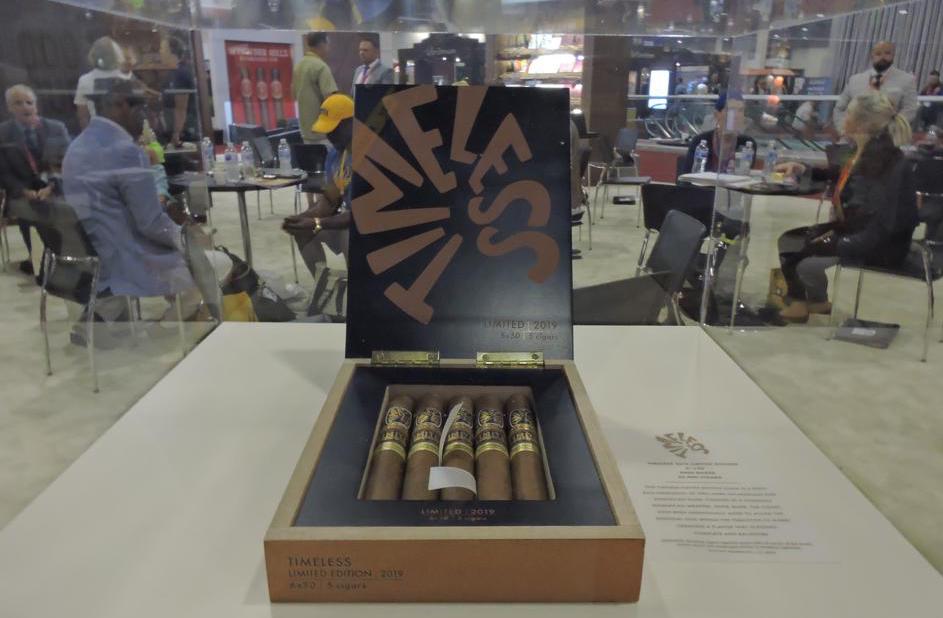 The look of the Dominican Shade Grown Colorado Oscuro wrapper of the Timeless 2019 Limited Edition is as advertised. The wrapper had a roasted coffee bean look that was dark with a touch of Colorado red in it. There was some subtle mottling on the surface of the wrapper. This was a wrapper that had more of a silky than an oily look to it. There were also some visible seams and some visible veins on the surface.

The secondary band also has a blue background. The center of the band has the text “LIMITED” in gold font. Below it is the text “2019” in blue font on a small rectangular gold background. The tertiary band is gold with the text “EXCLUSIVELY FOR Nat Sherman Intl” surrounded by black trim.

A straight cut was used to remove the cap of the Timeless Limited Edition 2019. Once the cap was removed it was on to the pre-light draw. The dry draw delivered a mix of chocolate, earth, and a slight white pepper note. Overall I found this to be an excellent pre-light draw experience. At this point, it was time to light up the Timeless Limited Edition 2019 and move on to the smoking phase.

The Timeless 2019 Limited Edition started out with a potpourri of flavors including chocolate, natural tobacco, cedar, citrus, and white pepper. There wasn’t a dominant note early on, but by the midway point of the first third, the chocolate and natural tobacco notes surfaced as the primary notes. The secondary notes were the cedar, citrus, and white pepper. Before the end of the first third, the chocolate notes receded into the background.

The final third saw the natural tobacco and cedar notes remain in the forefront. There was an increase in the white pepper notes. There were still notes of citrus and chocolate present. This is the way the Timeless 2019 Limited Edition came to a close. The resulting nub was cool in temperature and slightly soft to the touch.

Some touch-ups were needed on the Timeless 2019 Limited Edition to keep the burn on the straight path and burn line relatively straight. These touch-ups were frequent, but not excessive in terms of the amount needed. The resulting ash was relatively firm. This was an ash that had a mostly darker gray color to it. The burn rate and burn temperature were both ideal. 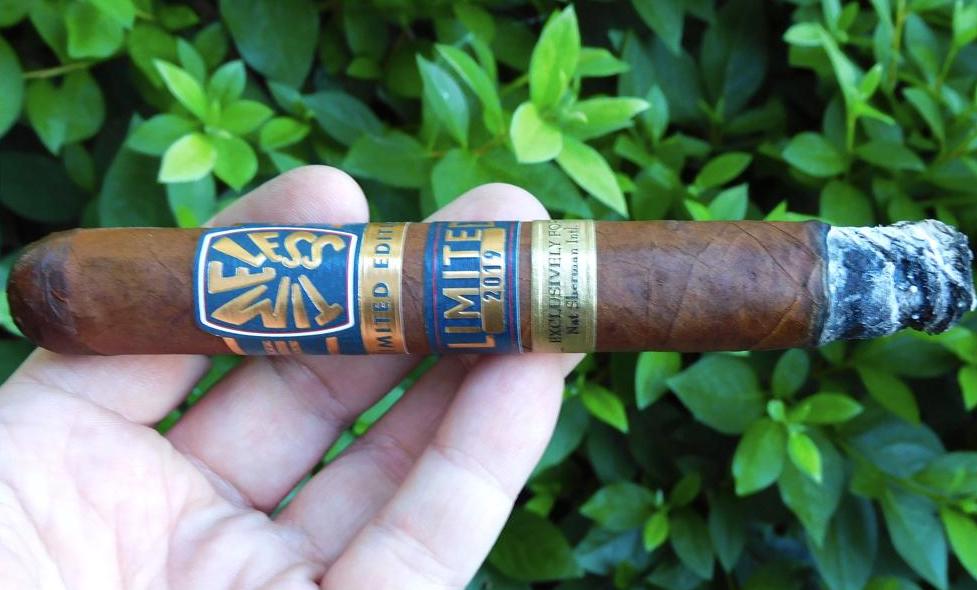 Burn of the Timeless 2019 Limited Edition

The draw to the Timeless 2019 Limited Edition had a touch of resistance to it. Those who follow my assessments know a little resistance is what I prefer on a cigar. At the same time, this was still a low maintenance cigar to derive flavor from.

The Timeless 2019 Limited Edition started out with medium strength and medium body. There was a gradual build-up in the intensity levels along the way and just past the midway point, both attributes progressed to the medium to full range of the spectrum. The increase in intensity leveled off in the second half and the Timeless 2019 Limited Edition stayed in medium to full territory.

There are going to be obvious comparisons with the Timeless 2019 Limited Edition and its TAA counterpart, the Timeless TAA Limited Edition. Both are very good cigars, but the TAA cigar seemed to do better in terms of better flavors and better balance. It’s not a knock, but in compression cases one cigar is going to score better than the other. This is not an assessment in terms of that comparison, but rather one on the merits of the Timeless 2019 Limited Edition itself. While price doesn’t play into the score, at $17.00 SRP, it isn’t going to be an inexpensive cigar. While it’s still one I would smoke again, with the higher price point I’d advise one to try a sample first and see if its a fit.