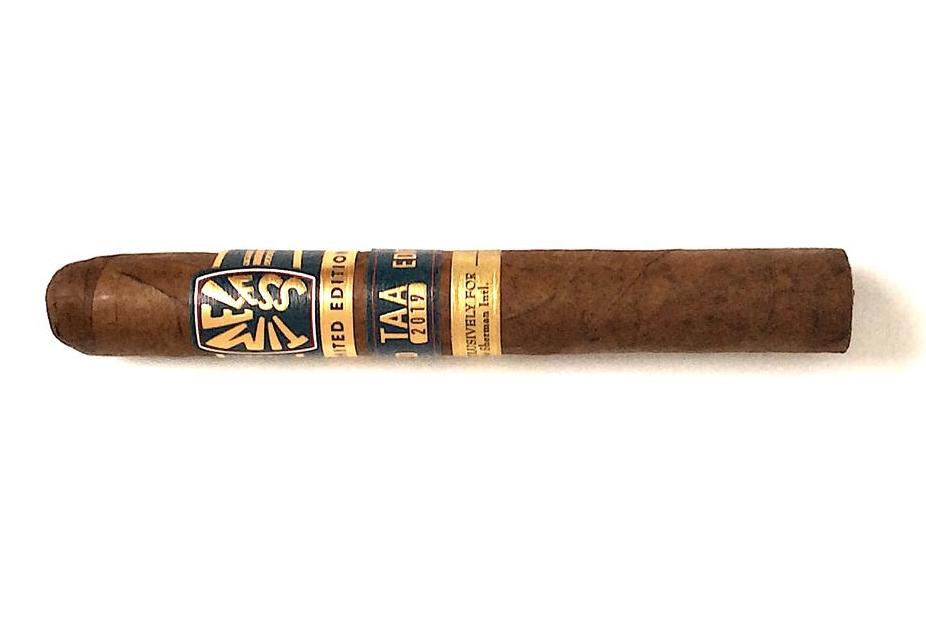 As mentioned, Nat Sherman has been a part of the TAA Exclusive Series since 2015. The Nat Sherman Panamericana was introduced in 2015 and was an ongoing TAA release through 2018. For completeness, here is the list of Nat Sherman’s TAA offerings

Without further ado, let’s break down the Timeless TAA Limited Edition 2019 and see what this cigar brings to the table.

The Timeless TAA Limited Edition 2019 is a Dominican Puro. As mentioned above, production comes out of the Quesada Cigars factory in the Dominican Republic.

The Timeless TAA 2019 Limited Edition was offered in one size – a 6 x 49 Toro. The cigars were presented in 10-count boxes with a total of 1,500 boxes produced. 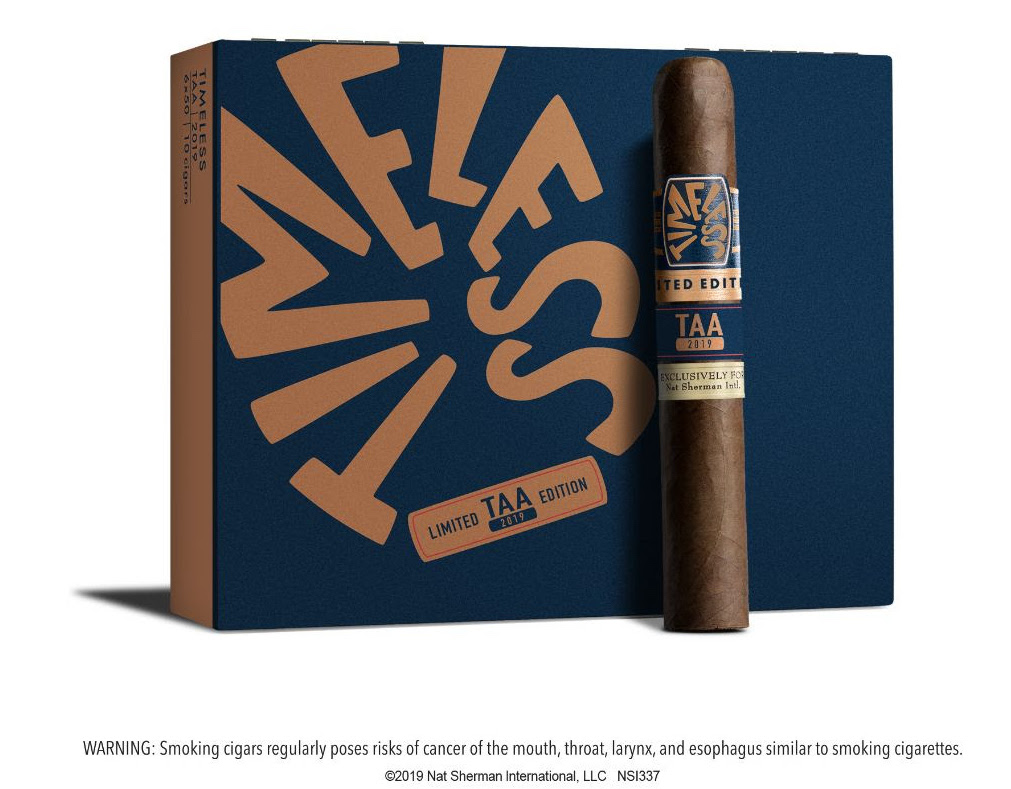 The tertiary band is gold with the text “EXCLUSIVELY FOR Nat Sherman Intl” surrounded by black trim.

A straight cut was used to commence the Timeless TAA 2019 Limited Edition cigar experience. Once the cap was removed, it was on to the pre-light draw experience. The dry draw delivered a nice assortment of flavors including milk chocolate, leather, natural tobacco, and wood. In my opinion, this was a very good pre-light draw experience. At this point, it was time to light up the Timeless TAA 2019 Limited Edition and see what the smoking phase would have in store.

The start of the Timeless TAA 2019 Limited Edition delivered a mix of classic wood, coffee, mixed pepper, and a citrus note resembling a sweetened grapefruit. Early on the coffee and citrus notes moved into the forefront. The pepper and wood notes settled in the background. On the retro-hale, there was a layer of what I would categorize as an exotic spice.

The final third didn’t see many changes. The coffee notes remained in the background complemented by the citrus, pepper, and wood. This is the way the Timeless TAA 2019 Limited Edition came to a close. The resulting nub was soft to the touch and cool in temperature.

The Timeless TAA 2019 Limited Edition scored very nicely when it came to the burn. The cigar maintained a straight burn path and maintained a relatively straight burn line. The cigar had a firm ash that had a near-white color to it. As for the burn rate and burn temperature, both had ideal levels. 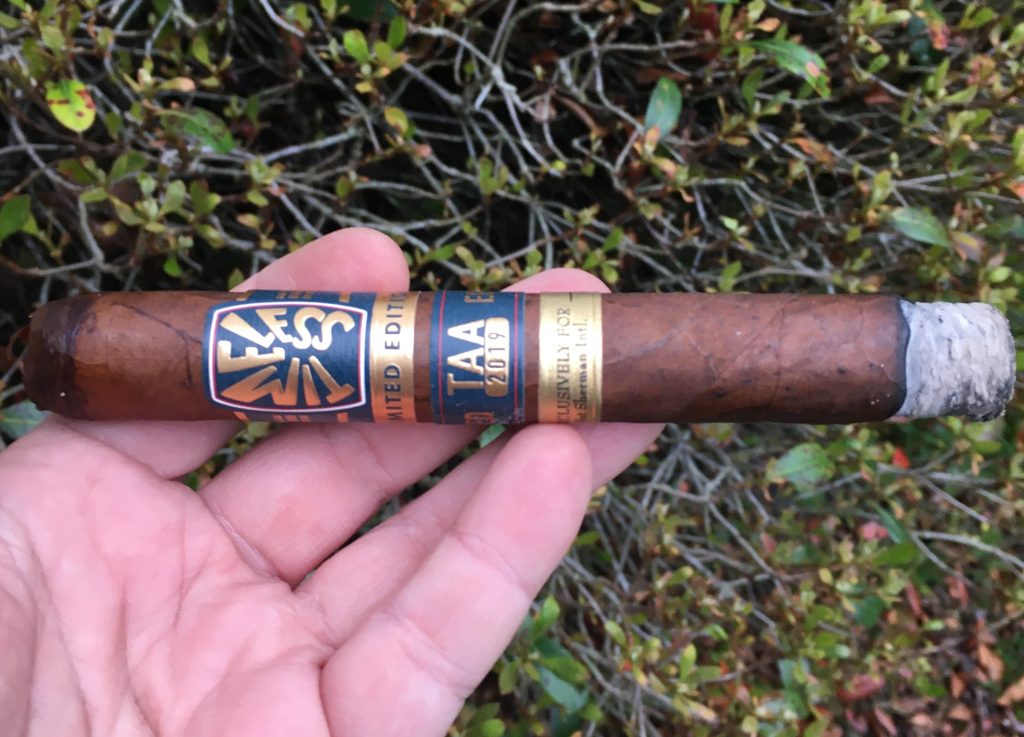 The draw to the Timeless TAA 2019 Limited Edition performed quite well. The cigar had a touch of resistance – which if you read my assessments you would know this is my preference. At the same time, this was a low maintenance cigar to derive flavor from.

The Timeless TAA 2019 Limited Edition delivered a medium strength, medium-bodied experience from start to finish. There was a slight amount of variance of both attributes during the smoking experience. In terms of strength versus body, both attributes balanced each other nicely with neither attribute overshadowing the other.