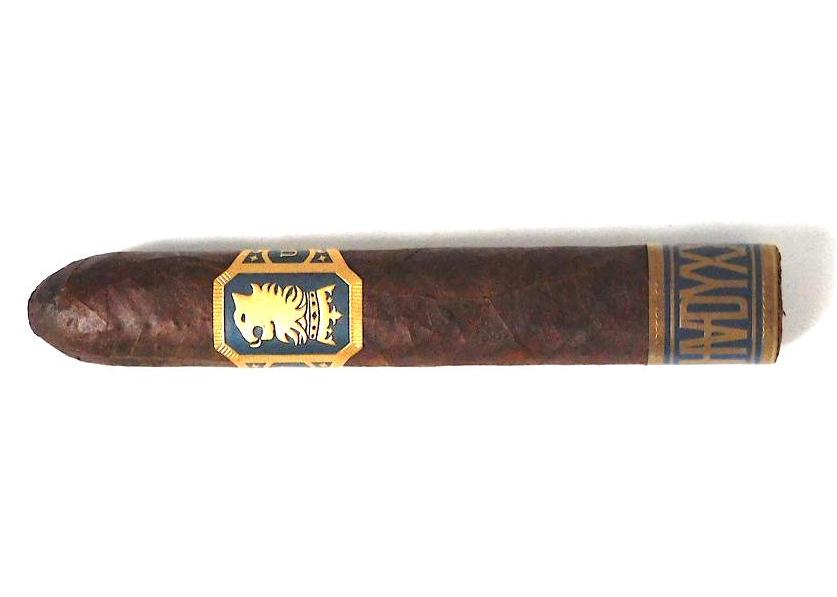 The Undercrown ShadyXX is not the first collaboration between Drew Estate and Shady Records. Back in 2014, the two parties teamed up to release the Undercrown ShadyXV – a cigar that was released for the 15th anniversary of Shady Records. The ShadyXV was a much more limited release as it was was an exclusive focused around the Detroit, Michigan market. At the time, the release was done to coincide with the release of ShadyXV, a compilation album of Hip Hop artists. The Shady XX is described as a similar cigar but features upgraded packaging.

Without further ado, let’s break down the Undercrown ShadyXX and see what this cigar brings to the table.

Both the ShadyXX and ShadyXV are 5 x 50 box-pressed belicoso cigars. The ShadyXX comes packaged in ten-count petacas (the original ShadyXV came in soft-package craft paper bundles). 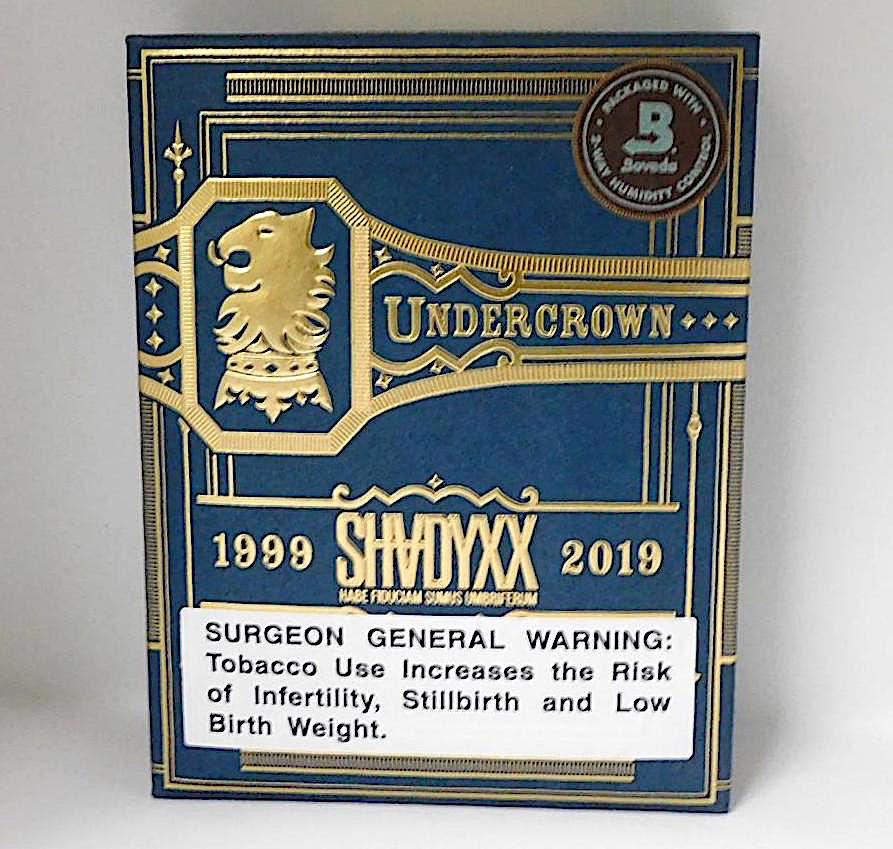 The San Andres wrapper of Undercrown ShadyXX had a chocolate brown color. This wrapper that had some subtle mottling and also had a nice amount of oil on it. There were some visible veins and some visible wrapper seams. The wrapper itself had a slightly bumpy surface to it. The cigar is a firm box-press and the belicoso tip has a slightly rounded effect.

There are two bands on the Undercrown ShadyXX. The primary band is the same seen on the Undercrown Maduro line. This band features a blue background and gold font. The center of the band features a gold Liga Privada-style lion on a gold upside down crown. To the left is a mirror reflection of the text Undercrown. To the right is the text “Undercrown.” To the far right, fastening the back of the band is the Drew Estate logo in gold font on a white background.

There is a secondary band on the footer. This band is also blue with gold trim and gold font. On the center of the band is the text “SHADYXX” (with the A upside down). On the left side is the text “1999-2019” white the right side is the text “HABE FIDUCIAM SUMUS UMBRIFERUM” – a Latin phrase that loosely translates to “Trust us, we’re shady.”.

A straight cut was used to clip the belicoso tip of the Undercrown ShadyXX. A little more than half of the tip was cut to maintain the tapering effect on the cigar. From that point, it was on to the pre-light draw ritual. The dry draw delivered a mix of cocoa, earth, and a slight amount of fruit. This pre-light draw provided an excellent gateway to this cigar experience. From this point, it was time to toast up the foot of the ShadyXX and move on to the smoking experience.

During the second third, there was an increase of the red pepper notes. These red pepper notes joined the coffee notes in the forefront just past the midway point. Meanwhile, the ShadyXX’s background notes remained citrus, earth, and chocolate.

The final third saw the red pepper notes take a slight edge over the coffee notes. There were still notes of citrus, earth, and chocolate that rounded out the profile. This is the way the Undercrown ShadyXX came to a close. The resulting nub was slightly soft to the touch and cool in temperature.

The burn of the Undercrown ShadyXX needed some touch-ups along the way to maintain a straight burn path and a relatively straight burn line. The touch-ups did the trick keeping the burn on track, but I did need more than I prefer. The resulting ash had a light charcoal-gray color. This was an ash that skewed toward the firmer side. The burn rate and burn temperature were both ideal. 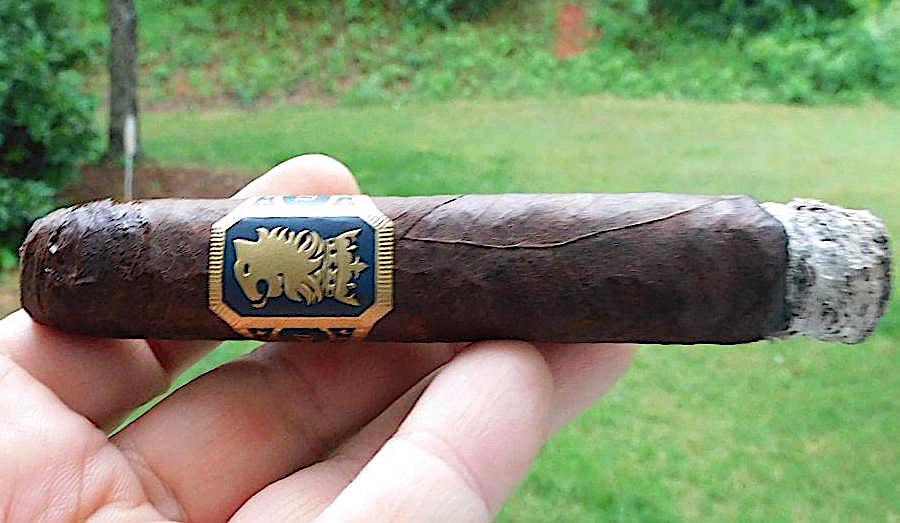 Burn of the Undercrown ShadyXX

The draw to the Undercrown ShadyXX was open, but not loose. Normally I like a little more resistance on a box-press. The tip of the belicoso remained relatively firm while puffing. Concurrently, this was a cigar that produced an abundance of smoke.

I found the Undercrown ShadyXX to have some kick to it when it came to strength. This was a cigar that came out of the gate medium to full and stayed in that range throughout the smoking experience. As for the body, the flavors started out medium. Just past the midway point, the flavors kicked it up into the medium to full range.

In terms of strength versus body, the Undercrown ShadyXX is a case where the strength had a slight edge.

« Announcement: 10 Years of Cigar Coop Series to Begin on June 12 » The Blog: The 4 Most Common Ways to Light Your Cigar by Nick Perdomo