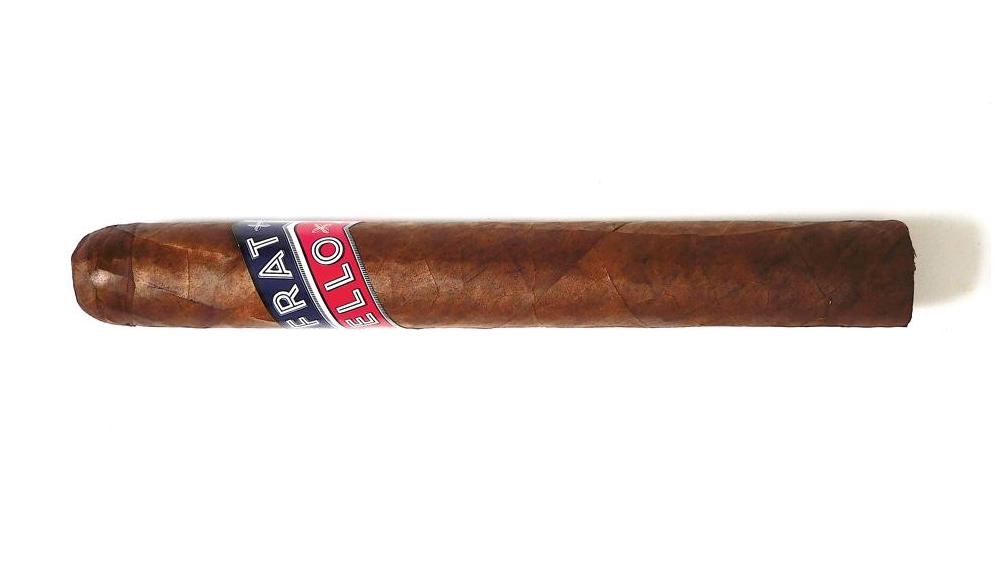 In 2019, Fratello Cigars announced a release known as “The Texan.” As indicated by the name, The Texan is a regional release that was done for the State of Texas – a region that has been successful for Fratello Cigars. This was not the first regional release for Fratello Cigars as late in 2018, Fratello Cigars would launch the DMV Series – an exclusive to retailers in the DMV area of the U.S.-  D.C., Maryland, Virginia, and Delaware retailers. Given that Texas is known for being one of the largest states in the U.S., the Texan would feature a massive 7 1/8 x 58 Gordo – the largest format Fratello would release to date. A portion of the sales of The Texan would go to the Texas Cigar Merchant Association. Today we take a closer look at Fratello The Texan.

Fratello Cigars is owned and operated by Omar de Frias. It is a company that has production in two different countries – Nicaragua and the Dominican Republic. In Nicaragua, Fratello works with Fábrica de Tabacos Joya de Nicaragua, S.A. and in the Dominican Republic, it works with the La Aurora factory. The common denominator with both of those factories is each is the oldest operation in its respective country. For The Texan, Fratello is producing that cigar out of the La Aurora factory.

Without further ado, let’s break down The Texan and see what this cigar brings to the table.

The blend to The Texan is a multi-national blend highlighted by the Havana Vuelta Abajo (HVA) wrapper. Also included in the blend is Andullo tobacco. Andullo tobacco undergoes a very different curing process than traditional cigar tobacco leaves.  This involves putting tobacco leaves in palm seed pods.  The pods are then wrapped in rope, causing the Andullo tobacco to compress into a thick bar almost looking like a roll of salami. Once it has hardened, it typically is carved off. Andullo tobacco is a tobacco that is used for several blends at the La Aurora Cigar factory.

The HVA wrapper of The Texan had a medium brown color with a slight rosado tint to it. This was a wrapper that had an oily complexion. Upon closer examination, there also was some mottling on the surface. There were some visible veins as well as some visible wrapper seams, but overall The Texan had a smooth wrapper.

The band features a white-colored variant of the company’s signature Fratello band with the unique “zig-zag/marquis design.” The band has the colors of the Texas (and the U.S.) flag with a blue background at the top and red background on the bottom – separated by a white divider. The zig-zag shape features the text “FRAT” on the upper portion and “ELLO” on the lower portion in a large white font with a blue outline. On the far right of the band is a white nameplate-style design element in landscape mode. On that element is the text “The Texan” in blue font.

A straight cut was used to commence the cigar experience of The Texan. A cutter geared toward larger ring gauge cigars was used to get a cleaner cut of the surface. Once the cut was complete, it was on to the pre-light draw. The cold draw yielded notes of cedar, dusty earth, and nut. Overall this was a satisfactory pre-light draw experience. It was now time to toast up the foot of The Texan and see what this cigar would have in store.

Fratello The Texan started out with notes of cedar, nut, earth, and pepper. Early on the cedar and nut notes moved into the forefront with the earth and pepper settling in the background. The cedar and earth notes were on at even level during the first third. Meanwhile, there was an additional layer of black pepper on the retro-hale.

During the second third, there was an increase in both the cedar and pepper notes. This resulted in the cedar taking over as the primary note prior to the midway point. The nut flavors settled in the background with the earth and pepper notes. The pepper continued to gradually increase during this stage of the smoking experience.

The last third of The Texan didn’t see much in the way of change. The cedar notes remained primary while the pepper notes were a close secondary. There still were notes of nut and earth present in the background. This is the way The Texan came to a close. The resulting nub was slightly soft to the touch and cool in temperature.

Simply put, The Texan didn’t have a pretty burn. The burn line was jagged and needed frequent touch-ups to fix it. These touch-ups were also needed to keep the burn on a straight path. The resulting ash wasn’t overly firm. This was an ash that was silver-gray in color. Meanwhile, the burn temperature was ideal. While this was a big cigar, it was a slow burner. The two samples smoked averaged 3 hours 10 minutes to smoke. 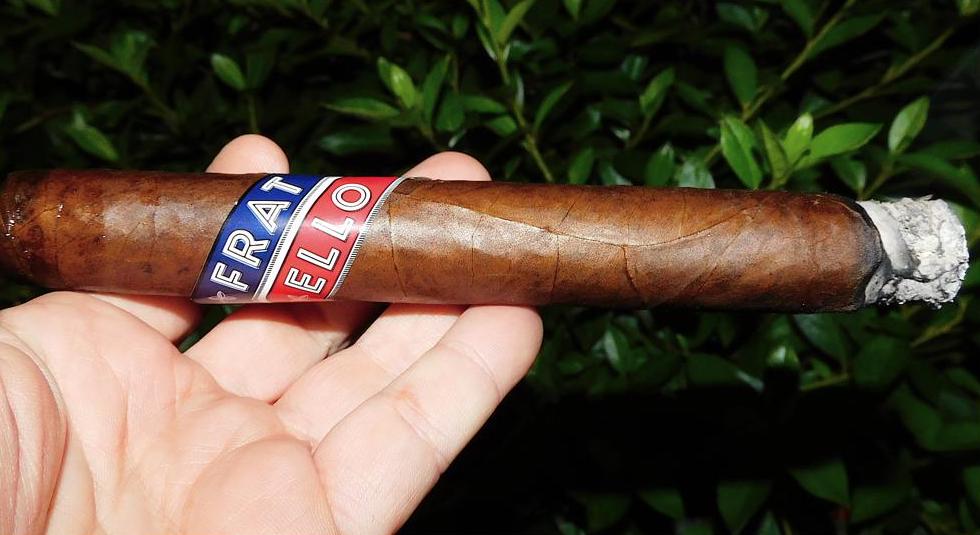 Burn of Fratello The Texan

When it came to the draw, The Texan scored quite well. This is a cigar that had a touch of resistance, yet at the same time was a low maintenance cigar to derive flavor from. I was quite impressed that for such a big cigar with little resistance how well this cigar drew.  I’ll infer this is also why this cigar had a slower burn rate.

The Texan is a cigar that started out with medium strength and medium body. Both attributes seemed to increase in intensity in a linear fashion. By the midway point, The Texan was in medium to full territory. The increase continued right until the end of the cigar where it was on the doorstep of being full strength and full-bodied, but didn’t quite make it there.

In terms of strength versus body, both attributes of The Texan balanced each other nicely with neither one overshadowing the other.

I’ve long said that big ring gauges sizes get a bum rap and that “Gordos are vitolas too.” In the case of Fratello The Texan, this is a big ring gauge that did fall short of the mark. I found the flavor profile mostly linear from start to finish. The flavor profile as a whole lacked any “wow factor.” Toward the final third of The Texan, I found the flavor profile do be unbalanced.  In the end, I know that Fratello and La Aurora can do better than this. Most certainly this is a cigar I’d recommend trying a sample first before deciding what type of investment you make.