“Before there was Prime Time, we were partnered with Stogie Geeks. It was that partnership that made many things on Cigar Coop possible.”

Throughout this series, I have talked about how Cigar Coop has gone through an evolutionary process in growing into the media brand it has become. One thing that helped Cigar Coop evolve was the 3 1/2 year partnership we had with Stogie Geeks.

Some background. When I discussed some of the mistakes Cigar Coop made, one in particular during the coverage of the 2012 IPCPR Trade Show was trying to be like everyone else and do the video coverage of the show. The format of doing multiple short interviews asking “how’s the trade show going” did not resonate well with me. Following the Trade Show, I started exploring the possibility of doing a podcast. It was something I really didn’t have much of a clue about.

There were some podcasts out there. There was one podcast that caught my attention, and that was Stogie Geeks. They had been around for a year and were flying under the radar. I had found them from some links into the Cigar Coop website. It was a four-man cigar roundtable. They weren’t doing interviews, but talking and reviewing cigars. While it wasn’t the type of podcast I was looking for to launch at Cigar Coop, Stogie Geeks was delivering some excellent content – and I got hooked as a listener.

You couldn’t help but love one of the hosts, Mark “Stogie Santa” Feeley. He brought deep knowledge, with honest emotion like nobody has ever done on a podcast.

At the 2013 IPCPR Trade Show, I had put the idea of a podcast on hold, and eliminated most of the video interviews. I went and visited the Ocean State Cigars booth where Stogie Santa was working. He knew who I was, I knew who he was. In a matter of minutes, we felt like old friends. I was experiencing real live Stogie Geeks in person. We remain very close friends to this day and talk multiple times per week.

Shortly after the Trade Show, Stogie Geeks owner Paul Asadoorian contacted me about doing a guest appearance on Stogie Geeks to discuss the Trade Show. I was honored and had a great time. Shortly afterward, Paul and I talked about me joining the show on a regular basis, and that eventually led to a partnership. The partnership provided the opportunity to develop some of the concepts I had originally wanted to do in a podcast. As I mentioned in Part 5 of this series, Cigar Coop hadn’t even gotten into the sponsorship realm – and thanks to the partnership with Stogie Geeks, we now had a powerful joint platform to leverage sponsorship.

Stogie Geeks also had a very sophisticated production setup – complete with some of the best equipment and producers. Eventually, the show would come out of a professional studio. Paul was already established as one of the leading internet security podcasters, so we were very fortunate to leverage this platform. 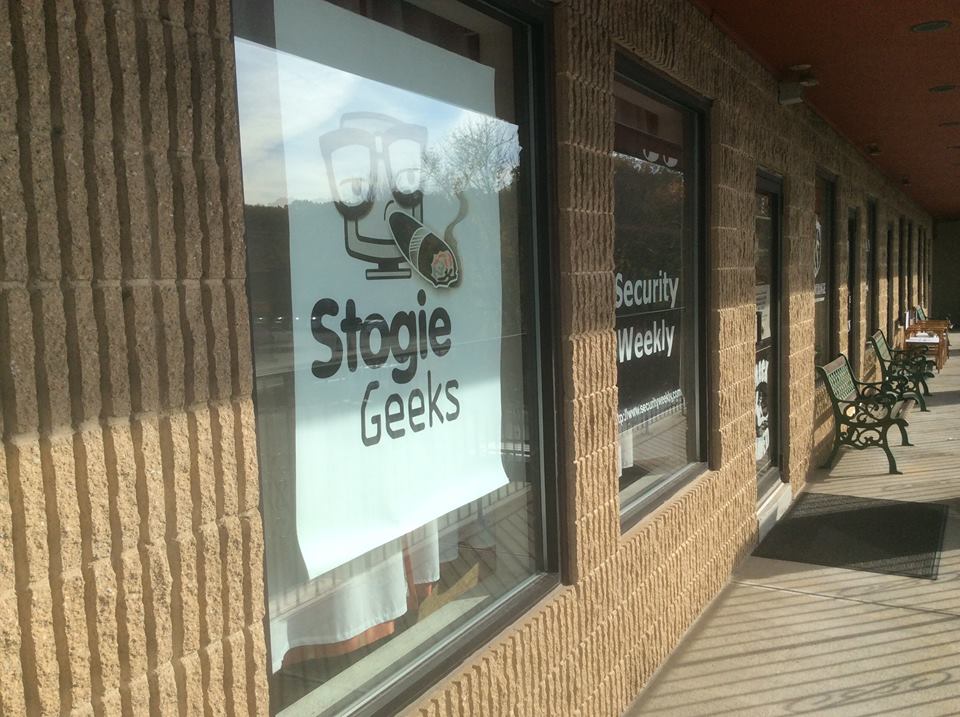 I believe we were the first cigar media network to merge a written component (blog) with a podcast component. Best of all,  I would retain creative control over Cigar Coop’s content and growth.

After I joined, we added an interview component. Our first guest was Fred Rewey (yes “Be the Lime” Fred Rewey who seems to get plugged in each of these series). Combining the power of the platform with some excellent content, the guests started lining up – the Matt Booths, the Pete Johnsons, the Andre Farkas, the Nestor Mirandas, the Steve Sakas, the Nick Melillos, and Jose Blancos. This led to the Jose Seijas, the Rocky Patels, Jonathan Drews, the Christian Eiroas, and the Jorge Padrons.

A constant of the show would be the Stogies of the Week segment. Utilizing the four-man roundtable format made for some excellent discussion. The four-man team of Stogie Santa, Mark Maloney, Paul, and I had some incredible times during that segment.

This was a beautiful thing to watch. Our show was taking off. For many, we became the highlight of Thursday nights. Cigar Coop was growing as well. Cigar Coop was becoming a name – especially in news. The exposure on Stogie Geeks helped Cigar Coop, and Cigar Coop’s daily publication (which lasted the entire Stogie Geeks run) helped Stogie Geeks. Both brands benefited enormously from the partnership.

There were some little things as well. The Stogie Geeks rating system became a part of Cigar Coop, and eventually was revamped and rebranded as our Value Rating System.

Most of all, I would like to look back and say we all had a lot of fun doing this. Nobody could forget the “Ass Pressed Episode” in 2015. The four-man crew would eventually become Paul and me, but the level of excellence remained.

Eventually, things did change. The growth of both brands led to business and creative differences – something that happens in a business like this. Early in 2017, Cigar Coop and Stogie Geeks would go their separate ways. I think both were in a much better place than when we started. Certainly from the Cigar Coop standpoint, it poised things for the Prime Time era (which will be covered in Part 7).

Cigar Coop has been an evolutionary process, and the Stogie Geeks era was an incredible part of the development. While we both have moved on in different directions, I look back very fondly and am grateful for the opportunity I had during the run.