Agile Cigar Reviews are cigar assessments where we use a lightweight, shorter format. These will never take the place of our comprehensive reviews. They are only used on blends we have previously assessed. This might be a blend we are re-scoring or giving a score for the first time. It might be a blend we are looking at in a different size. Today we look at the Diesel Whiskey Row Rothschild. This is a cigar line we last assessed back in May 2019 in the Churchill size. 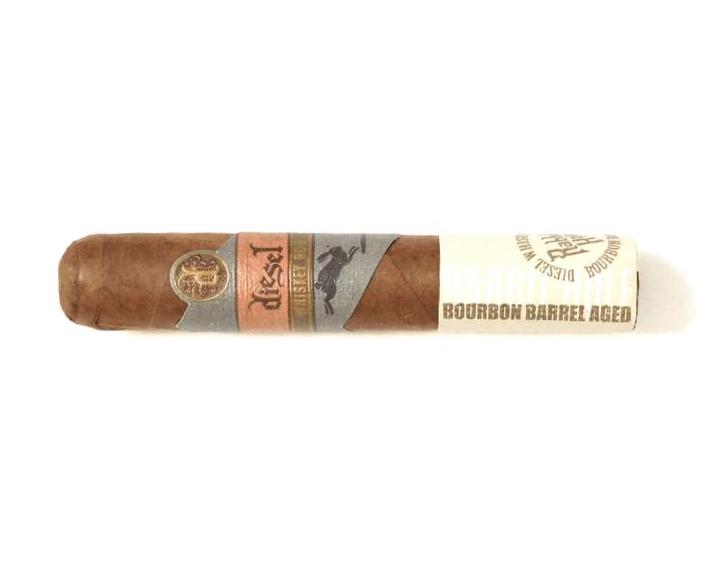 Back in 2018, General Cigar’s Diesel brand launched a line known as Whiskey Row. Diesel Whiskey Row is a project that features tobacco aged in bourbon barrels supplied by Rabbit Hole Distilling out of Louisville, Kentucky. The line was originally released in four sizes, but last year a fifth size was added in the form of a 4 1/2 x 50 Rothschild. This size had a more quiet launch as it was sold it a 5-count gift set featuring a branded silver whiskey-barrel-shaped lighter. Today we take a closer look at the Rothschild size of the Diesel Whiskey Row found in that gift set. 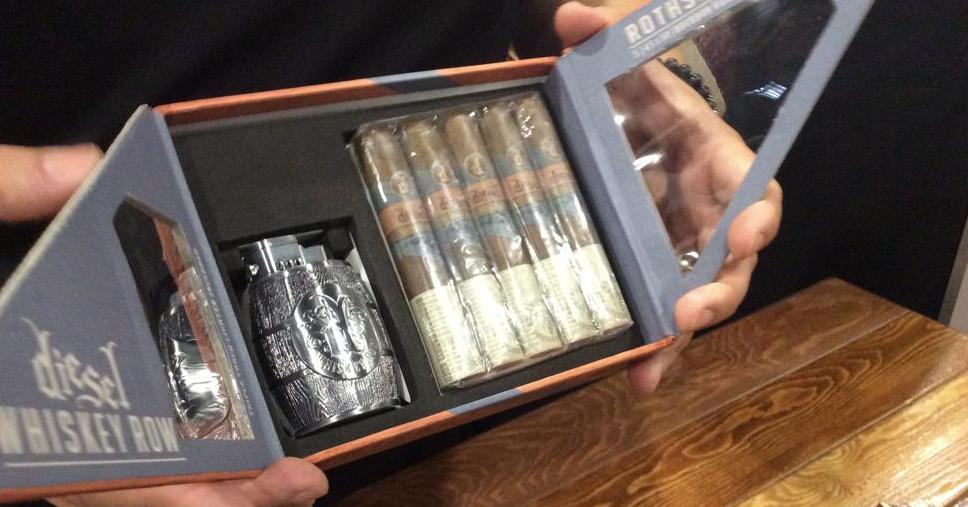 Rabbit Hole Distillery is a small company based out of Louisville, Kentucky that produces bourbon, rye, and gin products. The Diesel Whiskey Row features Mexican San Andres binder leaves that are aged in barrels originally used for Rabbit Hole Bourbon, utilizing a proprietary process that has been developed by Fernandez. The bourbon barrels originally arrived at Fernandez’s factory back in 2016. After placing the San Andres tobacco in the barrels using a special configuration, the tobacco was left to age inside the barrels. The air inside was controlled at regular intervals to ensure the flavors were imported evenly. The San Andres binder was combined over a blend of Nicaraguan tobaccos aged five to eight years and finished with an Ecuadorian Habano wrapper. 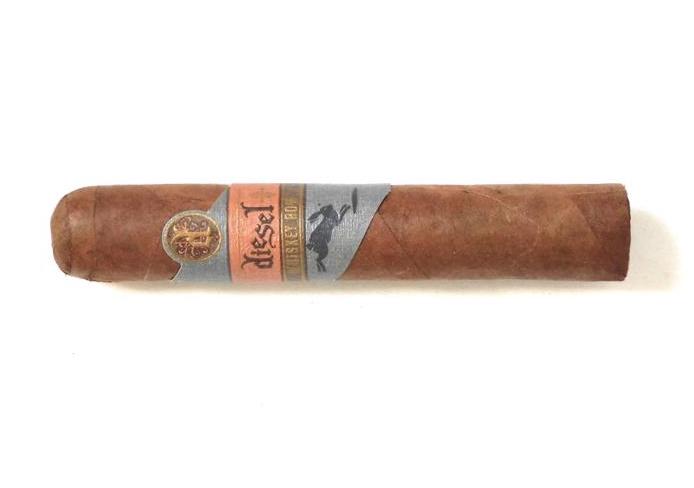 Throughout the smoking experience, the Diesel Whiskey Row Rothschild delivered notes of earth, cream, white pepper, whiskey sweetness, and earth. Of all of the Diesel Whiskey Row cigars I have smoked, the Rothschild delivered the closest thing to a whiskey note in the line. The whiskey sweetness seemed more of an extension of the natural tobacco flavors than anything artificial. The pepper and liquor notes alternated in intensity during the first third. During the second third, the oak and pepper emerged. By the last third, some baker’s spice emerged in the background, while the pepper had a slight edge over the oak in the forefront.

The flavors delivered throughout the smoking experience were medium strength and medium bodied. Both the burn and draw performed excellently.

While I did enjoy the fact there was more in the way of liquor note with the Diesel Whiskey Row Rothschild compared to the other vitolas, I found the Rothschild size to fall short when compared to the Churchill and Robusto sizes. The balance of this cigar seemed off. The funny thing was I never thought the whiskey note threw off the balance, it was more of the spice – particularly in the second half. Still, this cigar comes in with a respectable 89 score. However, in terms of value, since these cigars are sold in a $70.00 gift set, it affects that rating. While the lighter is awesome packaged with the gift set, I’d still rather reach for a Robusto or Churchill over the Rothschild size. My advice, see if you can try one before investing in the gift set.