At a town hall meeting hosted by the Premium Cigar Association and Cigar Rights of America, it was announced that nine manufacturers would be releasing cigars that will be sold exclusively at the 2021 Trade Show. 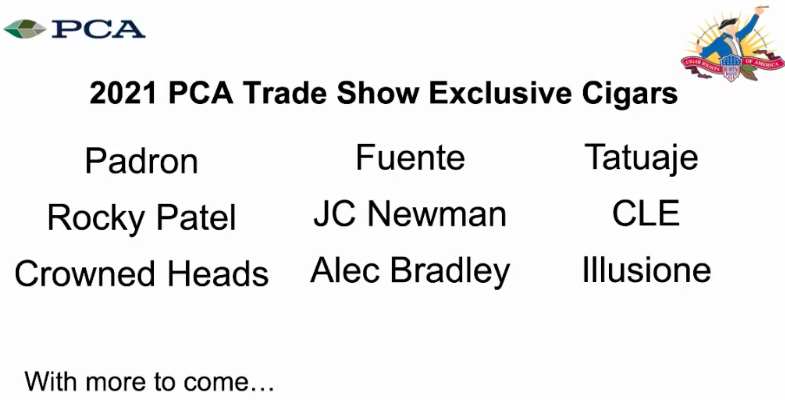 The nine manufacturers include:

The announcement of the nine companies was made by Jorge Padrón of Padrón Cigars who went on to say that the cigars would only be made available to those retailers attending the 2021 PCA Trade Show and placing orders on the trade show floor.

There were some companies that had planned to release exclusive cigars for the 2020 Trade Show. The PCA says those cigars will still be offered to members who paid their 2020 dues in good standing.

The video for the town hall can be seen below: