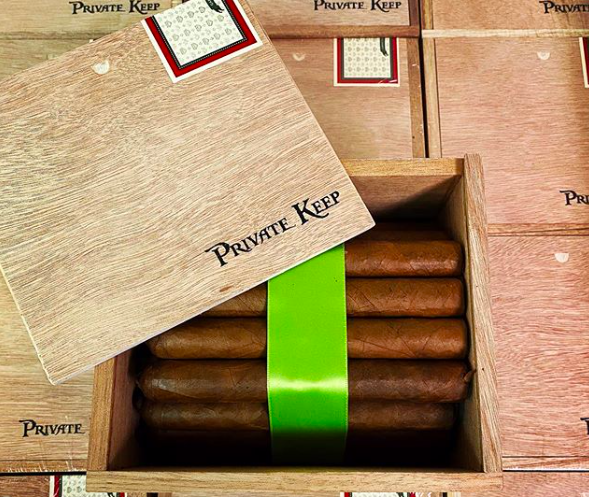 Recently Viaje shipped the third installment of its Private Keep series. The company is calling this release Private Keep Chartreuse.

Details of Private Keep Chartreuse have not been disclosed. The cigar itself is a 6 x 52 Toro that comes in a 37-count cabinet box where the cigars are packaged as a bundle inside.

The cigars come unbanded. This year’s Private Keep is designated Chartreuse because of the green-colored ribbon that keeps the bundle in the box together. Chartreuse is a green-colored French liqueur.