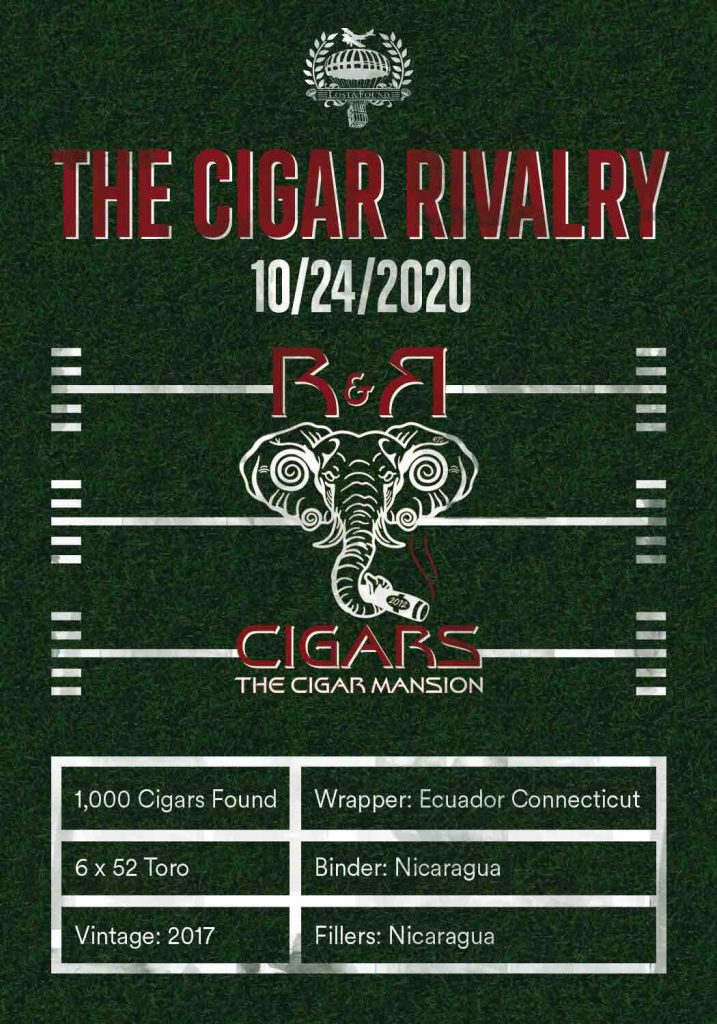 The month of October is famous for one of College Football’s great rivalries: University of Alabama versus University of Tennessee and once again the R&R Cigar Mansion will have a special cigar to commemorate the game. This year, the Tuscaloosa, Alabama cigar retailer is teaming up with Lost & Found Cigars to release, “The Cigar Rivalry.” The retailer is currently accepting pre-orders and will be shipping next week just in time for the big October 24th game.

The Cigar Rivalry features an Ecuadorian Connecticut wrapper over Nicaraguan binder and filler. The cigar is available in a 6 x 52 Toro. A total of 100 ten-count bundles are being made available for The Cigar Mansion.

Cigars may be pre-ordered on the website, on the following link.