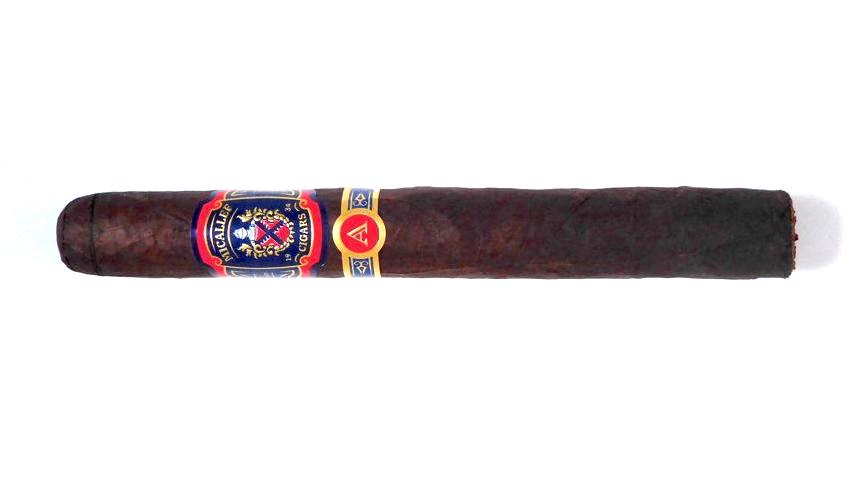 Without further ado, let’s break down the Micallef A and see what this cigar brings to the table.

The blend for the Micallef A features tobaccos from three countries highlighted by a dark Nicaraguan Maduro wrapper. Production is done in partnership with the Gómez Sanchez family at the Micallef Cigars factory in Estelí, Nicaragua. 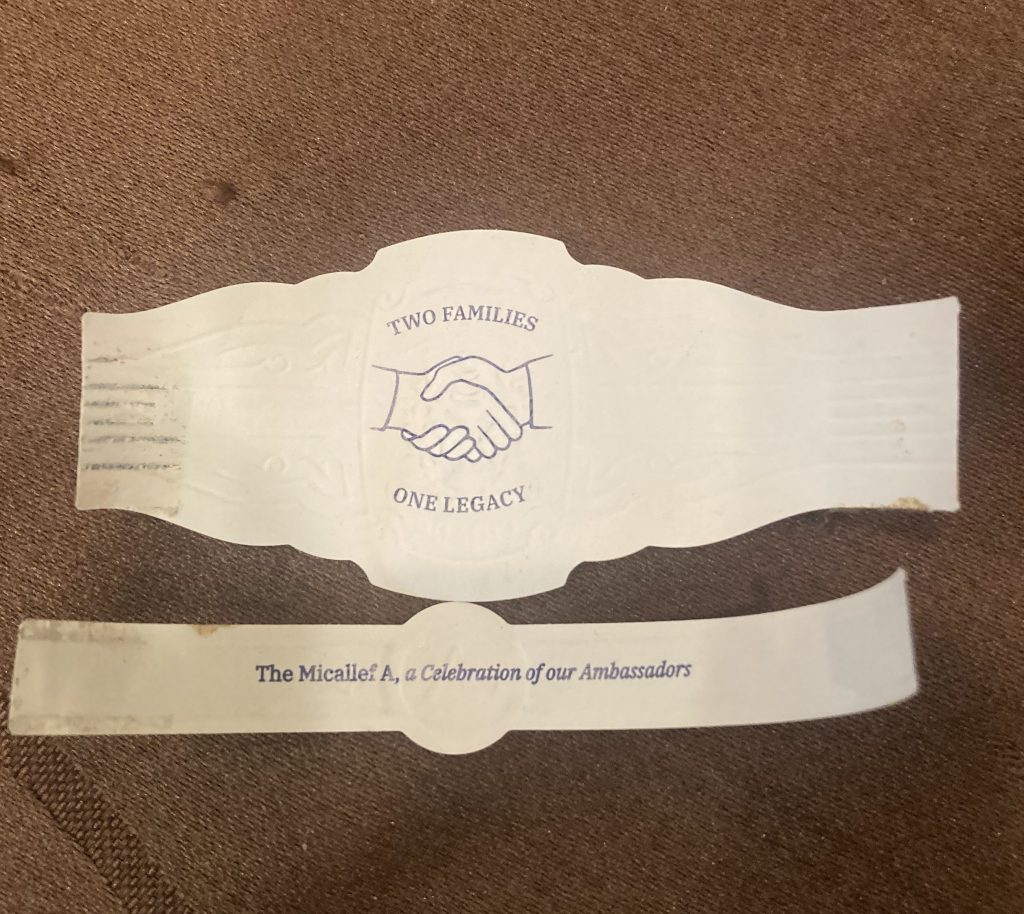 Back of Micallef A bands

Prior to lighting up the Micallef A, a straight cut was used to remove the cap. After the cap was removed, it was on to the pre-light draw phase. The cold draw had a mix of leather, earth, fruit, and some mineral notes. Overall this was a satisfactory pre-light draw. At this point it was time to light up the Micallef A and see what the smoking experience would bring to the table.

The Micallef A started out with notes of coffee, chocolate, mineral, and citrus notes. Sometimes there is a fusion with coffee and chocolate notes that I will refer to us “mocha”, but in the case of the Micallef A the notes remained separate and distinct. The chocolate and citrus notes moved into the forefront while the mineral and coffee notes settled in the background. On the retro-hale was a layer of black pepper and some citrus notes. Toward the end of the first third, the black pepper emerged on the tongue.

At the start of the second third of the Micallef A, the chocolate and citrus notes were still in the forefront. As the Micallef A moved through the first third, the chocolate notes gradually diminished in intensity while the coffee notes increased in intensity. By the midway point, the coffee moved into the forefront and the chocolate settled in the background. There also was a slight decrease in the citrus notes, pushing them into the background.

Later in the second third, there was an increase in the mineral and pepper notes, but this increase leveled off by the start of the final third. During the final third, there wasn’t much of a change In the flavor profile. The coffee notes remained primary with the citrus, chocolate, mineral, and pepper notes secondary. When the Micallef A came to a close, the resulting nub was slightly soft to the touch and cool in temperature.

The Micallef A was a cigar that required a frequent amount of touch-ups to maintain a straight burn line and straight burn path. While the touch-ups did the trick to keep the burn on track, I found there were more touch-ups needed than I prefer. The resulting ash was on the firm side with a salt and pepper color. Meanwhile the burn rate and burn temperature were ideal. 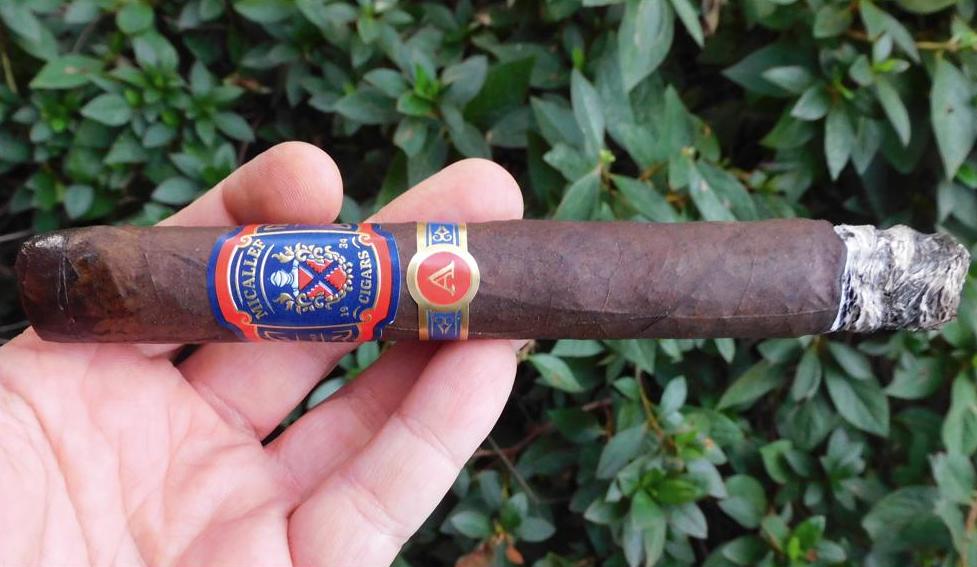 Burn of the Micallef A

The draw of the Micallef A was open, but not loose. Normally I prefer a little more resistance on the draw, but in the end this was a low maintenance cigar to derive flavor from.

Micallef’s ambassador program was one of several initiatives the company has been rolling out to strengthen its commitment to brick and mortar retailers and consumers. Micallef has done a great job at executing these programs, but ultimately it comes down to the products. With the Micallef A, the company has delivered a fantastic cigar that these initiatives can make use of. The cigar excelled in the most important category – flavor. The flavors worked wonderfully with the dialed back strength and body this cigar delivered.

Most importantly, this is a cigar that can be smoked by anyone, at any time. It’s a cigar I would certainly smoke again – and it’s one that garners box or bundle purchase consideration. Coming in at a score of 91, it’s a cigar that exceeds the Cigar Coop threshold for standard of excellence.