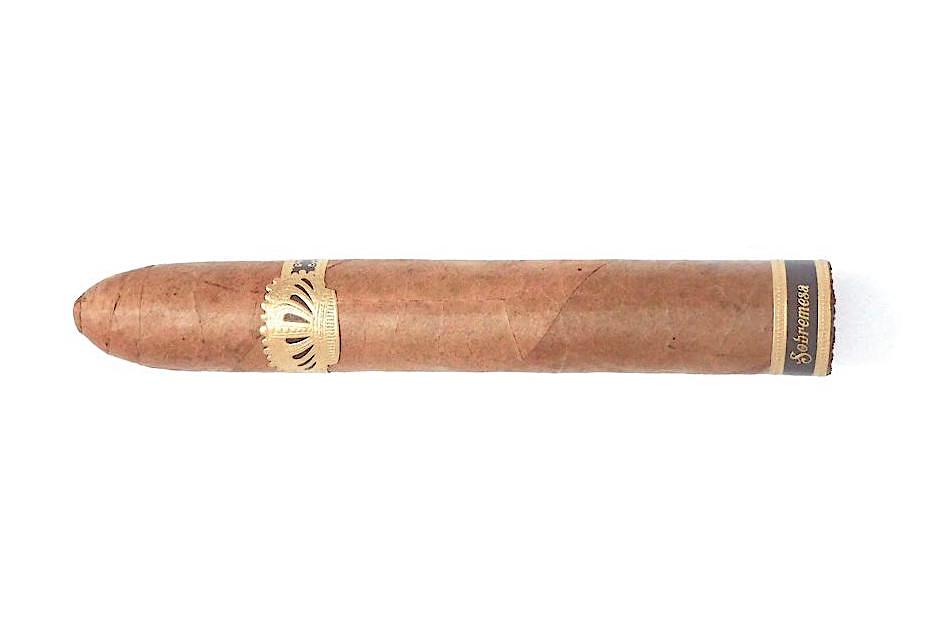 The name Brûlée was chosen because of the sweetness of the cigar. Following the release in 2019, a controversy developed on whether or not the sweetness on the Sobremesa Brûlée was due to the fact that it featured a sweetened cap. It’s something that Saka has denied, and it led him to create a five-count sampler in 2020 known as STFU!!! (Saka’s Taste For Yourself is the official name for the acronym) that featured unsweetened, sweetened, and double-sweetened cap versions of the Sobremesa Brûlée Toro. The idea was for consumers to figure out which cigars were unsweetened and which were not. While today we are looking at the Gordo-size, I’ll discuss my thoughts on this as we get into the details of the assessment.

Without further ado, let’s breakdown the Sobremesa Brûlée Gordo and see what this cigar brings to the table.

The Sobremesa Brûlée is not the Sobremesa blend that just has a wrapper replacement. At the time the cigar was announced, Saka explains how the Brûlée was derived from the original Sobremesa blend: “The Brûlée is a variation of the core Sobremesa liga in which the Pennsylvania Seedleaf ligero has been removed, the Condega Seco has been increased and the wrapper is replaced with a top shelf grade of BW Ecuador Connecticut Shade leaf.”

In addition to the Connecticut Shade wrapper, the Sobremesa Brûlée features a San Andreas Mexican binder and Nicaraguan fillers. The cigar is produced a the Joya de Nicaragua factory in Estelí, Nicaragua.

There are four regular sizes of the Sobremesa Brûlée. Each is packaged in 13-count boxes: 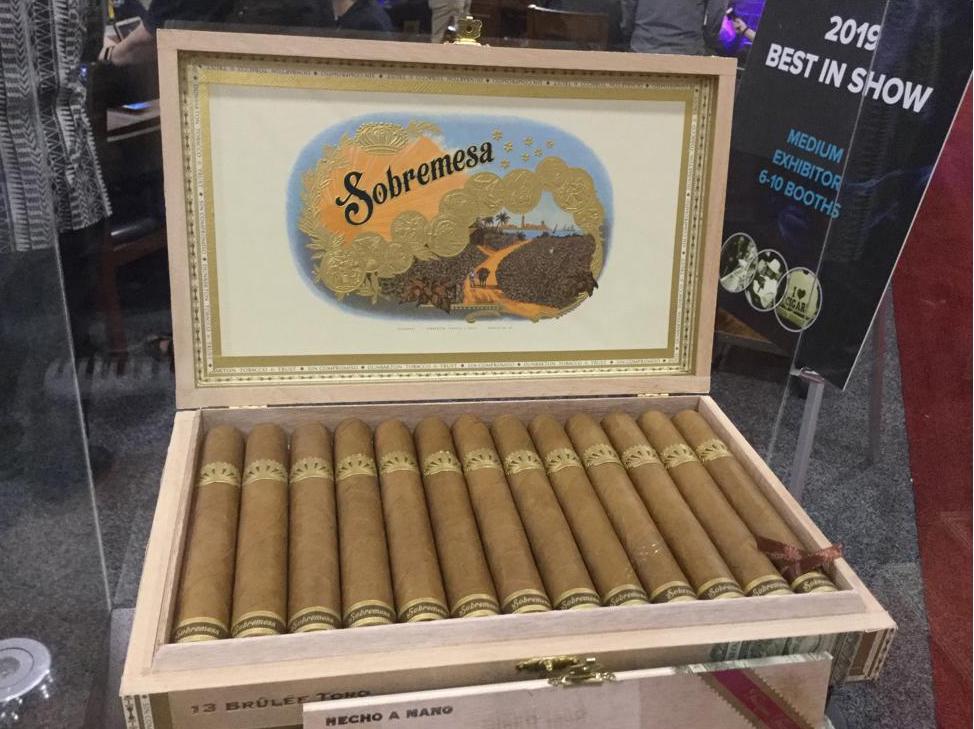 The Sobremesa Brûlée Blue uses a tweaked blend and is a limited production offering. It was also packaged in 13-count boxes:

The following are five cigars offered in the STFU!!! sampler. It features the Sobremesa Brûlée Toro in unsweetened, sweetened, and double sweetened cap versions. The “S” and “U” versions are the same as the Toro-sized.

The Sobremesa Brûlée uses the same banding scheme as the other offerings in the Sobremesa line. It features two bands. The primary band is gold and brown – featuring a large gold crown on the front. The remainder of the band has gold adornments and trim on it.

A straight cut was used to cut about halfway down the tip of the Sobremesa Brûlée Gordo. This allowed for some tapering to still be in effect when smoking the cigar. Once the tip was removed, it was on to the pre-light draw. The cold draw delivered a lot of sweetness. I had smoked several Sobremesa Brûlée Toro and Robusto cigars – and the Gordo seemed to have the most sweetness. I could see how the sweetness could be construed as artificial. Given when I sampled the STFU!!! sampler, I did not guess the correct cigars that were sweetened and unsweetened, I can take Saka at his word and believe the Gordo did not have a sweet tip.

The remainder of the cold draw delivered notes of cream and wood. This was a satisfactory pre-light draw. At this point, it was time to remove the footer band of the Sobremesa Brûlée Gordo, toast the foot of the cigar, and move into the smoking phase.

The Sobremesa Brûlée Gordo opened up with notes of sweet cream, coffee, and bread. The sweetness in the cream notes did have a slightly artificial quality that I got on the pre-light draw. The sweet cream notes were the primary flavors early on with the coffee and bread notes settling in the background. As the cigar moved through the first third, notes of butterscotch and a slight white pepper note emerged on the tongue in the background. Toward the latter part of the first third, the bread and coffee notes increased in intensity. The retro-hale delivered notes of wood and a touch of black pepper.

During the second third of the Sobremesa Brûlée Gordo, the bread and coffee notes displaced the sweet cream in the forefront. The bread and coffee exchanged at times which was the dominant note with the bread notes winning out in the end. The coffee notes provided some balance to the sweetness present in the background. There was an increase in the pepper notes on the tongue and retro-hale. The creaminess subsided and there still were some butterscotch notes present.

The last third still saw the bread and coffee notes in the forefront, alternating in intensity. There was more pepper present than at any time during the smoke, but it was not overpowering. There still was some residual sweetness present, but the cream and butterscotch notes had dissipated. This is the way the Sobremesa Brûlée Gordo came to a close. The resulting nub was cool in temperature and slightly soft to the touch. 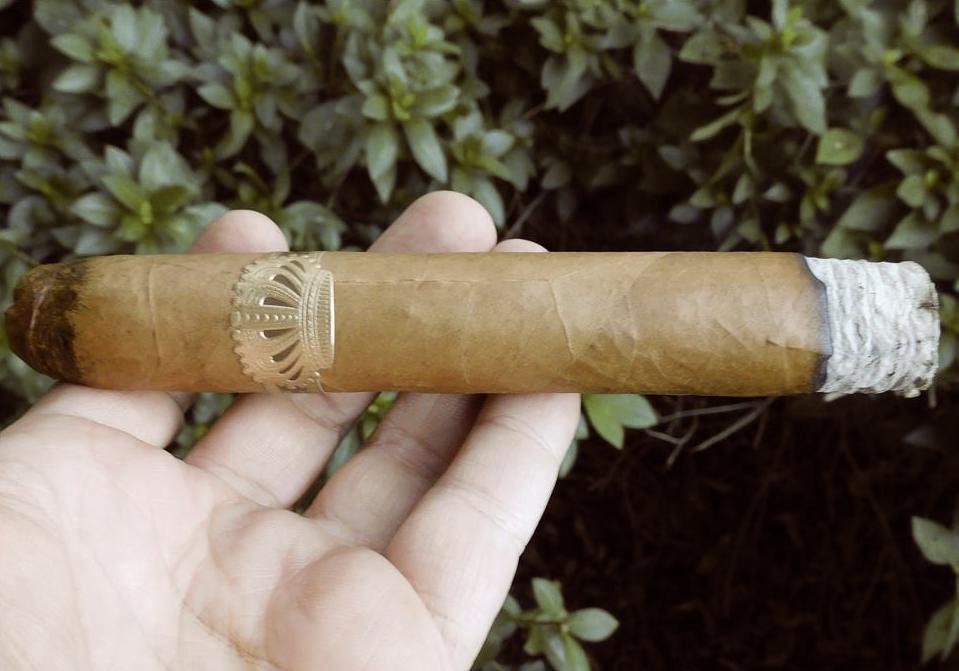 Burn of the Sobremesa Brûlée Gordo

In addition, the draw also performed excellently. This was a cigar that had the right amount of resistance to it. The big ring gauge combined with the smaller tapered area did not result in any adverse effects with the smoke.

As for the body, these had a little more of a contemporary spin to it. The flavors remained in the medium range from start to finish. While it wasn’t the boldest of Connecticut Shade cigar in terms of body, it certainly wasn’t the mildest. Like the strength, there was a slight increase in the intensity level of the body, but in the end, the Sobremesa Brûlée Gordo remained in the medium range.

One question I often get is what factors into a vitola selection when reviewing a line. One thing that plays a role is if the vitola is a unique one. While the belicoso-style tip of the Sobremesa Brûlée is not the first of its kind, it certainly isn’t one that is common. The good news is for those who don’t like a 60 ring gauge cigar, the Sobremesa Brûlée Gordo will mitigate the impacts of smoking a big ring gauge by providing a smaller surface area at the head.

Flavor-wise, there was a lot of sweetness – particularly on the first half and ultimately that threw the balance off the cigar. However, I did find this improved in the second half. In terms of being “your father’s Connecticut Shade Cigar,” it’s definitely a milder cigar, but the medium-bodied flavors were a touch bolder than I would expect. Overall this is a cigar I’d recommend to any cigar enthusiast to try. It’s one that I would purchase and smoke again as well.