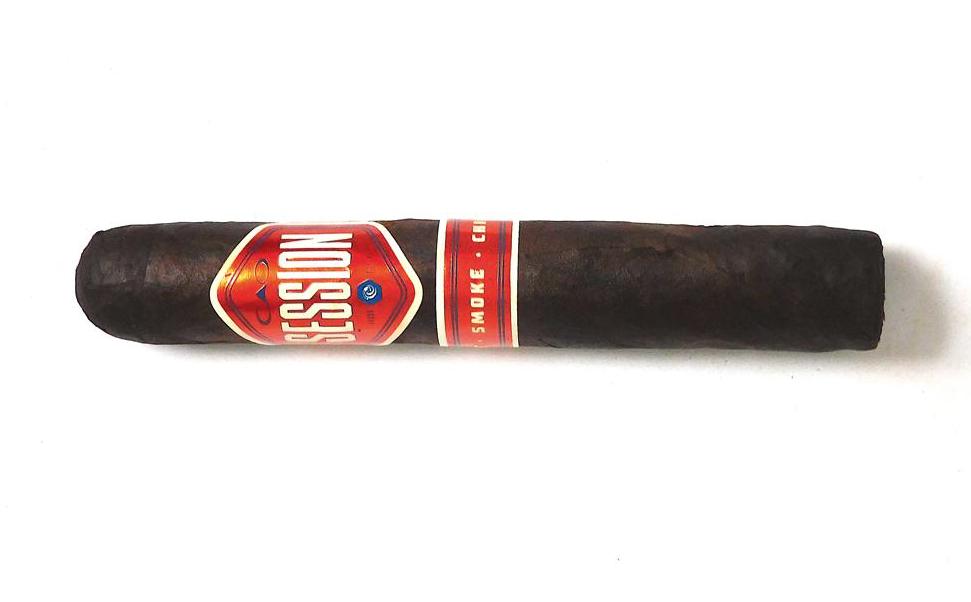 At the 2019 IPCPR Trade Show, General Cigar introduced a new regular production line under its CAO brand known as the CAO Session. The CAO Session is a cigar developed by CAO Master Blender Rick Rodriguez. Rodriguez got the inspiration from smoking cigars in his own “man cave” (his garage) and decided to blend a great everyday cigar that can be smoked among friends. The name “Session” is derived from gathering of friends – whether its smoking in a man-cave, bar, or shop. Today we take a closer look a the CAO Session in the Garage (Robusto Grande) size.

For many years, the CAO brand has been produced in Central America in Honduras or Nicaragua. The CAO Session marks a change of pace for the brand in that it is made in the Dominican Republic. It marks the first time since CAO has been a part of General that the cigar is not being made in Central America – and it’s the cigar CAO cigar since the original CAO Vision (not the 2020 version) that is being made at the Dominican Republic.

Without further ado, let’s break down CAO Session Garage and see what this cigar brings to the table.

The CAO Session is offered in three sizes. Each is presented in 20-count boxes. 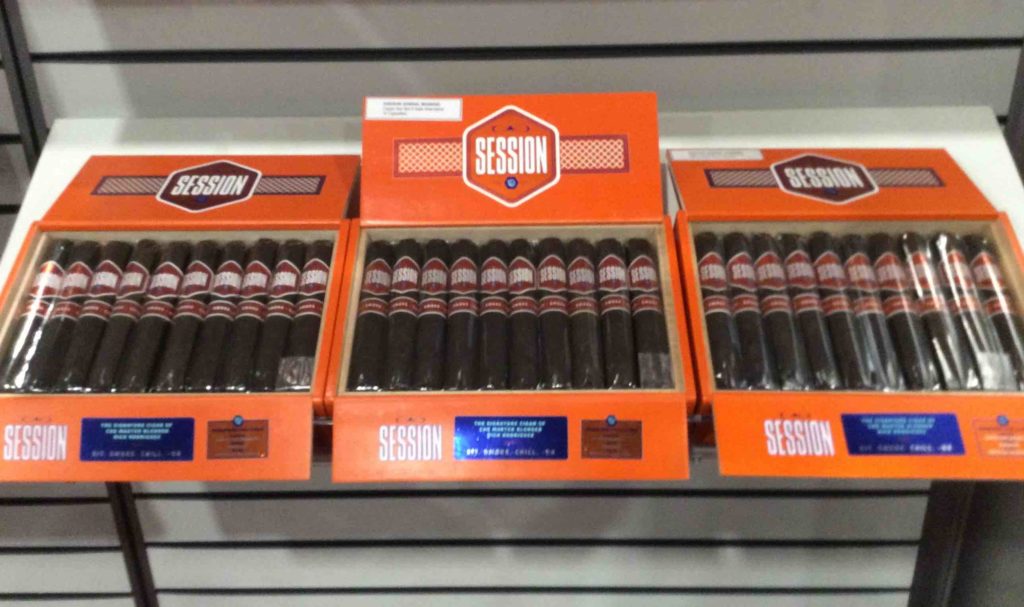 Packaging of the CAO Session

The Connecticut Broadleaf of the CAO Session Garage had a dark roasted espresso bean color with a light sheen of oil of it. The Broadleaf wrapper had some of the rugged characteristics associated with that varietal of wrapper. There were some visible veins, but the dark color of the wrapper did a good job at hiding the wrapper seams.

The secondary band of the CAO Session also had a metallic orange background with white trim. On the center of the band was the text “SIT SMOKE CHILL” in white font. There is a blue pinstriped rectangle frame near the white trim of the band. On the far right side is a silver nameplate that serves as a band fastener. On the nameplate is Rick Rodriguez’s signature in dark font.

A straight cut was used to remove the cap of the CAO Session Garage. Once the cap was removed, the cigar delivered a mix of mocha (a fusion of coffee and chocolate), cedar, and citrus. While this was a pretty straightforward pre-light draw, it was also a satisfactory one. At this point it was time to light up the CAO Session Garage and move on to the smoking phase.

The start of the CAO Session Garage kicked off more more notes of mocha, cedar, and citrus. There were also some notes of black pepper that were a part of the equation. The mocha notes quickly moved to the forefront with the cedar, citrus, and black pepper notes secondary. As the CAO Session Garage burned throughout the first third, the mocha notes shed the chocolate sweetness and morphed into a classic black coffee note. The black coffee remained in the forefront. Meanwhile the retro-hale produced an additional layer of black pepper.

At the start of the second third of the CAO Session Garage, the coffee notes remained primary, but as the cigar burned through this section, the coffee transitioned to a classic earth note. Just past the midway point, the black pepper notes started to increase in intensity. Meanwhile the citrus and cedar notes were still present, rounding out the flavor profile.

There wasn’t much change in the last third of the cigar. The earth notes were primary with the black pepper notes a close secondary note and the cedar and citrus more distant. This is the way the CAO Session Garage came to a close. The resulting nub was slightly soft to the touch and cool in temperature. 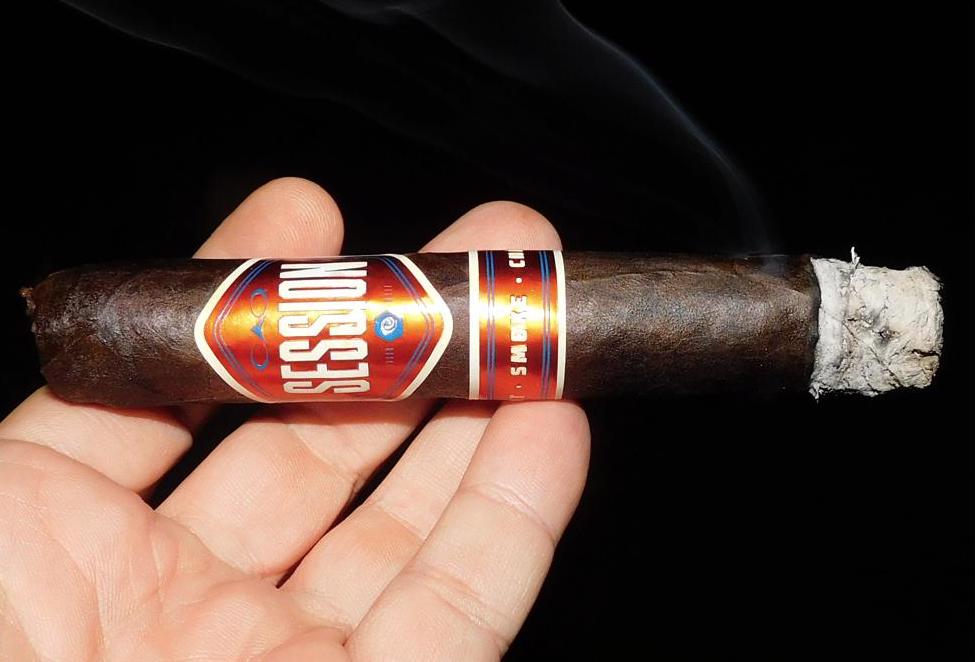 Burn of the CAO Session Garage

In terms of strength versus body, the body maintained an edge throughout the smoking experience – especially in the second half.

The CAO Session Garage started out promising, but as the cigar experience progressed, the experience leveled off. I loved the mocha notes that kicked off this cigar, but as the flavors got bolder, it was the less interesting flavors that got bolder and ultimately I got bored with the flavor profile. I suppose if this is a cigar you are smoking when gathering around friends, you might not need a wow factor from a cigar. On the other hand, if you are smoking this cigar on your own and looking to really analyze it, the cigar is going to fall a little short. In the end, this is a cigar you will want to try a sample of and see if it is in your wheelhouse before deciding to purchase.