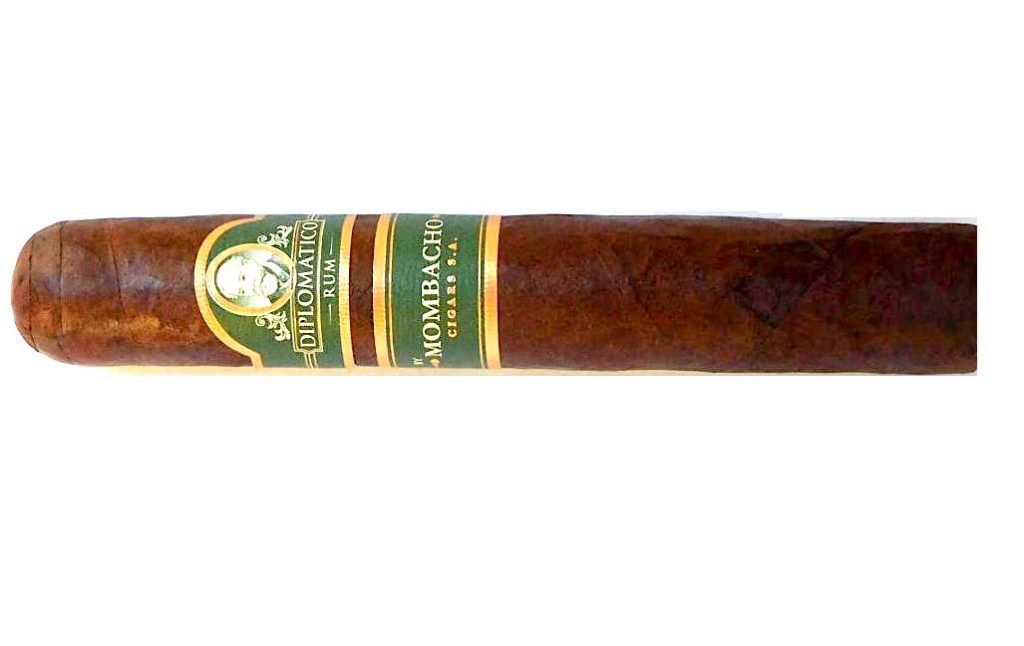 The concept of pairings with spirits and cigars seems to have been around forever. As long there have been spirit/cigar pairings, there are debates on where the pair selected complements/enhances each other as well as where pairings, in general, are a good thing. In these debates, these often come down to personal preferences on what works and what doesn’t. In the end, there still is enough interest in cigar manufacturers to pursue marketing to this segment of the market. With Mombacho Cigars, the company decided to do something not done too often -namely develop a blend meant to specifically pair with a spirit. In this case, the spirit is Diplomático Rum. In 2019, Diplomático by Mombacho would be the cigar meant to pair with Diplomático Rum – and it’s the Robusto size of that cigar we will take a closer look at today.

Diplomático by Mombacho is the fourth regular production line from Mombacho Cigars joining Tierra Vulcán, Liga Maestro, and Casa Favilli. There is also Mombacho’s Cosecha line, which is a near-annual limited edition vintage project. With all of those other lines, they are 100% Nicaraguan cigars. The one thing that is unique about the Diplomático by Mombacho is that it features a Habano Ecuador wrapper – the first Mombacho-branded cigar to use a non-Nicaraguan wrapper (the Mombacho factory has used non-Nicaraguan wrappers for some of its contract brands).

Diplomático Rum comes from Venezuela. Originally established in 1959, Licorerías Unidas S.A (LUSA) owned the distillery through its main shareholder, Seagram’s International, one of the largest wines and spirits companies in the world. In 2002, LUSA was sold to a group of Venezuelan entrepreneurs and became a 100% privately owned Venezuelan company taking its current name: Destilerías Unidas S. A. (DUSA).

A note on this assessment. Our cigars are assessed without a pairing in mind. Cigar Coop assessments are not conducted with any beverage other than water or seltzer. To conduct the assessment with a beverage such as Diplomático Rum would involve a change in our methodology. Therefore, this cigar was scored and assessed like every other cigar on this website, but we do include some pairing notes in the overall assessment that are independent of the score and rating.

Without further ado, let’s break down the Diplomático by Mombacho Robusto and see what this cigar brings to the table.

In addition to the Habano Ecuador wrapper, the Diplomático by Mombacho features all-Nicaraguan tobaccos for the binder and filler. Production is handled at the company’s Casa Favilli factory in Grenada, Nicaragua.

Diplomático by Mombacho is offered in three sizes. Each is presented in ten-count boxes.

Packaging of the Diplomatico by Mombacho

The Habano Ecuador wrapper of the Diplomático by Mombacho Robusto had a roasted coffee bean color to it. There was a light coating of oil on the surface. There were some visible veins and some thin visible wrapper seams. This wrapper was on the smooth side.

There are two bands on the Diplomático by Mombacho. The primary band is green with gold trim. On the center of the band is an image of Don Juan Meléndez, the man who inspired the Diplomático brand. Below the image is the text “DIPLOMATICO” and “RUM” in a light-colored font. There are some thin pinstripes protruding from the center of the band. Sitting on the left pinstripes is the text “GRENADA NICARAGUA” in light font. On the right pinstripes is an image of Casa Favilli with the text “TOTALMENTE A MANO” in light font. The far left of the band has a gold Mombacho logo in landscape mode.

The secondary band is also green with gold trim. The center of the band has the text “BY MOMBACHO” (in white font) and “CIGARS S.A.” in gold font.

Prior to lighting up the Diplomático by Mombacho Robusto, a straight cut was used to remove the cap of the cigar. Once the cap was detached it was on to the pre-light draw experience. The dry draw delivered a mix of wood, leather, and anise. This was a satisfactory pre-light draw. At this point, it was time to light up the Diplomático by Mombacho Robusto and see what the smoking experience would have in store.

The earth and cream notes continued to be in the forefront during the second half of the Diplomático by Mombacho Robusto. The creaminess held on until the midway point and finally subsided. Concurrently during the second third, there was an increase in the pepper notes. Meanwhile, the cedar, coffee bean, and anise remained in the background. By the end of the second third, the pepper notes joined the earth notes in the forefront.

There was not much change during the last third. The earth and pepper notes remained primary. These were rounded out by the cedar, coffee bean, and anise notes. This is the way the Diplomático by Mombacho Robusto came to a close. The resulting nub was slightly soft to the touch and cool in temperature.

The Diplomatico by Mombacho Robusto did require some touch-ups along the way. These touch-ups facilitated keeping the burn on a straight path and the burn line relatively straight. There were slightly more touch-ups required than I prefer. This was a cigar that had a salt and pepper colored ash. The ash was relatively firm. As for the burn rate and burn temperature, both were ideal. 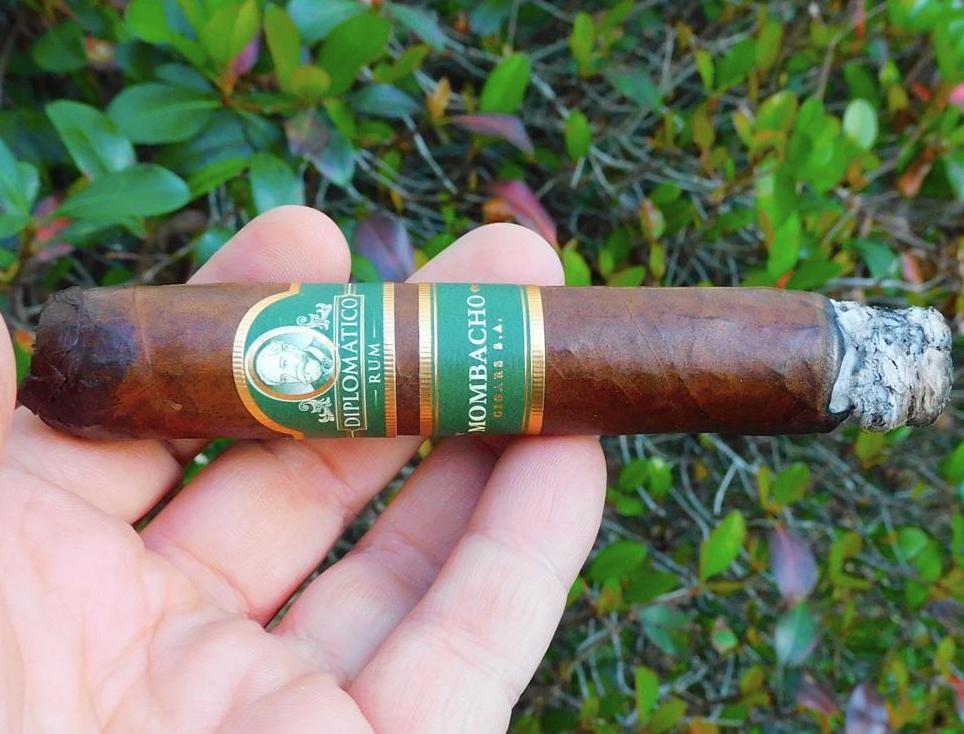 Burn of the Diplomatico by Mombacho Robusto

The Diplomatico by Mombacho Robusto delivered a medium strength, medium-bodied smoking experience from start to finish. There wasn’t much in the way of variance of the intensity levels of the strength and body. At the same time, both attributes balanced each other nicely with neither the strength nor body overshadowed the other.

As for the cigar itself, it delivers a solid flavor experience and the anise note gives the cigar its “X factor.” I didn’t find the Diplomatico by Mombacho Robusto to have a “wow” factor, but it still delivered a solid experience. It’s still a cigar I’d recommend to any cigar enthusiast, and it’s certainly one I would buy and smoke again. On its own, the Diplomatico by Mombacho Robusto scores a respectable 88, but most importantly I’d recommend smoking this cigar the way it was intended – namely to be paired with a rum.