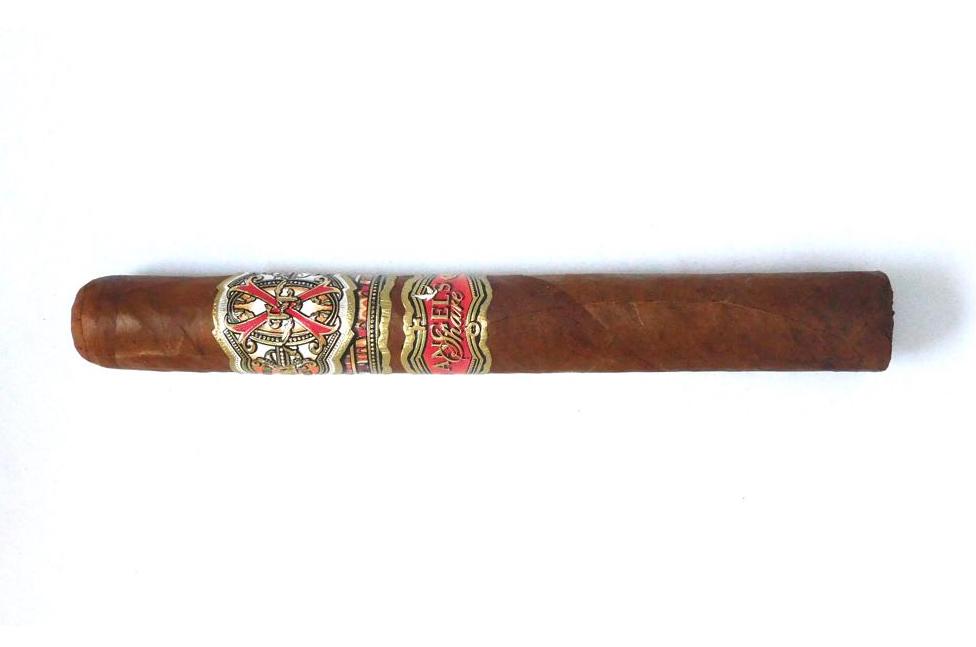 The Fuente Fuente OpusX Angel’s Share is an offshoot of the landmark OpusX line by Arturo Fuente cigars. This year is the 25th anniversary of the OpusX line. What made OpusX such a significant project is that it proved to the world an ultra-premium Dominican puro cigar could be made with a Dominican-grown wrapper. The other thing that is significant about OpusX is that it is considered one of the bolder offerings on the market. Fast-forward to 2013 and the OpusX Angel’s Share comes to market. Angel’s Share is also a Dominican puro, but one significant change is that the wrapper uses a leaf from the middle priming of the plant as opposed to the top priming of the plant (like the core OpusX). The result is intended to be a softer, yet equally flavorful blend. Today we turn our attention to the Fuente Fuente OpusX in the PerfecXion X (Short Churchill) size.

The name Angel’s Share comes from the winemaking industry. During the barrel-aging process over long periods of time, some of the wine in the barrel will evaporate. This process is known as “Angel’s Share” due to the fact the evaporated wine goes skyward during the process. Angel’s Share was originally planned for release in 2012 to coincide with the 100th anniversary of Arturo Fuente cigars. Plans changed when a fire destroyed two tobacco warehouses. The name Angel’s Share was inspired by this event as Arturo Fuente has said “the Angels enjoyed the enticing aroma from the tobacco that burned in the barns, but in turn, gave their blessings to the Fuente family for future successful endeavors.”

The OpusX Angel’s Share did make it to market in 2013 – to commemorate “year one of the second century.” Since then it has been a limited production and a highly sought-after release.

Without further ado, let’s break down the Fuente Fuente OpusX PerfecXion X and see what this cigar brings to the table.

As mentioned the Fuente Fuente OpusX Angel’s Share is a Dominican puro highlighted by the middle-priming wrappers. The tobaccos from the Fuente farms in the Dominican Republic.

The Dominican wrapper of the Fuente Fuente OpusX Angel’s Share PerfecXion X had a medium brown color to it with a slight rosado tint. There wasn’t much in the way of oil on the surface of the wrapper. There were some visible veins and any visible wrapper seams were on the thin side.

There are two bands on the Fuente Fuente OpusX Angel’s Share. The primary band is a variation of the iconic red, gold, yellow, white, and black Fuente Fuente OpusX band. The one big difference is there is more white than orange on the background. The secondary band features a red background surrounded by a gold frame. On the center of the band is the text “ANGEL’S SHARE” in gold font with a small white dove above the “L”.

A straight cut was used to remove the cap of the Fuente Fuente OpusX Angel’s Share PerfecXion X. Once the cap was removed it was on to the pre-light draw ritual. The cold draw was straight forward as it delivered a combination of natural tobacco sweetness and wood. This was a satisfactory pre-light draw experience. At this point, it was time to toast the foot of the OpusX Angel’s Share PerfecXion X and see what the smoking experience would deliver.

The second third of the OpusX Angel’s Share PerfecXion X saw the smoky natural tobacco sweetness take over as the primary note. The fruit settled into the background, joining the black pepper, earth, cream, and hay. During this stage, there was an increase in the black pepper present.

By the last third, the smoky natural tobacco sweetness remained grounded as the primary note. The black pepper was now the most prominent of the secondary notes. There still were notes of fruit, earth, cream, and hay rounding out the flavor profile. This is the way the OpusX Angel’s Share PerfecXion X came to a close. The resulting nub was firm to the touch and cool in temperature.

Overall the OpusX Angel’s Share PerfecXion X performed quite well when it came to the burn. The cigar had a slight bit of unevenness from time to time, but in general, it maintained a straight burn path. Any unevenness was remedied with some touch-ups. The resulting ash had some minor flaking, but it was still an ash that was on the firmer side. The ash was near silver-gray in color. The burn rate and burn temperature were both ideal. 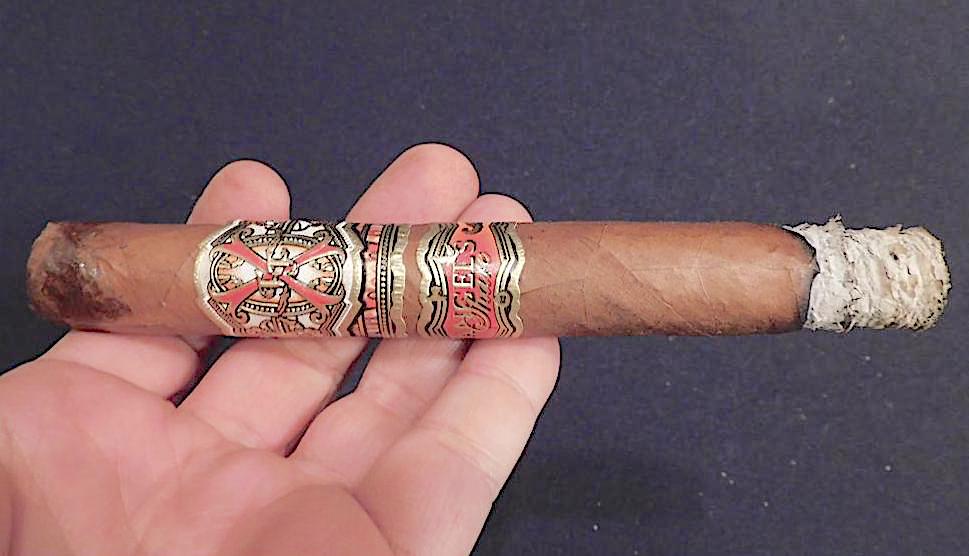 The draw to the OpusX Angel’s Share PerfecXion X was on the open side. While it wasn’t a loose draw, I still prefer a little more in the way of a touch of resistance. At the same time, there were no adverse effects other than the draw simply being more on the open side.

In terms of strength and body, the OpusX Angel’s Share PerfecXion X performed at a solid medium. The strength remained relatively constant while there was a slight increase in the body along the way. When looking at strength versus body, despite the fact both attributes fell in the medium range of their respective spectrums, the body still maintained an edge throughout the smoking experience.

The Fuente Fuente OpusX Angel’s Share PerfecXion X delivers a whole new spin on the OpusX. No doubt it’s a softer profile, but it still very much is a flavorful cigar. As mentioned there was a smoky quality to the natural tobacco notes that I found incredibly satisfying. At the same time, the flavors delivered meshed quite well with this cigar’s medium profile. At $27.00 plus, it is not an inexpensive cigar. However, due to the limited production of this cigar, it’s still quite difficult to get your hands on this cigar.

In the end, this is a cigar that I could recommend to any cigar enthusiast any time of the day. As for myself, it’s a cigar I would easily reach for and smoke again.  At 91 points, it exceeds our threshold for Standard of Excellence. This won’t be easy to find a box, but I’d recommend grabbing multiples if you can – and the three-cigar tin offering is a great option.