“This is a company that is producing hit after hit out of their own factory – bringing some excellent blends to market. The Cuevas Reserva Natural Robusto is another one.” 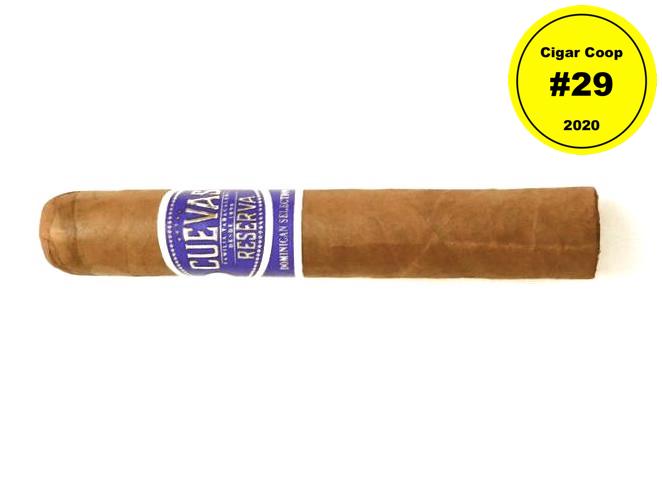 Coming in at #29 is the Cuevas Reserva Natural Robusto by Casa Cuevas Cigars. Cuevas Reserva is a line that was originally released by Luis Cuevas Sr. in the early 2000s. Soon after, Cuevas Sr. faced a huge dilemma- either invest in the time and resources needed to grow his own brand or focus on the family’s factory operation in the Dominican Republic where he was making cigars for other people.  Cuevas Sr. made the decision to focus on his factory and the brand was essentially discontinued. In 2016, Luis Cuevas Jr. convinced his father that it was time to create their own brand of cigars and Casa Cuevas Cigars was born. Fast forward to 2019, and the decision was made to bring back the Cuevas Reserva brand.

This is the second time Casa Cuevas has landed on the Countdown. The other time was 2018 and that cigar also had a Connecticut Shade wrapper – the Casa Cuevas Connecticut.