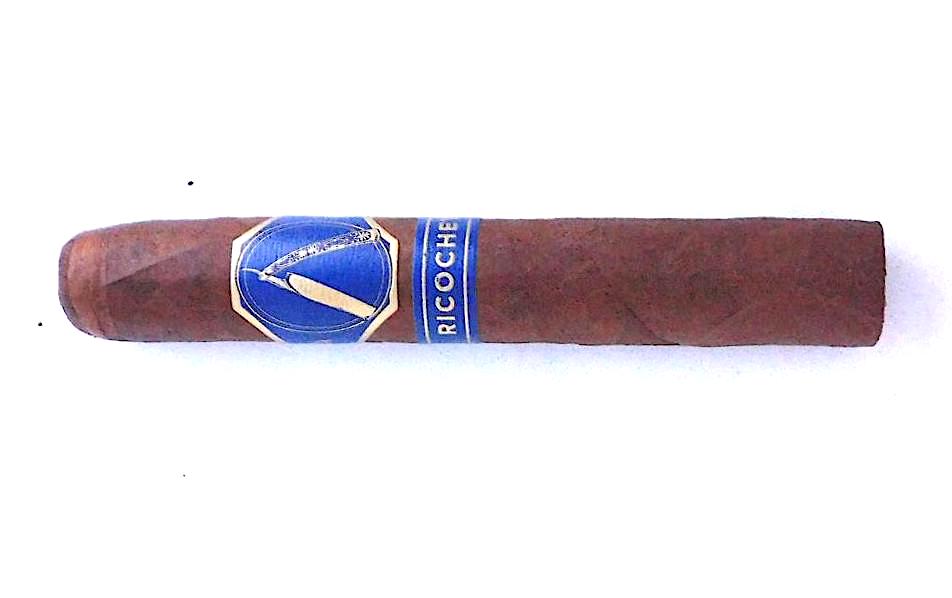 La Barba Cigars was co-founded by Tony Bellatto and Craig Rossi. Bellatto, who serves as the face of the company, also is a wine sommelier. At the time the Ricochet Crü Mexi-Sol was released, Bellatto commented on the Ricochet brand in the La Barba portfolio:

“Ricochet is meant to be a series brand, sort of going back to my roots as a Sommelier, each blend I did takes the components of wines from around the world that I have fallen in love with. The first was blended with my love of Italian Zinfandel or “primitivo” in mind, taking cues from the wine like spicy, earthy, leathery, and a little sweetness and spice. The new Ricochet is modeled after [my] first Left Bank Bordeaux and is very balanced and complex with a definitive spicy minerality, and a touch of soft sweetness.”

Without further ado, let’s break down the La Barba Ricochet Crü Mexi-Sol Gran Robusto and see what this cigar brings to the table:

The La Barba Ricochet Crü Mexi-Sol is offered in four vitolas. Each is packaged in 25-count boxes.

The secondary band rests just below the primary band. This band is also blue with gold powder trim. On the center of the band is the text “RICOCHET” in gold powder font.

A straight cut was used to commence the cigar experience of the La Barba Ricochet Crü Mexi-Sol Gran Robusto. Once the cap was removed, it was on to the pre-light draw phase. The cold draw delivered a mix of earth, mineral, cedar, and dried fruit.I deemed this a satisfactory pre-light draw experience. At this point, it was time to toast up the foot of the La Barba Ricochet Crü Mexi-Sol and await what the smoking phase would have in store.

As the La Barba Ricochet Crü Mexi-Sol Gran Robusto moved into the second third, the earth and mineral notes increased in intensity and, shortly before the midway point, they displaced the natural tobacco and baker’s spice notes. The natural tobacco and baker’s spice moved into the background where some notes of black pepper surfaced on the tongue. The black pepper slowly increased in intensity.

The last third saw the earth and mineral notes still primary. The black pepper and baker’s spice notes were close secondary notes while the natural tobacco sweetness was in the more distant background. This is the way the La Barba Ricochet Crü Mexi-Sol Gran Robusto came to a close. The resulting nub was slightly soft to the touch and cool in temperature.

On each of the samples of the La Barba Ricochet Crü Mexi-Sol Gran Robusto, the burn started out low maintenance but along the way, it did require more frequent touch-ups to keep a straight burn line and straight burn path. While the touch-ups did the trick, there were more touch-ups than I prefer. The resulting ash wasn’t overly firm or loose or flaky. This was an ash with a light gray color. The burn rate and burn temperature were both ideal. 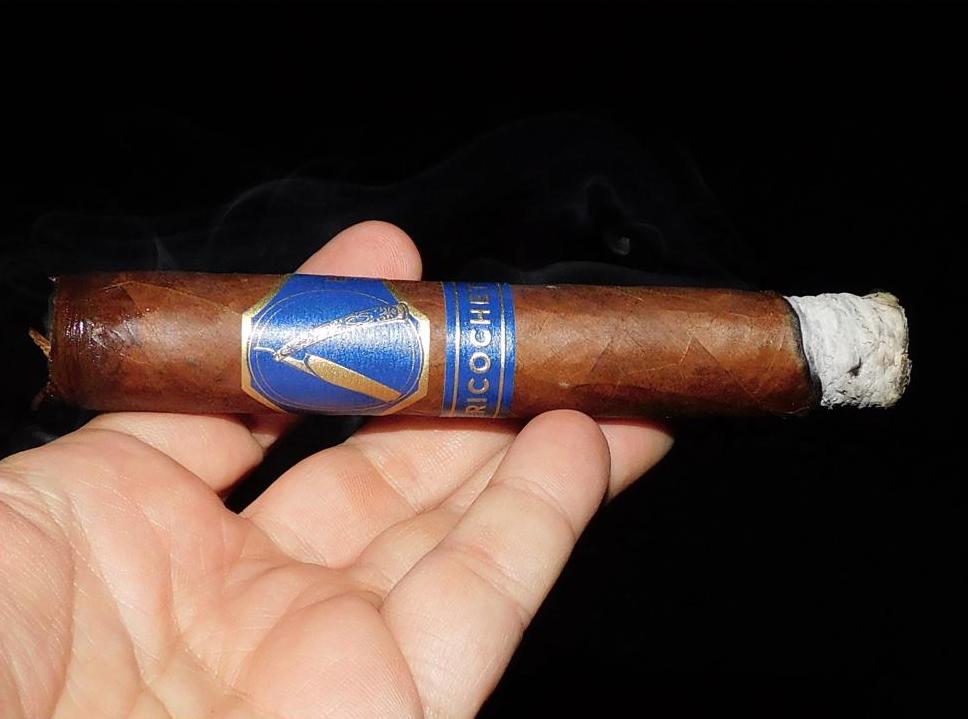 Over the years, I have enjoyed watching the journey that La Barba Cigars has been taking with its portfolio. There are no cookie-cutter blends with La Barba as each blend brings a unique profile. The La Barba Ricochet Crü Mexi-Sol certainly falls into that category. Flavorwise, I did find the first half to perform better than the second half. The medium strength and body of this cigar seemed to fit the flavors delivered very well. In the end, this is a cigar I could recommend to a novice or experienced cigar enthusiast. As for myself, the La Barba Ricochet Crü Mexi-Sol Gran Robusto Is a cigar I would smoke and purchase once again.