“The sweetness early on is going to start as a nice gateway to the cigar experience, but as you get deeper into the smoke, there will be more boldness and more spice – giving the cigar the Nicaraguan edge.” 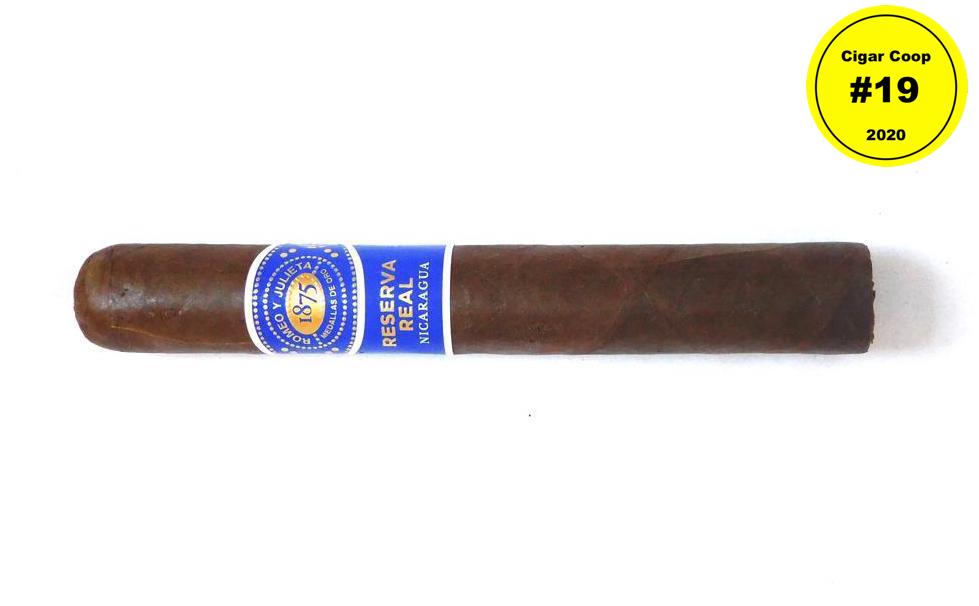 The blend of the Romeo y Julieta Reserva Real Nicaragua line is produced at AJ Fernandez’s factory out of Nicaragua. The AJ Fernandez and Plasencia Cigars factories have been the two factories Altadis has teamed up with for its Nicaraguan cigars. As for the blend, the Romeo y Julieta Reserva Real Nicaragua features 100% Nicaraguan tobaccos that come from Fernandez’s farms in Nicaragua. The Toro size, which lands on the Countdown measures 54 x 6.

The Romeo y Julieta Reserva Real Nicaragua Toro delivered notes of natural tobacco, caramel, earth, fruit, orange rind, pepper, and baker’s spice. The cigar started out medium-bodied, but the boldness quickly kicks in and by the second third progressed to medium to full.