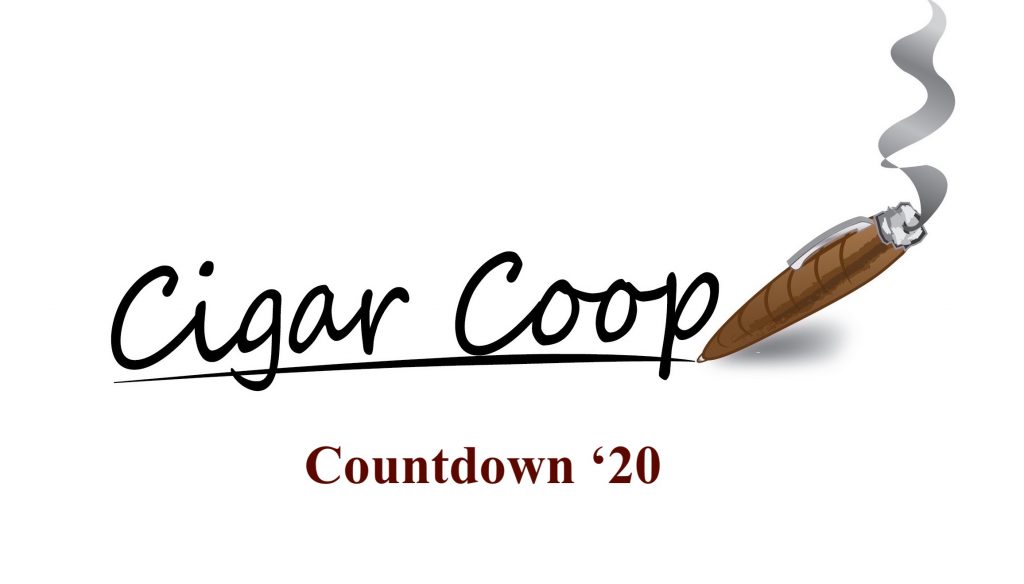 The 2020 Cigar of the Year Countdown is now in the annuls of history. With the Countdown completed, it is time to look at some of the numbers. In this article we look at two items:

Each year, almost every list yields the same set of comments from a cigar of the year list. I imagine future years will see the same answers to the questions – with some tweaks.

1-Cigar of the Year Lists are too subjective

The simple answer is they should be. My list is curated by an individual, and thus should be analyzed as such. The idea here is to provide my audience with “my take” of the best cigars of the year. The Cigar Coop is a subjective list. I’d like to think it’s a pretty good representation, but there are other types of lists that use a different style.

If I wasn’t being subjective, I probably am not doing my job correctly.

With a consistent set of criteria and a solid sample set, Cigar Coop attempts to make a list fair to the best of our abilities.

As we also documented many times, the idea is we don’t want a “cigar released at the 11th hour” to sneak on the list. Much of the changes in terms of release date and review date eligibility is meant to reflect this. We use a two-year window, and cigars are going to sometimes not get reviewed in time. We don’t manipulate the order reviewed and in some cases, the cigar simply doesn’t get reviewed on time.

If I had a dollar for every time that is said, I would be retiring pretty soon.

Our metrics, whether in visitors, page views, or social media comments tell us otherwise. Cigar of the Year season is very important on Cigar Coop. I always say if someone is taking the time to comment that he/she “doesn’t read or pay attention to lists,” they just help fuel that metric.

We do a 30-day countdown that gives each cigar an opportunity to have a day in the spotlight. I’d like to think our write-up gives insights into why the cigar is on the list. The Cigar Coop Countdown criteria documents the process.

5-Why didn’t Cigar XYZ or Company ABC place on this list?

This sounds like a cold response, but I think many cigar reviewers get hung up in providing explanations on this. A lot of work is put into the Cigar Coop list. Everyone is not going to be happy. Everyone is not going to get a trophy. Some will want a bigger trophy. It’s reality. The day a cigar reviewer tries to make everyone happy is the day we as reviewers should hang it up.

We’ll review the data below, but the answer is “yes.” Sponsorship and samples are a part of being in cigar media. We need sponsorship to keep the lights on. This year we were very transparent and worked to keep things fair. You as the audience will be the ultimate judge if they feel the cigar was worthy to be on the list or in a particular spot.

The following is a breakdown of the Top 30 Cigars in various categories. In a lot of ways, more than anything, this is more important as a self-check on what we are doing.

As expected the Toro/Toro Grande and Robusto/Robusto Grande offerings dominated the Countdown with 18 slots secured. This reflects the sizes most reviewed on Cigar Coop.

There were zero lanceros, zero lonsdales, and zero gordo (6 x 60) offerings on the Cigar of the Year Countdown. There were only 4 figurados on the list (three perfectos and one belicoso).

Nicaragua dominated the number of reviews done in 2020 on Cigar Coop with 85 reviews, so it was no surprise that they landed 18 cigars on the Countdown. The one outlier was the one cigar produced in the U.S. That cigar turned out to be The American Toro by J.C. Newman – the cigar that would win our 2020 Cigar of the Year.

The following factories had multiple entries on the Countdown:

There were 26 different companies that landed cigars on the Cigar Coop Countdown. This keeps to our philosophy to review a wide selection of companies throughout the year.

As mentioned sponsorship does not play any role in scoring or end of year ranking. As we reported back in November, non-sponsored cigars had a higher average than sponsored cigars.

In terms of the 2020 Countdown, non-sponsored cigar companies secured 16 spots, just notching out Sponsored Cigar Companies. There were only three sponsors in the top ten, and those companies secured three of the top four spots. Keep in mind we have over 20 sponsors and we take a sponsor on when we believe in its product portfolio. As always, Cigar Coop stands behind all of its rankings and invites you to be the ultimate arbiter.

As mentioned above, samples do not play any role in scoring or end of year ranking. As we reported back in November, purchased cigars had a higher average than cigars where samples were received.