Agile Cigar Reviews are cigar assessments where we use a lightweight, shorter format. These will never take the place of our comprehensive reviews. They are only used on blends we have previously assessed. This might be a blend we are re-scoring or giving a score for the first time. It might be a blend we are looking at in a different size. Today we look at the RoMa Craft Tobac Baka in the Gran Perfecto size. This is a cigar we previously assessed back in June 2020 in the Pygmy size. 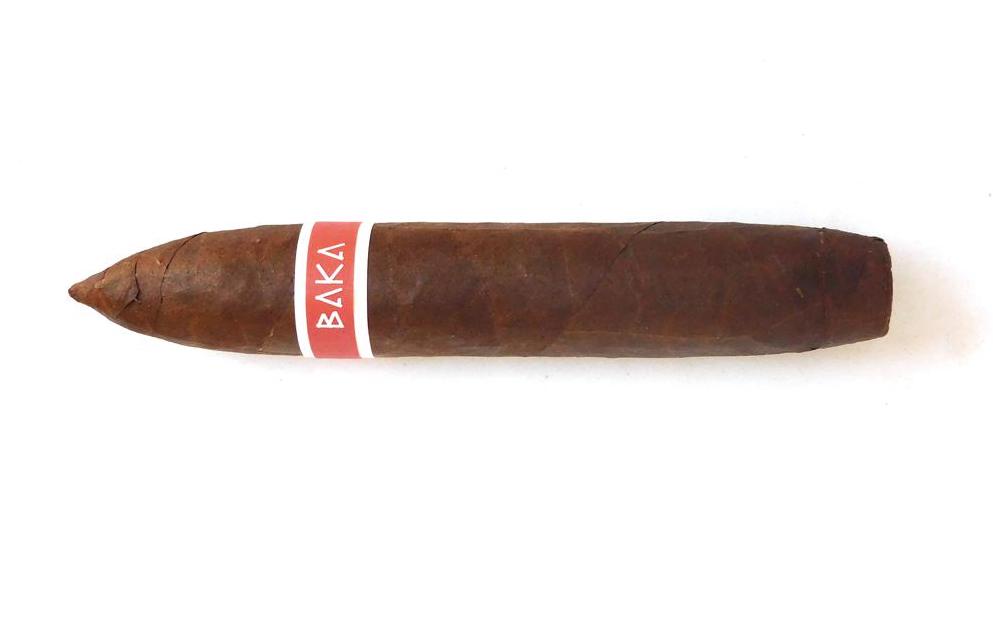 Baka was launched in 2019 and was one of RoMa Craft Tobac’s most anticipated releases. most notably because it would be the company’s foray into using an African Cameroon leaf as a wrapper. The remainder of the Baka blend is not disclosed. Production is handled at the company’s Nica Sueño factory in Estelí, Nicaragua.  The Baka was launched in 2019 with seven planned sizes. The release of the Gran Perfecto brought that total to eight.

The flavors produced on the Baka Gran Perfecto were medium to full, countered by medium strength. The burn required minor, but somewhat frequent, touch-ups. The draw had a touch of resistance – which is something that I like.

Back when I smoked the Baka Pygmy, I was quite impressed with RoMa Craft Tobac’s debut in working with Cameroon. As I mentioned then, “It had its own character in that it didn’t smoke like your typical Cameroon and it didn’t smoke like your typical RoMa Craft Tobac cigar.” While prior to this review, the Pygmy is the only size I have reviewed, I have smoked some of the other sizes and each brings its own characteristics to the table. At the time I reviewed the Pygmy, my initial feedback was I thought some of the larger, thicker sizes worked better. I’m not sure this is the case with the Gran Perfecto as I didn’t find this size worked better, but it still was an enjoyable cigar.

In terms of the value rating, cigars sold in samplers always have it tougher. In order to get the Baka Gran Perfecto, you will have to spend money on a wholesampler. While it might be hard to try a sample of the Baka Gran Perfecto, it would be the ideal way to go about deciding on this cigar. In my opinion, some of the other Baka sizes still stand out without requiring a sampler purchase.