Agile Cigar Reviews are cigar assessments where we use a lightweight, shorter format. These will never take the place of our comprehensive reviews. They are only used on blends we have previously assessed. This might be a blend we are rescoring or giving a score for the first time. It might be a blend we are looking at in a different size. Today we look at the Mi Querida Gran Búfalo by Dunbarton Tobacco & Trust. This is a cigar we previously assessed back in December 2017 in the Gordita size. 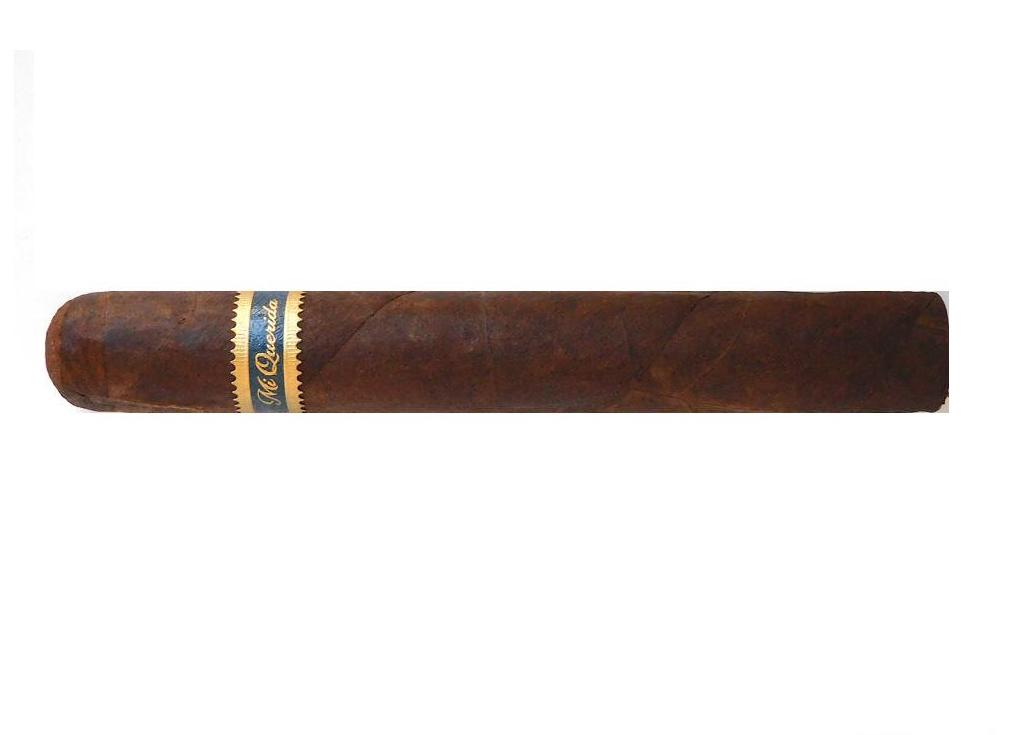 The name Mi Querida is Spanish for “my dearest”, but it is also a term commonly referring to a husband’s mistress. In particular, in Nicaragua, it refers to one’s “secret mistress” (since it is often common for a wife to know about the mistress). This secret mistress is the “dirty little secret” and thus plays into the connection of the cigar’s profile. Saka says this also fits into the theme of the cigar as he has described this as a cigar as being more gritty and a bit “dirtier” in terms of its profile.

Gran Búfalo was originally released under the name Mas Sucia but was eventually renamed. It’s part of the original Mi Querida (Blue) offering. Like the rest of the blend for the Mi Querida, it consists of all Nicaraguan tobaccos with a Connecticut Broadleaf wrapper. It’s produced at the NACSA factory under the eye of Raul Disla taking direction from Saka. Mi Querida Gran Búfalo is a regular production line. While most of the Mi Querida (Blue) line is packaged in 20-count boxes, the Gran Búfalo comes packaged in 10-count boxes.

The Mi Querida Gran Búfalo delivered a profile of damp earth, cocoa, natural tobacco, citrus, and red pepper. During the first third, the cocoa and damp earth notes were prominent. As the cigar progressed into the second third, the cocoa notes were replaced by a coffee note. There was an increase in the citrus and red pepper notes in the second half. The final third of the cigar experience delivered much more in the way of pepper spice and this became a dominant note with the damp earth and cocoa.

The flavors delivered by the Mi Querida Gran Búfalo were medium to full and countered by medium to full strength. The construction was excellent and this was evident in the burn and draw.

The Mi Querida Gran Búfalo is simply an excellent cigar. If you are looking for a Dunbarton Tobacco & Trust 60+ ring gauge offering, the Gran Búfalo is the cigar for you. This cigar delivers big, bold flavors complete with the “dank” profile that Steve Saka has often talked about. What I find so good about the Mi Querida line is how it performs well in a smaller offering such as the 4 x 48 Gordita all the way up to the 7 x 64 Gran Búfalo size. Given this is a little bolder, I’d still steer this to a more experienced cigar enthusiast. At 90 points, it reaches the “Standard of Excellence” threshold on Cigar Coop. It’s a cigar I would smoke again – and buy multiples of.