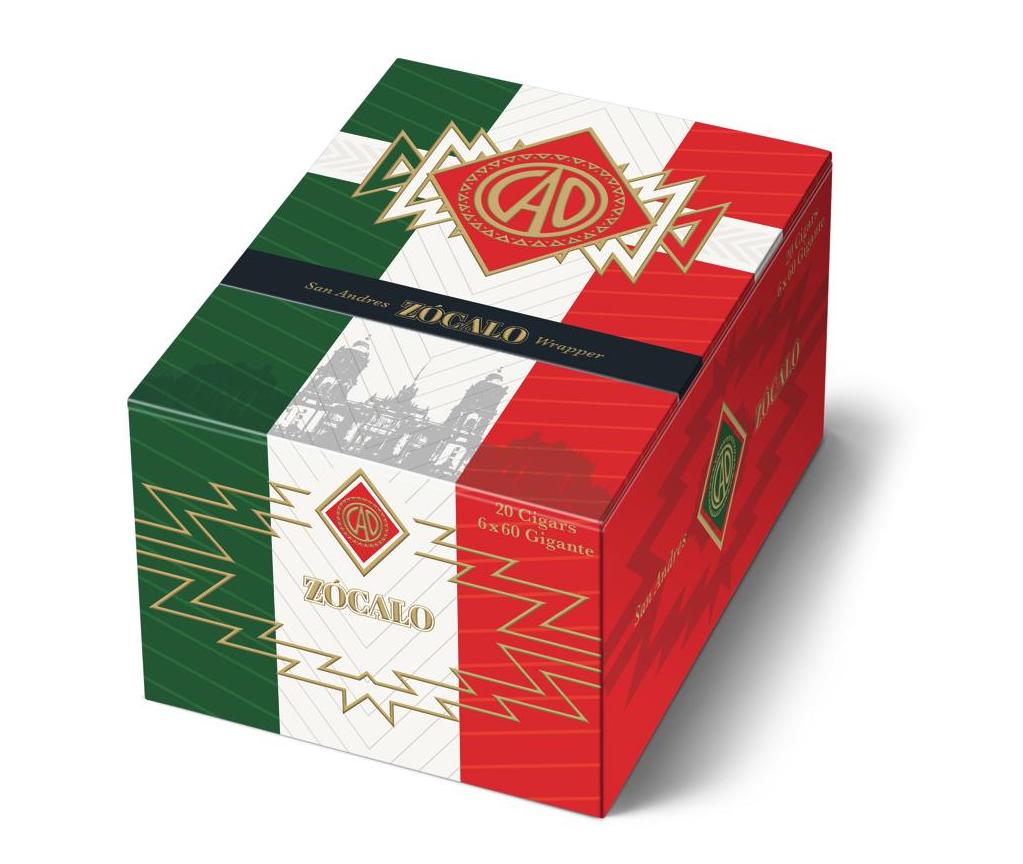 The CAO Zócalo, a limited edition cigar released in 2018 will be making a return – this time as a regular production cigar. The Zócalo was CAO’s first cigar to feature a Mexican wrapper. When it was released two years ago, it was released in a 6 x 60 format. The 6 x 60 returns along with a Toro and Robusto offering.

In a press release CAO Blender/Ambassador Rick Rodriguez said, “Two years ago, we tested a blend with a wrapper from Mexico, launching Zócalo in a 6 x 60. The response was very positive. The only negative feedback we received was that the blend came in just one size. Our fans told us that they would definitely support Zócalo if we had more sizes to offer. Fast forward to 2021 and here we are launching Zócalo as a permanent, three-cigar line.”

In addition to a San Andres Mexican Morron wrapper, the CAO Zócalo features a Cameroon binder and a filler of entirely Nicaraguan tobacco. The cigars are pretend in 20-count boxes which have received updated packaging.

The cigars are expected to ship to retailers beginning March 5th.

At a glance, here is a look at the CAO Zócalo: