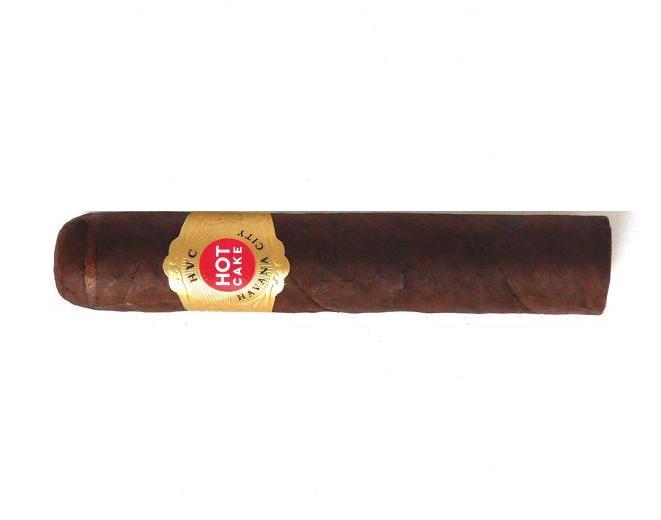 During the Summer of ’20, HVC Cigars unveiled a new regular production offering known as Hot Cake. Whether the name is a tribute to the popular breakfast food, or simply because the cigar will “sell like hot cakes” is a bit unclear. What we do know is that this is not the first time HVC founder Reinier Lorenzo has used a “pancake-like” name for his cigars. One of the first releases done by HVC was the Pan Caliente – which is Spanish for Hot Cake. Today, we take a closer look at the HVC Hot Cake – in the Laguito No. 4 (Short Robusto size). 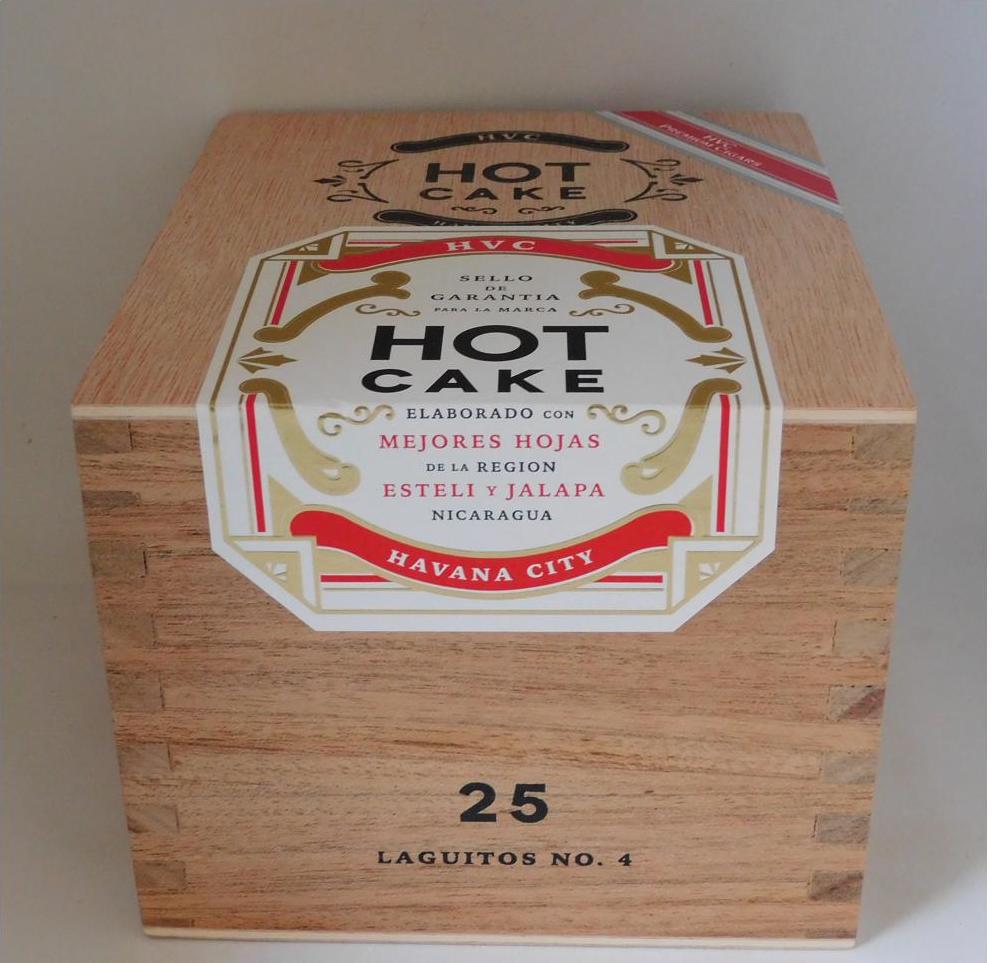 HVC Cigars was founded in 2011 by Reinier Lorenzo. The name HVC stands for Havana City. It pays homage to Havana, Cuba where Lorenzo grew up in post-revolution Cuba. The company works exclusively with Aganorsa Leaf’s Tabacos de Valle Jalapa S.A. (TABSA) in Estelí, Nicaragua. Many brands have leveraged TABSA, but over the past couple of years, Lorenzo has been striving to do some innovative things with his blends. In 2018, the HVC First Selection Broadleaf was released – becoming TABSA’s only major Connecticut Broadleaf release. With Hot Cake, Lorenzo is incorporating a what is described as a newer tobacco known as Corojo 2006 Maduro.

Without further ado, let’s break down the HVC Hot Cake Laguito No. 4 and see what this cigar brings to the table.

The blend for the HVC Hot Cake features a San Andres wrapper. The blend also uses Nicaraguan tobaccos from the Aganorsa farms. This includes Corojo ’98 from Estelí for the binder and a component of the filler. The filler also uses utilize three different varieties of the Corojo 2006 Maduro described above.

The HVC Hot Cake is offered in three sizes. Each is presented in 25-count boxes. 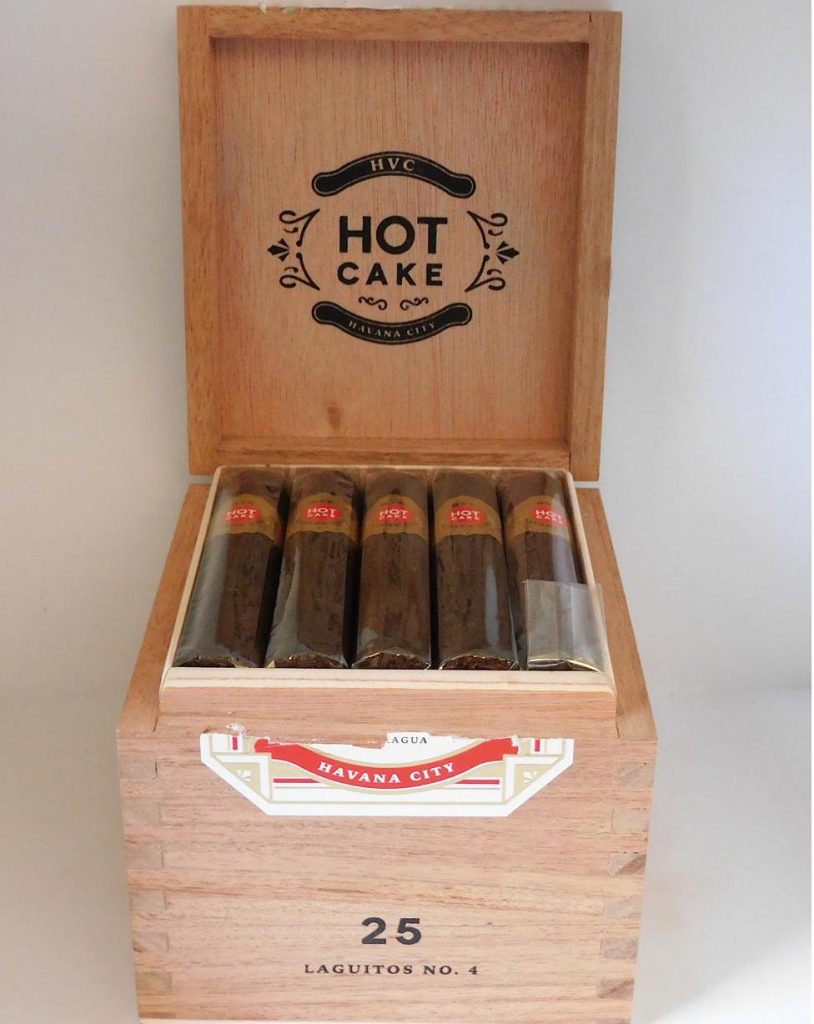 The San Andres wrapper of the HVC Hot Cake Laguito No. 4 had a chocolate color to it. There was a slight amount of mottling visible on the surface of the wrapper. The wrapper didn’t have much in the way of oil on it. This was a wrapper that was slightly bumpy. There were some thin visible veins and thin visible wrapper seams. 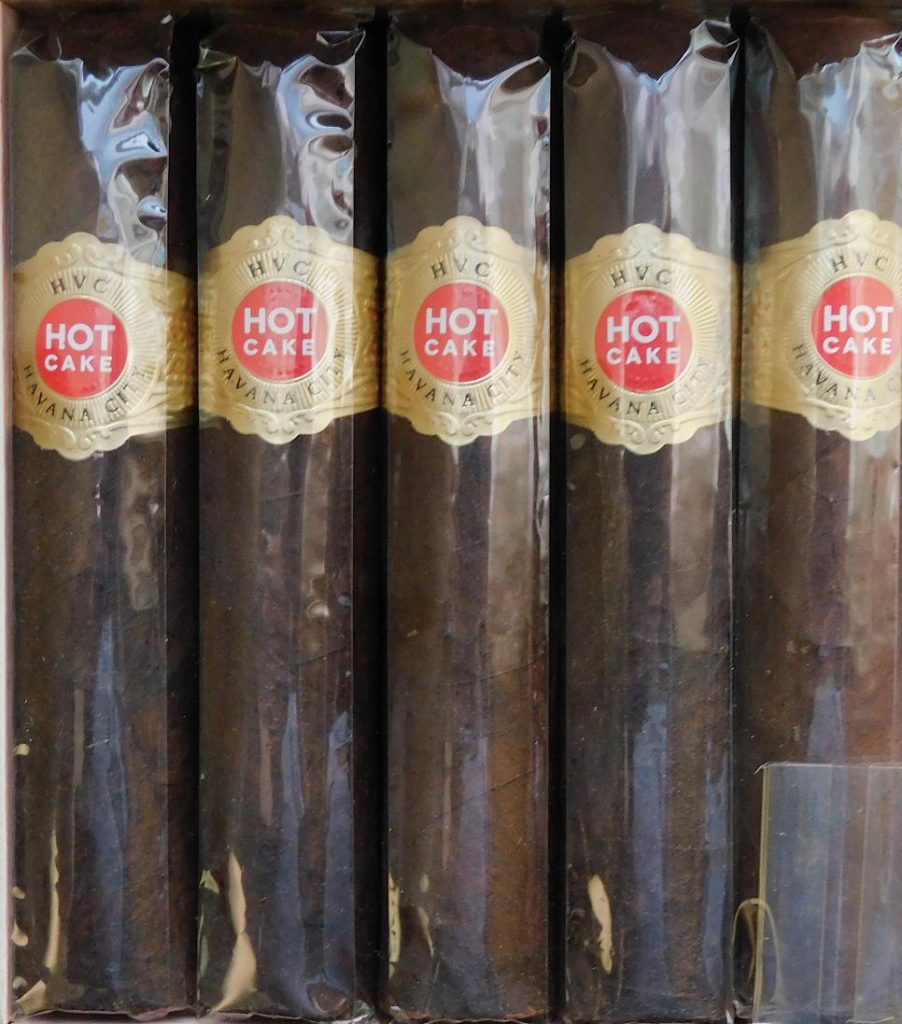 A straight cut was used to commence the cigar experience of the HVC Hot Cake Laguito No. 4. Once the cap was removed, it was on to the pre-light dry experience. The cold draw delivered a mix of cocoa and sweet fruit notes. While it was a simple profile for the pre-light draw, it was one that was satisfying. At this point it was time to light up the HVC Hot Cake Laguito No. 4 and see what the smoking phase would have in store.

During the second third of the HVC Hot Cake Laguito No. 4, the cocoa notes remained grounded in the forefront. As the cigar continued through this segment, the earth notes started to surface in the forefront at times. The fruit notes also varied in intensity, but for the most part remained in the background. There also was a gradual increase in the red pepper on the tongue.

By the last third, the earth notes joined the cocoa in the forefront. The red pepper was more prominent, but did not become a primary flavor. There still was some fruit sweetness in the background. This is the way the HVC Hot Cake Laguito No. 4 came to a close. The resulting nub was firm to the touch and cool in temperature.

The HVC Hot Cake was a well constructed cigar and this reflected nicely on the burn. This was a cigar that maintained a straight burn line and straight burn path – not requiring an excessive around of touch-ups. The resulting ash was firm with a silver-gray color. The burn temperature was ideal. This was a slow burning cigar, but it didn’t have any adverse effects unless you consider a longer average smoke time (74 minutes) one of them. 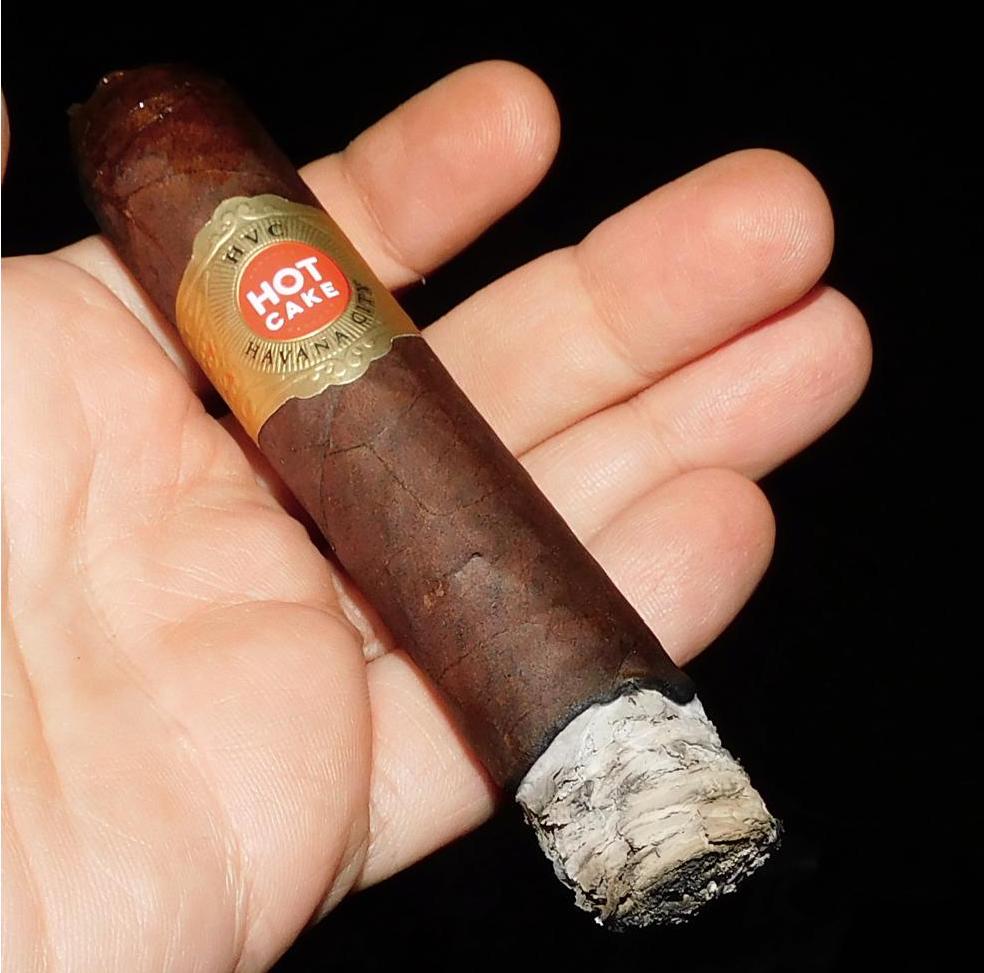 Burn of the HVC Hot Cake Laguito No. 4

The excellent construction reflected on the performance of the draw of the HVC Hot Cake Laguito No. 4. This was a cigar that had the touch of resistance to it – something that I like. This most likely contributed to the slower burn rate, but as mentioned this made for a better smoking experience.

In terms of strength and body, the HVC Hot Cake was a solid medium. The intensity level didn’t vary much through the smoking experience. At the same time, both the strength and body balanced each other nicely with neither attribute overshadowing the other.

While I didn’t find the HVC Hot Cake Laguito No. 4 to be the most complex of smokes, I was quite impressed with the flavors delivered and how the individual notes interacted with each other. Add some great construction into the equation and Reinier Lorenzo has another winner in his portfolio.  I found the Short Robusto format of the Laguito No. 4 worked very well for this blend. In the end, this is a very approachable cigar for both a novice or experienced cigar enthusiast. As for myself, this is a cigar I would smoke again – and it’s one I would buy multiples to keep in my humidor. Coming in with a score of 90 points, the HVC Hot Cake Laguito No. 4 earns the Cigar Coop Standard of Excellence rating.