Agile Cigar Reviews are cigar assessments where we use a lightweight, shorter format. These will never take the place of our comprehensive reviews. They are only used on blends we have previously assessed. This might be a blend we are rescoring or giving a score for the first time. It might be a blend we are looking at in a different size. Today we look at The Tabernacle Goliath by Foundation Cigar Company. The Tabernacle is a cigar line we previously assessed in the David size back in March 2021. 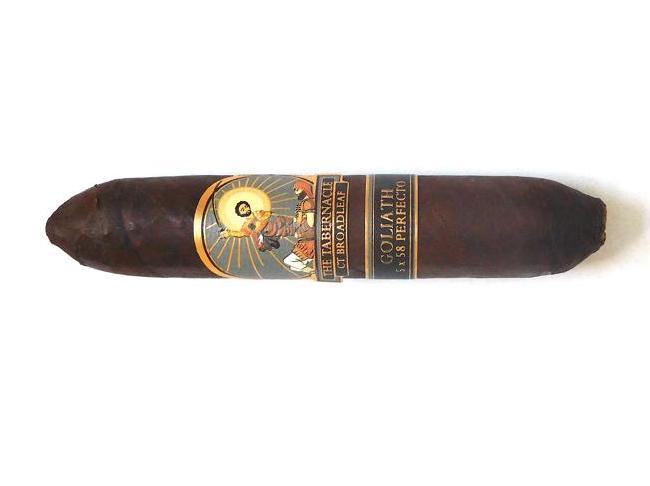 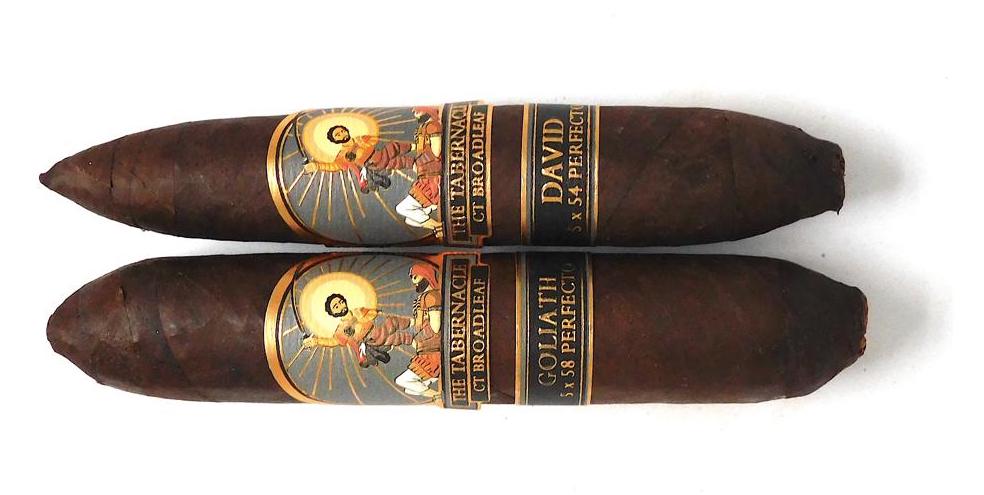 The David and Goliath extensions feature different bands from the rest of The Tabernacle line. The primary bands are highlighted by an image of David defeating Goliath. The secondary band features the vitola name and the size.

At the start of the smoking experience, The Tabernacle Goliath delivered notes of cocoa, red pepper, citrus, and earth. The cocoa and earth moved into the forefront while the citrus and pepper settled into the background. During the first third, some mineral notes surfaced in the background. By the second half, the earth notes took over as the primary note, and the pepper started to increase. The last third saw the cocoa notes re-emerge from the background, but both the pepper and cocoa didn’t quite displace the earth notes.

The ultimate question is whether it’s David vs. Goliath as far as a choice of perfecto with the Tabernacle line. Without question, the Goliath gets the edge here. I found the larger ring size offered a little more in the way of complexity. The Goliath didn’t deliver as prominent a mineral component on the flavor profile and I think that worked in favor of this blend – plus it gave it a little more boldness (something I thought the David needed).  In the end, when you ask me David vs. Goliath vs. the Tabernacle Toro, the Tabernacle Toro still is going to get the edge for me. Like the David, I didn’t find the Goliath delivered the rich Connecticut Broadleaf flavors that I would expect from a Broadleaf line. In the end at $14.00, this is a cigar I’d recommend giving a try first and seeing if it hits your flavor profile.