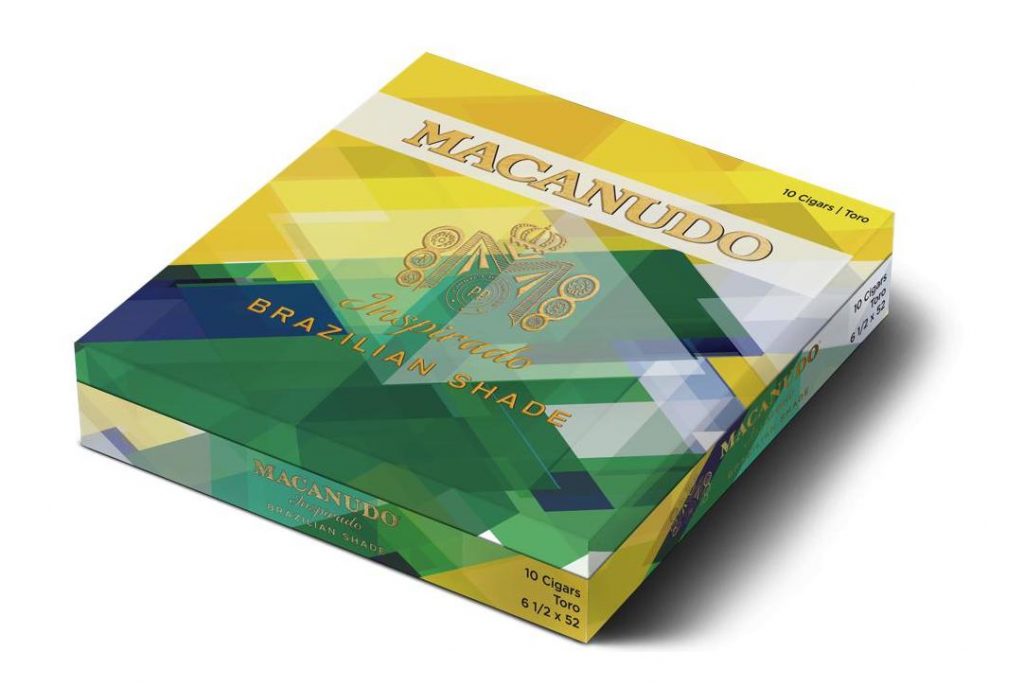 General Cigar Company’s Macanudo brand brings a contemporary look and feel. It has also served as an innovation platform with the Macanudo brand. In this case, as the name indicates the cigar features a proprietary Brazilian-grown Connecticut Shade wrapper from the Bahia region. In addition to the Brazilian Connecticut Shade wrapper, the cigar uses a Mexican San Andres wrapper and a filler blend that General features “Dominican Cubita.” Dominican Cubita is a proprietary sun-grown tobacco cultivated n the bucolic region of Mao, Dominican Republic. In addition to the Dominican Cubita, the fillers also feature Brazilian, Dominican Piloto Cubano, and Nicaraguan Jalapa.

In a press release, Steve Abbot, senior brand manager of Macanudo, said, “Macanudo Inspirado Brazilian Shade required a significant investment in agronomy, spanning Central and South America. This blend speaks to the lengths that we as a brand will go to in order to bring excitement to premium cigar smokers, and we’re confident that cigar lovers will be drawn to the singular experience this blend delivers.”

The cigars are scheduled to ship to retailers on May 4.

At a glance, here is a look at the Macanudo Inspirado Brazilian Shade: