Agile Cigar Reviews are cigar assessments where we use a lightweight, shorter format. These will never take the place of our comprehensive reviews. They are only used on blends we have previously assessed. This might be a blend we are rescoring or giving a score for the first time. It also might be a blend we are looking at in a different size. Today we look at Southern Draw’s Rose of Sharon Desert Rose in the Lonsdale size. This is a cigar we previously assessed in the Box-Pressed Belicoso Fino size back in April 2020. 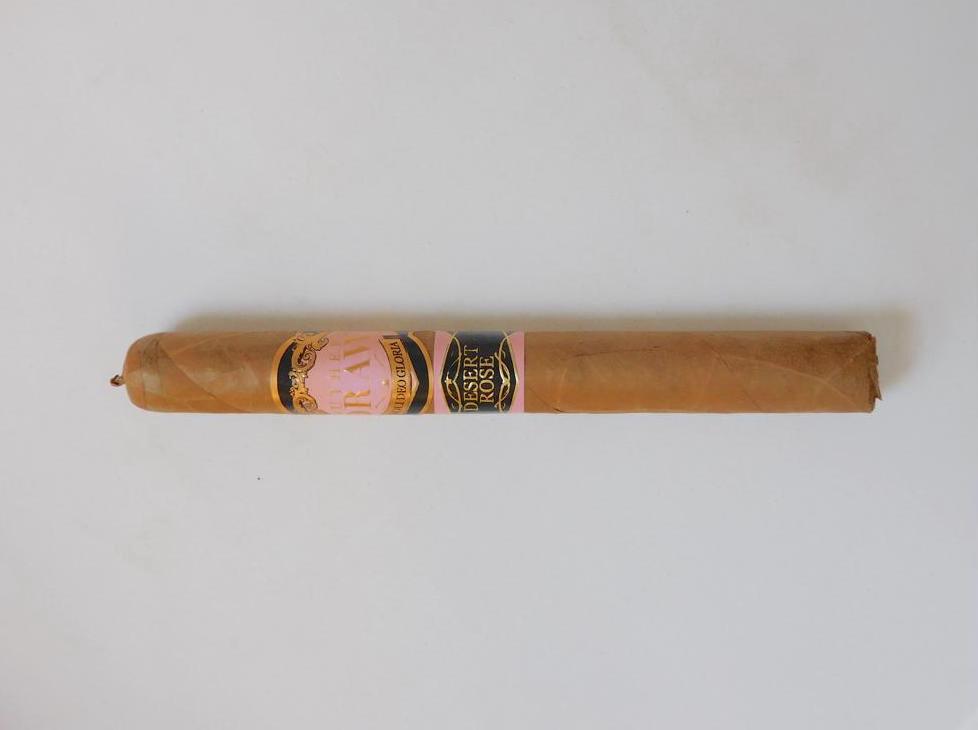 In 2020, Southern Draw Cigars introduced two line extensions in the form of a Toro and a Lonsdale to its Rose of Sharon Desert Rose. Desert Rose was introduced in 2019 as a limited production offering and an offshoot of the popular Rose of Sharon line, the premium Ecuadorian Connecticut Shade line in the Southern Draw portfolio. Desert Rose utilizes a modified blend featuring a thicker, heartier Ecuadorian Claro wrapper the company calls “Cloud Grown.” The original from the 2019 launch was in the form of a box-pressed Belicoso Fino. The addition of the Toro and Lonsdale brings the total number of sizes to three. While the Toro size was an exclusive to Famous Smoke Shop, the Lonsdale was made available nationwide to brick and mortar stores. Today we take a closer look at the Lonsdale. 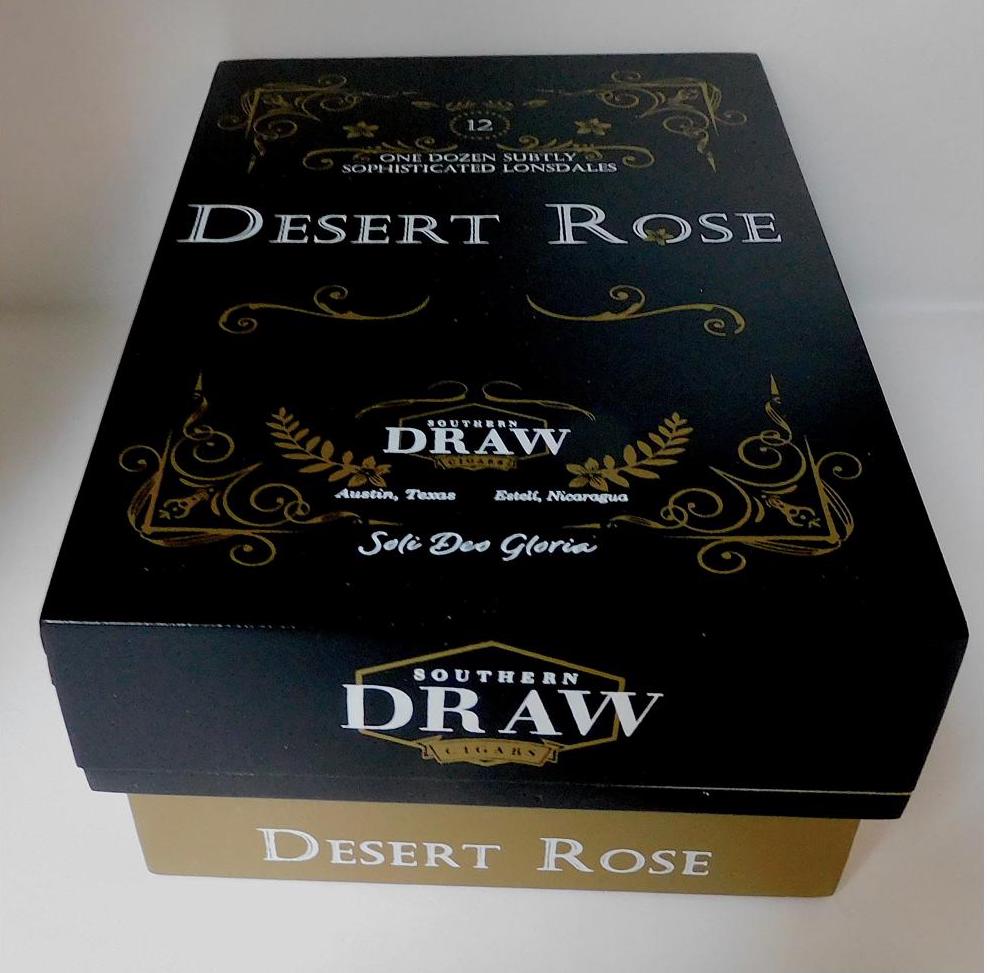 In addition to the Ecuadorian Claro wrapper, the Rose of Sharon Desert Rose uses a Nicaraguan Habano wrapper from the Condega region and fillers consisting of Honduran Corojo ’99 and Dominican Piloto Cubano. The Lonsdale is a classic 6 x 44 format that is packaged in 12-count boxes. Production is handled out of Southern Draw’s longtime manufacturing partner, Tabacalera AJ Fernandez de Nicaragua. 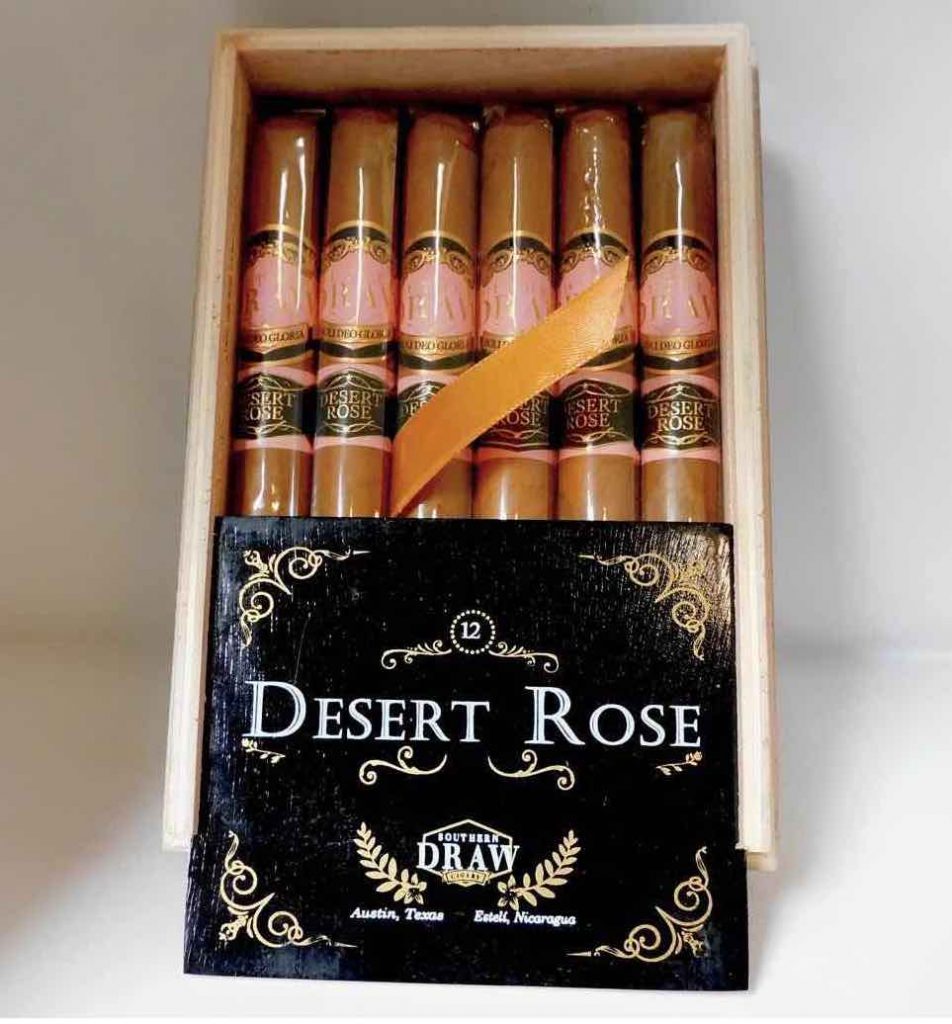 The Southern Draw Desert Rose Lonsdale kicks off with notes of cream, cedar, berry, and earth. The berry had a touch of a burnt quality to it that actually enhanced the flavor. Early on the cream and berry flavors became prominent. Later in the first third, notes of black pepper and baker’s spice joined the cedar and earth notes in the background. During the second third, the earth notes joined the cream notes in the forefront. The berry receded into the background. During this time there was also an increase in the black pepper notes. By the final third, the cream notes subsided, leaving the earth as the main primary note. There were still notes of cream, berry, black pepper and cedar rounding out the flavor profile. 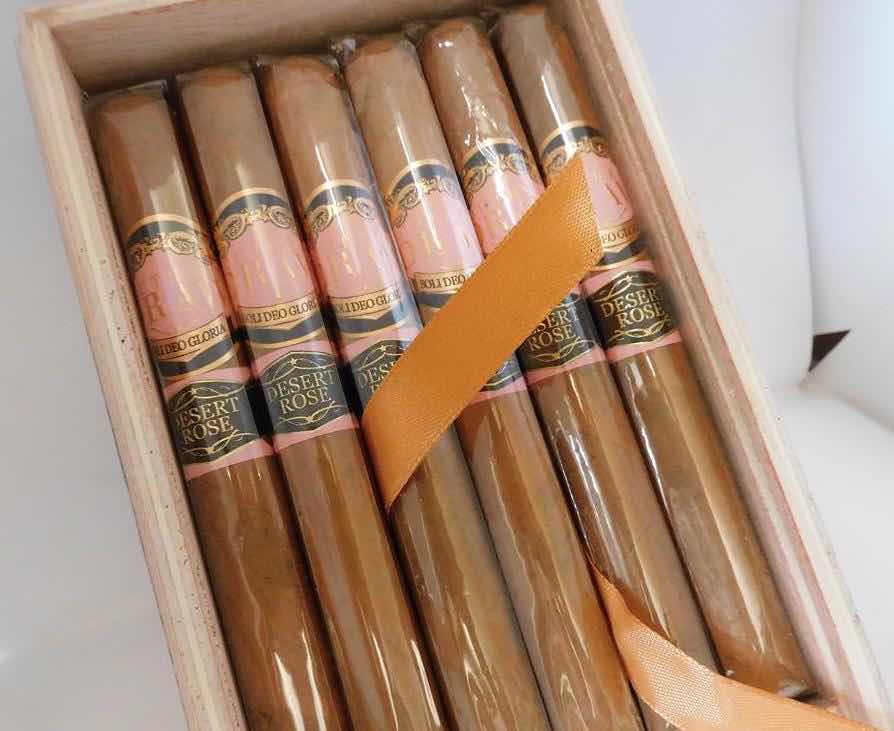 The draw was excellent – delivering a touch of resistance. As for the burn, this gets our highest rating – exceptional. This burn almost required no touch-ups – and maintained a beautiful ash.

Before getting to my final thoughts on the actual performance of the cigar, I wanted to mention a couple of things. First, I was thrilled to see the Desert Rose Lonsdale get its own box as opposed to the Mazos that the Belicoso Fino were originally packaged in. Second, I was very pleased to see Southern Draw release a Lonsdale – a size we really haven’t seen much.

When the original Desert Rose Belicoso Fino was released, it was a near-perfect storm of flavor, construction, and complexity. The Lonsdale isn’t quite at that level, but it is very good. This is a cigar I could recommend to any cigar enthusiast, any time of the day. It’s a cigar I would smoke again and it certainly garners box-worthy consideration.