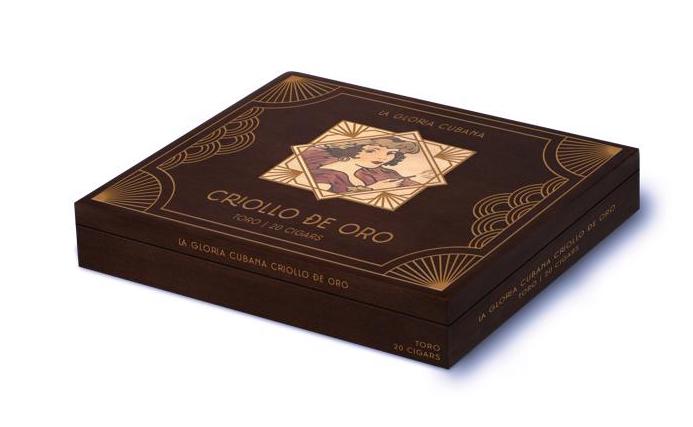 There is a new limited edition La Gloria Cubana coming from Forged Cigar Company. It’s called Criollo de Oro and it’s named after a hybrid varietal used for its wrapper developed by crossing two Cuban seed tobaccos: the Criollo ’98 and the rare Cuban seed Pelo de Oro. The cigar is expected to arrive at retailers in October.

The Criollo de Oro wrapper was sun grown in the Mao region of the Dominican Republic. In addition, the cigar features a Connecticut Broadleaf binder and a mix of Nicaraguan and Honduran filler. The cigar is produced at the El Credits Cigar Factory, a sub-factory within General Cigar Dominicana. The collection will be available in two sizes: Toro and Churchill. The cigars are presented in 20-count boxes with a total production of 3,100 boxes.

In a press release Steve Abbot, senior brand manager for La Gloria Cubana, commented, “We created Criollo deOro in the La Gloria Cubana in the tradition of blending proprietary and traditional tobaccos to deliver exciting smoking experiences. Our artisans have delivered a cigar with a distinctive taste profile, crafted according to the brand’s meticulous standards. We’re confident that Criollo de Oro will appeal to a wide range of discerning premium cigar enthusiasts.”

At a glance, here is a look at the La Gloria Cubana Criollo de Oro: