Agile Cigar Reviews are cigar assessments where we use a lightweight, shorter format. These will never take the place of our comprehensive reviews. They are only used on blends we have previously assessed. This might be a blend we are re-scoring or giving a score for the first time. It might be a blend we are looking at in a different size. Today we look at the Montecristo 1935 Anniversary Nicaragua Demi. This is a cigar previously assessed in the core line back in June 2021 in the Churchill size. 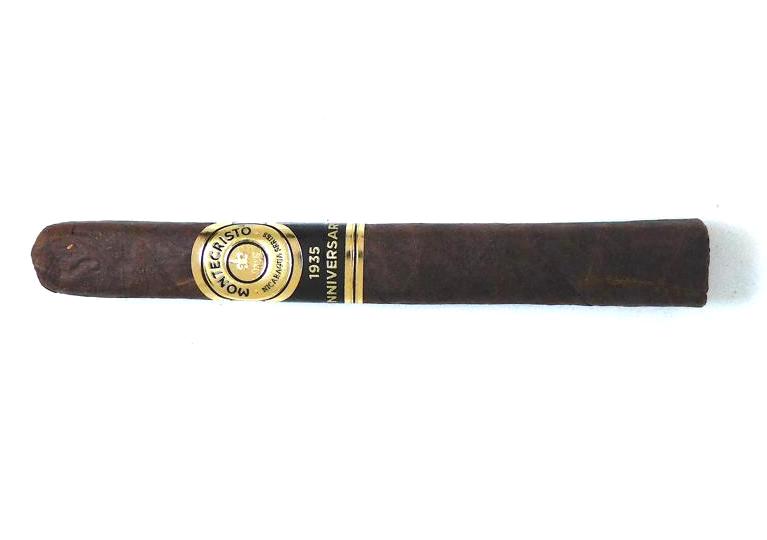 In 2020, the 85th anniversary of one of the iconic cigar brands in history occurred. To celebrate the year, Altadis USA released the Montecristo 1935 Anniversary Nicaragua. It’s a regular production cigar that pays homage to the year Montecristo was formed, and it’s a cigar that continues the brand’s foray into making Cigars in Nicaragua. Today we take another look at the Montecristo 1935, this time in a 5 1/2 x 46 box-pressed vitola known as the Demi. 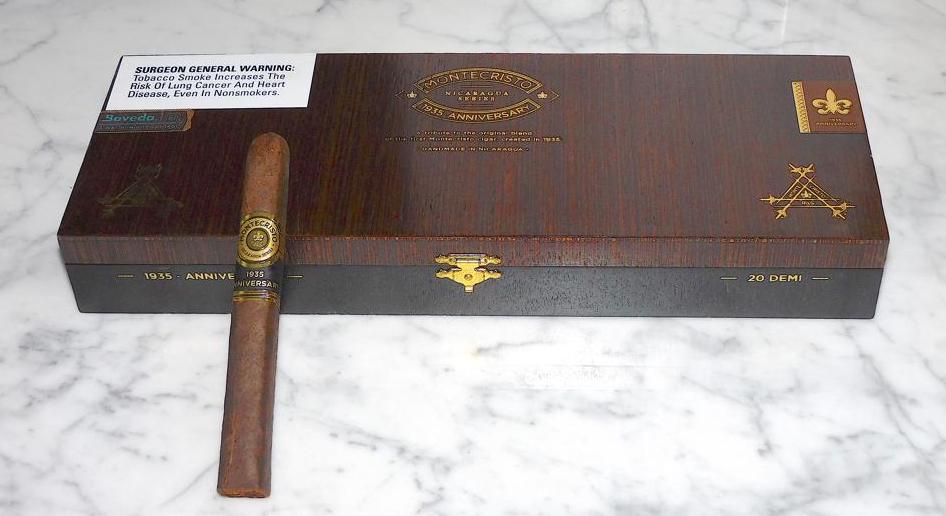 The Montecristo 1935 Anniversary Nicaragua is produced by AJ Fernandez. Fernandez and Plasencia have been Altadis’ Nicaraguan-based manufacturing partners. For this particular cigar by Fernandez, production is handled at his San Lotano factory located in Ocotal, Nicaragua. As for the blend, it is 100% Nicaraguan tobaccos. The blend is described by Altadis USA as using aged tobaccos meant to pay homage to the original tobaccos used in the first Montecristo cigar. The Demi is one of four soft box-pressed sizes in the line – which also pays homage to the tradition of soft-pressing cigars. The Demi is the one size that comes in 20-count boxes (the other three come in 10-count boxes).

Both the strength and body came in at a medium. There was a slight increase in the intensity of both attributes as the cigar experience progressed. The body held a slight edge over the strength. As for the burn, it was low maintenance requiring minimal touch-ups to keep a straight burn path and straight burn line. The draw had a touch of resistance and was at an ideal level for a box press.