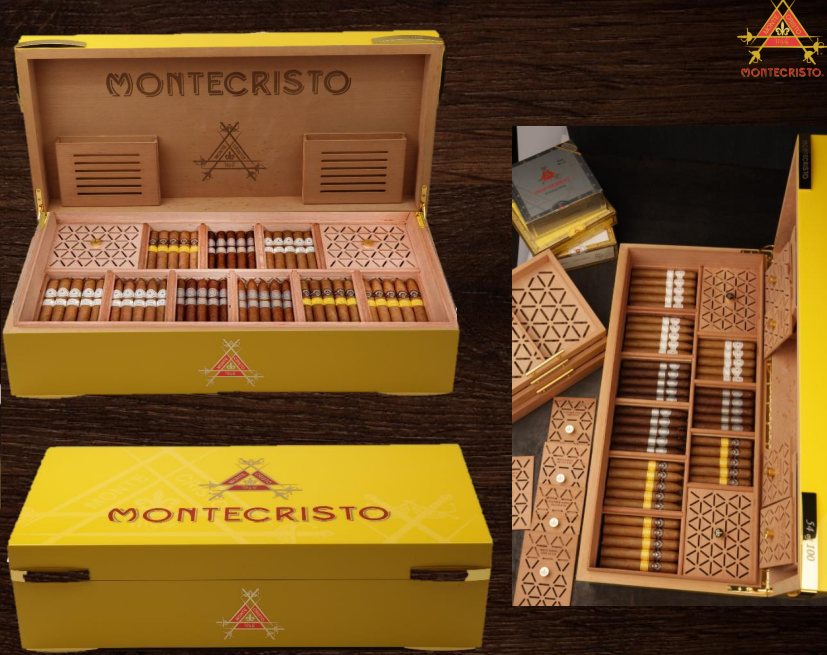 Altadis USA has announced it is releasing the Montecristo Collector Series Humidor. It’s a limited-edition humidor set that is aimed at the serious Montecristo Cigar Enthusiast. The launch of the humidor will coincide with the 2022 Tobacconists Association of America (TAA) convention being held October 24-28 in La Romana, Dominican Republic – the hometown of Montecristo maker Altadis USA.

Each humidor will contain 135 cigars including the Montecristo Classic Series, Montecristo White Series, and Montecristo Platinum Series. Each Montecristo series will be offered in a variety of popular sizes including the Rothchilde 52 x 5, Toro 54 x 6, and the No. 2 52 x 6 1/8. Each cigar has a customized cedar compartment within the stylish humidor, which will be shipped in a separate custom branded container, humidity-controlled and organized by size.

A total of 100 individual humidors in the Montecristo Collector Series will be made available. Pricing is set at $5,000 MSRP for both the humidor and cigars. The units will be available in the U.S. immediately after the TAA Convention.

The Montecristo Collector Series Humidor retails for $5,000 MSRP and includes both the humidor and the cigars. It will be available stateside immediately following the TAA Meeting & Convention.